One cancer patient's bizarre online odyssey after a dangerous character befriends her—and lies about the unthinkable. 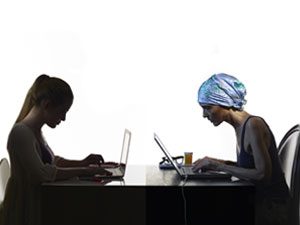 Valerie was sitting on her boyfriend’s bed on the morning of September 16, 2010, when she detected what 12 percent of women will face in their lifetime: a tiny lump in her breast. She didn’t panic. She was only 36, ate organic foods, and biked 100 miles a week, and her annual breast exam had been lump-free only four months earlier. But an ultrasound confirmed what Valerie had felt: a pebble-size mass that turned out to be stage 2A, HER2+ invasive ductal carcinoma—an aggressive form of breast cancer that requires chemotherapy to treat.

The mass was so small, her doctor said it was a miracle she’d noticed it. Then, “when he saw my lymph node, everything changed in the room,” Valerie remembers. The cancer had already spread to her left arm.

The following week was a blur of tests and scans, of calling relatives, crying, and adjusting to the abrupt new reality that she might die soon. And if she did live, it could be without her breasts or the possibility of ever getting pregnant. “I think that was probably the hardest to hear—that I could never have children,” Valerie says. “I’ve always wanted to have children.”

She was a relatively recent Seattle transplant, so her diagnosis was compounded by the fact that most of her loved ones were across the country.

“I really didn’t have an immediate support system beyond my boyfriend and my cats,” she says. “The isolation gets to you—you can’t get a hug over the phone.”

Which is why, only two days after her diagnosis, Valerie began to blog about her battle with cancer. She wanted to keep her family informed about her treatment and, she hoped, find support from someone going through the same struggle she was. She decided to call her Tumblr blog CatsNotCancer. Over the next year, Valerie documented her daily ups and downs: how she named her breasts and the cancerous lymph node she would have removed and how she shaved her hair for Locks of Love. CatsNotCancer quickly gained more than 2,100 followers on Tumblr, and Valerie took the time to respond to everyone who left messages on her blog looking for guidance or empathy.

That’s how she met Beth three months later, in December 2010.

“She was a fellow blogger who had introduced herself and said she was going through treatment for lymphoma,” Valerie recalls. “I had just undergone my fourth round of chemo, and I was feeling really sick. It was an accomplishment to put up a blog post during the day.”

Nevertheless, she responded to Beth’s overture, and for the first week, their communication was casual. The 19-year-old Wisconsin native, who appeared healthy in photographs, talked about her struggles with balancing lymphoma treatments and college classes (she was studying to become a psychologist), and the two talked about their favorite TV show, Lost.

Then one day, Valerie received a note from Beth via Tumblr that simply read, “Can you get pregnant while on chemo?”

It struck a chord.

“I wrote back and said, ‘Well, I can’t get pregnant while on chemo …,’ but I admitted that I didn’t know her treatment and couldn’t know what she was going through,” Valerie says. She urged Beth to contact her oncologist immediately. Instead, Beth messaged again, intimating that she’d gotten pregnant after being raped.

“I immediately sent her my phone number and personal e-mail address and urged her to call me,” Valerie says. Beth called within minutes, and the two had their first phone conversation, during which Beth explained that a family member had abused her and her six-year-old cousin. Beth sounded young and painfully shy, and yet “she was almost casual about the whole thing,” Valerie says. “She was hesitant to even call what had happened rape.” In an e-mail sent the day after their conversation in December, Beth wrote, “Well, I guess it’s rape then because I did not want that at all. That word is so gross sounding to me. It makes me so angry. Like the whole thing is just gross, but secondly, I could have gotten really sick from that! Inconsiderate.” Beth ended the e-mail with: “Blah, blah, rant over lol :).”

It put Valerie on high alert. “I kept thinking inconsiderate is one of the last words I’d use to describe rape,” she says. Her skepticism grew when she received an e-mail from Beth that read, “Well … I am officially pregnant. This is my worst nightmare. Horrible. I want to die. I am mortified :(.”

Despite her growing suspicions, she continued to e-mail Beth.

“I was trying to keep an open mind,” Valerie explains. “I’d known this girl only a few weeks, and it sounded like she had people in her life mistreating her. I just wanted to offer what support I could.”

While Beth e-mailed daily updates on her pregnancy—“Aborting it is what [my doctor] would recommend his daughter to do. He doesn’t think I could handle it mentally or physically. Blah blah”—Valerie contacted her own oncologist about what she’d read on Beth’s blog. She remembers one post about Beth throwing up blood between classes and then getting a hefty five-unit blood transfusion before blogging later in the day, which Valerie’s doctor said was ridiculous. He also said that a patient with her type of lymphoma would not have the energy to be at school full-time while undergoing treatment. 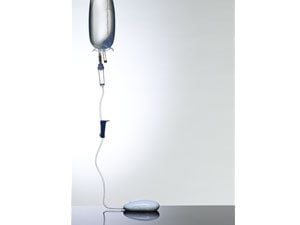 But Valerie didn’t confront Beth with her suspicions. Instead, to preserve her own health and sanity, she stopped answering Beth’s e-mails, texts, and phone calls. “Her lying was so alien a concept that the idea of outing her horrified me,” she says. “Part of me thought, There’s something wrong with her, and if she is being abused, I don’t want to make life harder on her.” In response to Valerie’s silence, Beth went ballistic.

Munchausen syndrome takes its name from an 18th-century German noble who embellished tales of his military exploits to anyone who’d listen. But it wasn’t until 1951 that Baron Munchausen became associated with one crop of pathological liars: people who go to incredible lengths to fake illness or psychological trauma for the purpose of attracting medical attention and sympathy from others.

Munchausen sufferers don’t just shave their heads and say, “Look! It’s cancer!” They alter medical records, starve themselves, install catheters and chemo ports, and even convince doctors to perform surgeries— anything to legitimize the fantasy of their illness. If they fail in one effort, they are likely to try another hospital or illness or audience.

“I’ve encountered two women who’ve lied to their doctors in order to get mastectomies unnecessarily,” says Marc Feldman, MD, a professor of psychiatry at the University of Alabama and the author of Playing Sick? “That’s how desperate their need for hospitalization and love and attention is.”

A 2011 case report on Munchausen syndrome published in Innovations in Clinical Neuroscience suggests that roughly 9 percent of inpatients in tertiary care (like cancer treatment) suffer from some form of factitious disorder, a condition in which a person acts as if he or she has an illness by faking symptoms. There are no reliable statistics on how many people suffer specifically from Munchausen syndrome—partly because it’s hard to get accurate data from people who lie pathologically—but the condition is considered rare.

However, in 2000, Dr. Feldman coined a new term: Munchausen by Internet, which refers to a person with Munchausen who builds his or her lies mostly through online interactions. Our natural lie detectors are muted online; we can’t rely on facial expressions and other physical cues for sensing falsehoods, which means we’re prone to fill in the blanks. Online, you can live out your deception without the fear of having your lies challenged in person. And if someone does eventually doubt your story, you can simply log out and find a fresh group of sympathizers.

Trolling Beneath The Surface

Valerie’s silent treatment didn’t deter Beth from contacting her repeatedly, even obsessively, in early 2011. Then e-mails purportedly from Beth’s abused six-year-old niece started to show up in Valerie’s inbox.

“I’m not supposed to be on Beth’s computer or her e-mail, but I’m really scared :(,” one e-mail read. “She has to go to the hospital now and now she has ambulance and if she dies and all this blood coming from her mouth again and why does this always happen and the. If shes there fir ever than she won’t be home when I’m all alone and I will cry :( I’m so scared for her and for me :(.”

Despite Beth’s supposed hospitalization, she was still blogging frequently, so Valerie chose not to respond. Beth sent her a message another day: “Did I do something to offend you? If I did, I’m sorry.”

“When I didn’t respond to even that, she wrote an e-mail to apologize, and I thought she’d leave me alone,” Valerie says. “I honestly thought that was the end of it.”

Valerie turned her mind to more important things: She was a quarter of the way through chemo treatments, with one mastectomy to come. In the process, she found a virtual support group of ten women, all of whom were undergoing treatment like hers. They shared each other’s daily consolations and desolations. Valerie also consulted with them on taunts she’d been receiving from a troll who called her childish, hurtful names like Voldemort and sent messages like “Everyone wants to watch you die.”

What could be done? Practically nothing, they told her. “It was a harsh reminder that on the Internet, you can say anything you want, and you can pretend to be anyone you want,” Valerie says. So she filtered her Tumblr messages and, with her friends’ encouragement, tried to put the troll out of her mind.

When the hateful messages persisted, she contacted Taryn Harper Wright of the Warrior Eli Hoax Group, a blog that was launched to untangle a hoax about a fictional child named Eli and his Internet-documented battle with cancer. Since then, Wright has been dedicated to investigating other online deceptions.

Using the sender’s IP address, the pair tracked a year and a half’s worth of harassing messages back to a single source: Beth. “I was floored,” Valerie says. “Our relationship lasted only a few weeks. I hadn’t spoken with her in over a year. Why would she want to hurt me like that?”

Valerie stopped blogging for good. “You assume when you start treatment that your illness will be over,” she says. “But when you’ve had cancer, it’s never over. It follows you for the rest of your life. I can’t control that, but I can at least control the impact this woman has on my life—and that’s what I intend to do. I intend to lead a happy, full, healthy life,” one better lived logged off.

Valerie finished her chemotherapy treatment in November 2012 and is currently in remission. Her blog CatsNotCancer remains inactive. 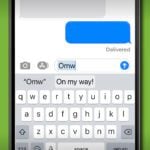 The Most Useful iPhone and iPad Keyboard Shortcuts 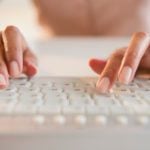 96 Shortcuts for Accents and Symbols: A Cheat Sheet