My stomach is pleased: It’s been a big week in the food world. This past weekend, I spent time at 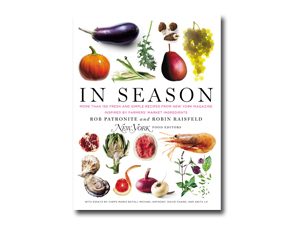 My stomach is pleased: It’s been a big week in the food world. This past weekend, I spent time at the New York Culinary Experience,  sponsored by New York Magazine and the International Culinary Center. I spent the majority of my hours cooking (cough cough, embarrassing myself) with food greats like Iron Chef Marc Forgione, Chopped judge Marc Murphy and Chocolate King Jacques Torres. On Monday, I went to Lincoln Center for the James Beard Foundation Awards ceremony (a star-studded affair with folks like Martha Stewart, Emeril Lagasse and Oliver Platt) less formally known as “the Oscars for food.” Between interviews with the chefs, I sampled many a tantalizing treat (several from some of the award-winning chefs with whom I had mise-en-placed my weekend!) and watched in awe as one of my favorites, David Chang accepted the award (a tie with Chicago’s Paul Kahan) for Outstanding Chef 2013. Check out some of the highlights:

And so, what better way to celebrate this week of culinary joy then with Chang’s oh-so-in-season ramps (a delicious spring onion, widely available now). Here’s a recipe from new cookbook (and my new obsession) In Season.

On the East Coast, where ramps grow wild, they are the first plantlike sign of early spring life, and thus seized upon by winter-weary chefs and locavore cooks with the kind of fervor usually associated with iPhone unveilings. Not bad for a broad-leaved allium malodorous enough to make its more mild-mannered cousin, the scallion, blush. Eating raw ramps can be done but it’s not for the meek. When cooked, their characteristic sharpness mellows into a weirdly delicious funkiness. They’re terrific in just about any recipe that calls for green garlic or spring onions. Traditionalists, however, cook their ramps with bacon and eggs. The only way to improve upon that dish is to add more ramps to it—preferably ones that have been quick- pickled in the manner of Momofuku’s Chang.

In a medium saucepan, bring the water, vinegar, sugar, salt, and shichimi togarashi to a full boil, until sugar dissolves. Young ramps with small leaves may be pickled whole. Later in the season, as they grow larger, trim the top of the ramp leaf, leaving about 1 inch of green. (Save tops for other uses, like stock or pasta.) To clean ramps, use a paring knife to trim the root base. Peel the outer layer of skin and wash ramps well. Place cleaned ramps into a pickling container (lidded plastic is fine) and pour boiling liquid over them. Weigh down with a heavy bowl so that ramps are completely submerged. Let cool to room temperature, and store covered in refrigerator for up to a week. Serve with roasted ramps and bacon and eggs.

P.S. Ramps are in abundance right now and easier to find than you might think. Widely available at farmer’s markets and in the produce aisle, just ask for assistance if you need help locating them. Worked for me! 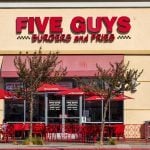 The Secret Ingredient That Makes Five Guys Fries So Delicious