Is an Anglicized name key to a successful life in America? The issue is complex.

As a nine-year-old, I was plucked from a sheltered life in my close-knit community of Chinatown in Incheon, South Korea, and plopped in Atlanta, Georgia. No one in my family had ever ventured outside of Asia prior to this leap of faith across the globe. None of us spoke English or understood American culture. Emigrating was nothing short of terrifying.

Both of my parents were college educated—my father had been a respected high school teacher, and my mother, a full-time homemaker in Korea. In the United States, both of them became restaurant workers. We relied on the advice of family and friends who had moved here before us to teach us how to survive and hopefully thrive in our drastically altered life. Rule number one was to adopt White-sounding first names. At the time, all of us accepted our new monikers without question. No American person would ever know me as Beautiful Jade. Instead, I became Michelle. Ironically, I couldn’t see the problems with having to change my name to assimilate until after I became an American.

There isn’t just one way to be American

President Barack Obama, Padma Lakshmi, and Arnold Schwarzenegger are all successful American citizens who have struggled with their names. President Obama went by “Barry.” Lakshmi changed her name to “Angelique” in high school because she was tired of people mispronouncing it. Schwarzenegger was called both “Arnie” and “Schwarzy” early in his career. In all three cases, the noted individuals later reclaimed their given names. The same is true for Phuc Bui Diem Nguyen, a Vietnamese American college student from Oakland, California, who recently made headlines when her professor demanded that she Anglicize her name. As Nguyen was entering adulthood, she had made the admirable and courageous decision to reclaim her Vietnamese name after years of going by the name “May.”

While I yielded to my new homeland, choosing to go with the flow instead of swimming upstream in culture shock, Nguyen is holding her ground. Immigrants, East Asian Americans in particular, often change their names to combat the perpetual foreigner stereotype, but we shouldn’t have to. The obvious intersectionality of being Asian and American should be celebrated, not erased.

Here are 12 Asian Americans you didn’t learn about in school but who made incredible contributions to the world.

What’s in a name?

A name is a personal, fundamental aspect of self. Forcing someone to change their name from a position of power, such as that of an employer or, in Nguyen’s case, a professor, for any reason—including xenophobia, racism, sexism, or transphobia—is disrespectful and unjust. It is an attempt to erase an individual’s identity. Historically, many countries have forced erasure during times of war, colonization, and occupation. This practice of erasure is no less a deep violation in times of peace. Nguyen’s professor failed to recognize that his discomfort should not be prioritized over her identity and agency. Learn 14 small ways you can fight racism every day.

The problem is systemic racism, not names

Research shows that “whitened” resumes lead to approximately double the number of callbacks among both Black and Asian applicants who omit clues of race, highlighting the need for systemic change. Until our society can prove itself safe and equitable, people will continue to feel the pressure to change their names. After all, families like mine often wait for a decade or more for the right to emigrate for a better life. The desire to assimilate to provide ourselves the best shot, socially and professionally, is understandable. In the Asian American community, this has resulted in aspirational first names inspired by prominent White men and educational institutions like Harvard, Stanford, and Yale, but far less common are names associated with other communities of color.

An argument can be made that this mimicking and attempt to borrow privilege has immigrant communities conforming to and proliferating a system of white superiority. Reflecting on this possibly borrowed privilege as I learn how to support the Black Lives Matter Movement and become more anti-racist has been eye-opening and uncomfortable. 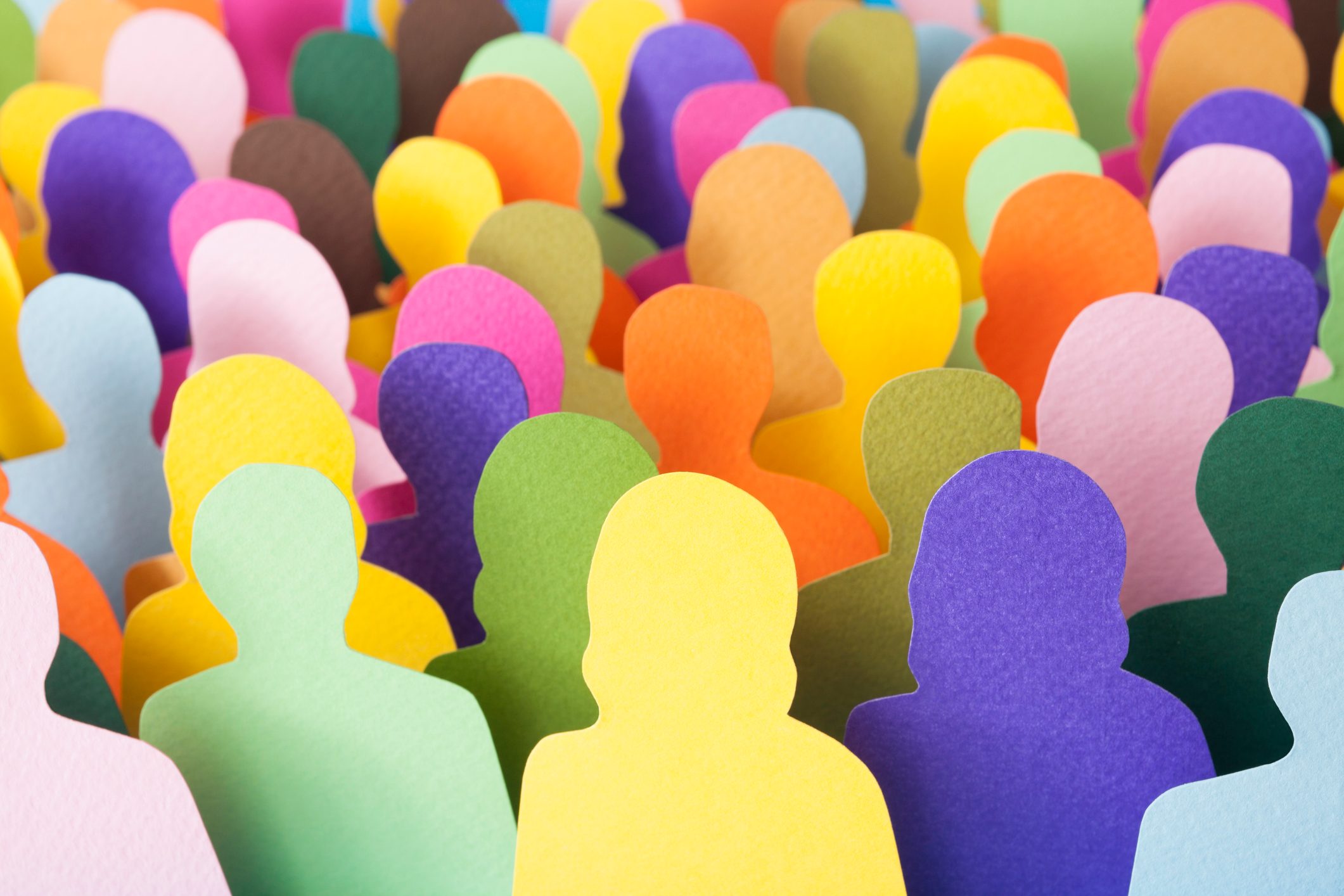 Just because some immigrants Anglicize their names, it shouldn’t be expected of everyone

But the choice to adopt new names is as valid as the right for immigrants to retain their birth names. The individual should have the power to decide. I like having a private Chinese name that only my family uses; it creates a sense of intimacy and protection. Inversely, “Michelle Yang” is an identity out of reach of my parents, a name that symbolizes my journey to define myself outside of their rules. In high school, I experimented with reverting to my Chinese name, but it didn’t feel right. In both Chinese and Korean cultures, only close confidants are permitted to call someone by his or her given name without a preceding surname. People I barely knew calling me Beautiful Jade was jarring and unnatural. For a time, I tried on a moniker of my own invention that was a hybrid of my Chinese and Anglicized names, but when I was teased for the idea by a beloved friend, I gave it up immediately. Clearly, I did not have the gumption of Nguyen.

An individual’s choice should always be respected

For my father, his Anglicized name didn’t stick. After more than ten years of being referred to as “George,” he chose to go back to his Chinese name, even though he was already in his 50s. Unlike my “Michelle,” his identity and personality never evolved enough to fit his adopted name.

Others I know also reverted to their birth names after adopting an Anglicized name to survive childhood. Many more began to correct Anglicized pronunciations of South Asian names for the first time as young adults. Old habits die hard, and correcting myself to call my friends by their new preferred names was difficult at first. I often slipped and grew frustrated, but it was important to honor my friends’ wishes, so I kept trying. As the wise writer and activist Ijeoma Oluo wrote in her book So You Want to Talk About Race, one of the essential books for understanding race relations in America, “our humanity is worth a little discomfort, it’s actually worth a lot of discomfort.”

If I sound like I’m in the midst of an identity crisis, it’s because I sort of am. As a child immigrant, I tried my best to shed my “fresh off the boat” image as swiftly as possible. (To be clear, “fresh of the boat” is a derogatory term that should not be used to describe people. The same is true of these 12 other everyday expressions that are actually racist.) To this day, I struggle to undo the Valley girl speech pattern I painstakingly perfected as a fifth-grader desperate to make friends. My Anglicized name was part of me embracing my Asian American identity as a proud U.S. citizen, doing my part to fight the perpetual foreigner stereotype.

But now, in a time when most Americans are reexamining race, culture, privilege, and justice, I am torn. Did I forgo my right to be Beautiful Jade and an American too easily? At this point, as I approach age 40, I think there is no right answer. For me, my name reflects the push and pull of cultures that make up my identity. I do know, however, that in my country, founded on the values of freedom, liberty, and independence by immigrants like me, only I should get to decide my name.

For more immigrant stories, see how one second-generation American is empowering immigrant girls around the country. And for more on this important issue, see our guide to the Fight Against Racism.

Michelle Yang
Michelle Yang, MBA, is on a personal mission to show the world one can live well with bipolar disorder. Tired of the stigma, she is empowered to humanize and normalize mental health illnesses as just another part of the human condition. She recently quit her coveted corporate job to write and advocate for mental health wellness. Michelle has a memoir-in-progress and her articles have been featured on InStyle, HuffPost, and HelloGiggles. Yang writes about how Asian American identity, family, parenting, and friendship intertwine with living well with bipolar disorder on her blog, which garners thousands of views per month.

Google Home vs. Amazon Echo: Find the Best Smart Speaker for You

12 Famous Sibling Rivalries Throughout History
My House Burned Down, and Here’s What It Taught Me: One Mother’s Heart-Pounding True Story