An NBA star, an immigrant scientist, and a friendship no one believed. 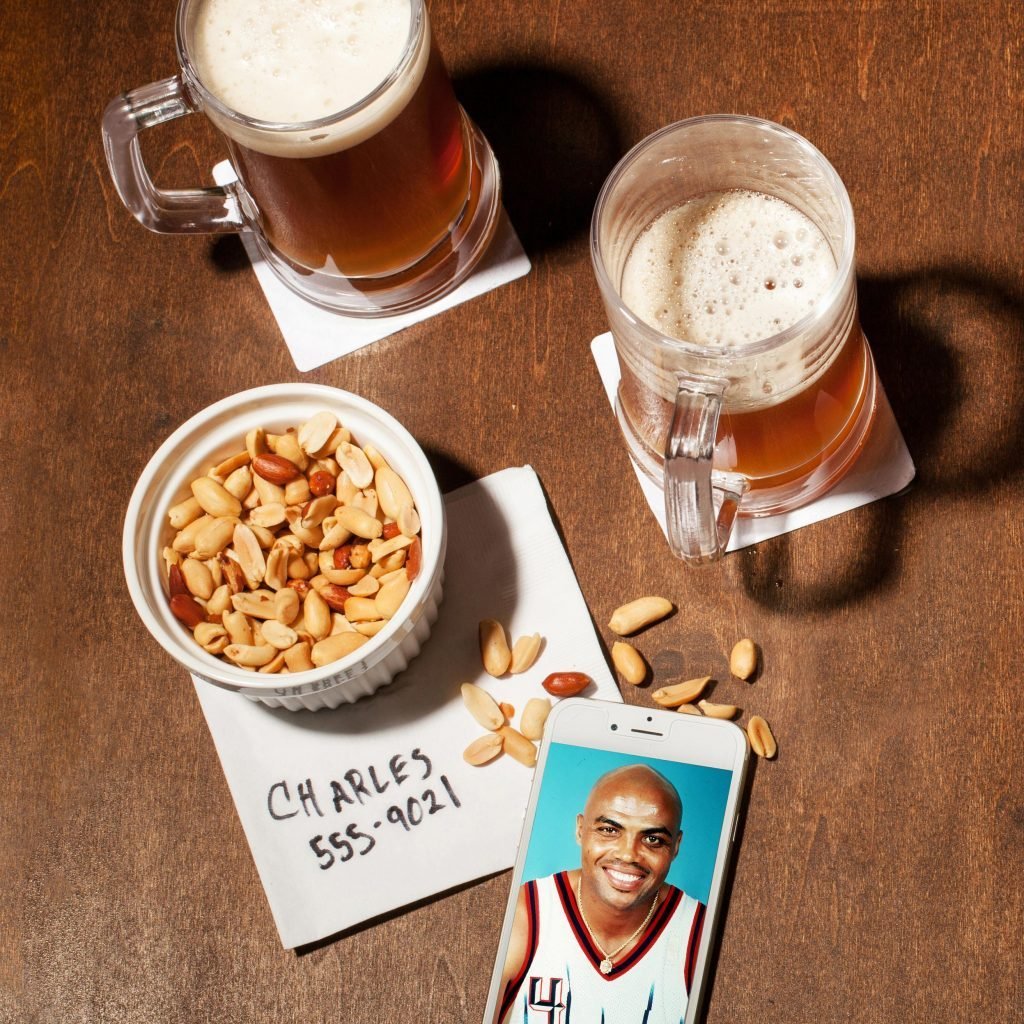 Matthew Cohen for Reader's Digest, AP/Shutterstock (Barkley)When Charles Barkley’s mother, Charcey Glenn, passed away in June 2015, the former basketball star’s hometown of Leeds, Alabama, came to the funeral to pay respects. But there was also an unexpected guest.

Barkley’s friends couldn’t quite place him. He wasn’t a basketball player, he wasn’t a sports figure, and he wasn’t from Barkley’s hometown. Here’s what I can tell you about him: He often wore striped polo shirts tucked into khaki shorts, and he got really excited about two-for-one deals. He was a commuter. He worked as a cat-litter scientist in Muscatine, Iowa. In short, he was everyone’s suburban dad. More specifically, he was my dad.

“It was obviously a very difficult time,” Barkley told me recently regarding his mother’s death. “And the next thing I know, he shows up.

The long story started four years ago. My dad, Lin Wang, knew about Barkley long before he met him. “You know, [Barkley] has a big personality,” he told me. “He’s a top-50 player in the history of the NBA. For many years, he was the number two guy, right after Michael Jordan.”

Whenever we attended dinner parties, my dad would talk about his friend Charles Barkley. The first time my dad told the story, I didn’t pretend to know who this person was. Basketball has never been my thing.

About two years ago, I asked my dad if I could see their texts. He handed me his phone. Their texts were mostly messages from my dad that ended with an excessive number of exclamation points. I told him the conversation seemed pretty one-sided and handed the phone back.

As I talked about the relationship with more and more people, I began to think that either my dad was one of the luckiest basketball fans ever or this whole thing was an elaborate joke. But no. The friendship was real.

“It was, like, one of the most random things,” Barkley recalled with a laugh.

“I was on a business trip,” my dad said, “and was walking in the hotel lobby, and I saw Charles Barkley.”

“I was in Sacramento speaking at a charity event,” Barkley said.

“So I just went to say hi and take a picture with him,” my dad said.

“I was just sitting at the bar,” Barkley said. “And me and your dad were the only two people in there. And we just sit down and started talking.”

“And before we know it, we looked at each other like, ‘Yo, man, I’m hungry. Let’s go to dinner,’” Barkley said. “It turned into a two-hour dinner. And then we actually went back to the bar and just sat there and talked for another couple of hours. And the rest is history.”

My dad and Barkley saw each other again in the bar the next night. And the night after that. At the end of the third night: “Certainly, I told him I had a good time talking with him, hanging out with him,” my dad said. “He said the same thing to me, and he left his phone number. He said, ‘Whenever you’re in Atlanta, New York, or Phoenix, check in with me. If I’m in town, we’ll hang out and have a good time.’ ”

Over the next few years, whenever my dad was in those cities, he would text Barkley, and they would hang out. He even spent time on the set of Barkley’s TNT show, Inside the NBA.

They got dinner together. “I think I had Thai basil noodle,” my dad recalled. “It was pretty good. I had it right inside the office. He likes to clean. There were several big cans of cleaning wipes right on his desk. Every time he sit down, he cleaned his desk.”

“Iowa lost to Maryland that day,” my dad said.

I’m pretty sure they did some partying too. But that, I don’t know much about.

“Your dad is one of the happiest people I’ve ever met in my life,” Bark­ley said. “I’m not just saying that. I mean, think about it; it’s fun to be with your friends, you know? ’Cause I don’t have that many people that I want to be around, to be honest with you. You know a lot of people, but when you go spend time with your friends, it’s a whole different animal.”

Back home, my dad’s coworkers would tease him about Barkley and ask him about the story all the time. My dad didn’t mind that they didn’t believe him. He even made a slideshow of photos of him and Barkley together for our community’s Chinese New Year ­celebration—totally irrelevant to the holiday.

I asked my dad what he thought it was about him, of all people, that made him and Charles Barkley become friends.

“You know, he’d grown up in the ’70s in Alabama. His father left him and his mother when he was little. He’d grown up with grandma and mother. And the grandma and mother cleaned up houses for somebody else to make a living. Tough life for him. But he’s well-respected professionally. And that’s his story.”

My dad moved to Iowa from China in the ’90s. He felt that he and Barkley had similar experiences.

“So, to me, as an Asian in the United States, I felt as long as I do a good job, people will respect me,” my dad said.

Barkley and my dad both worked hard—so hard, they believed, that the color of their skin didn’t matter.

My dad and Barkley had something else in common. In Chinese, we’d say that dad would hú shuˉo bˉa dào—that meant that sometimes he would spew rubbish. Basketball fans might say Barkley often does the same.

In June 2015, Barkley’s mother passed away. When my dad heard the news, he looked up the funeral details and hopped on a plane to Leeds.

“It ain’t easy to get to those places,” Barkley said. “I’m from a very small town.”

But my dad showed up for his friend. Afterward, he went to dinner with Barkley and his family.

“For your dad to take the time to come to the funeral meant a great deal to me,” Barkley said.

Then, in May 2016, my dad was diagnosed with cancer. He had tumors in his heart.

I took that fall off from school. My dad and I watched mobster movies together. Action movies. Kung fu movies. When the credits rolled, we’d flip to a basketball game. Just me and him, watching a lot of TV in our living room.

Days passed by. Then months. Then it was two years. My dad never told Barkley that he was sick.

What Barkley didn’t know was that my dad watched him almost every night on TNT. And while he rested and healed, my dad was laughing along with Barkley. He kept my dad company.

June 2018. NBA Finals. The Golden State Warriors vs. the Cleveland Cavaliers. My dad was staying in palliative care at the hospital. He loved the Warriors. I visited and read him sports highlights.

It was a Sunday afternoon, and my dad was tired. The summer light filled his room. Then the day faded, and dusk began to enter.

After it was all over, I went through my dad’s phone and texted all his friends: Hi. This is Shirley. My dad just passed away.

The funeral was the day after the last game of the NBA Finals. My dad’s favorite team, the Golden State Warriors, had won the night before.

The funeral was set near the outskirts of Iowa City in a house by the woods. I was talking to my childhood friend when she suddenly looked stunned. I turned to look behind me.

And standing there—drenched in sweat from the Iowa summer, towering over everyone in the room at six feet six inches tall—was Charles Barkley.

Everyone watched, astonished, as this man—this worldwide celebrity—walked down the aisle, looked at us, and sighed.

Later, after it all, I called him up and asked, “Why my dad? What did you even have to talk about?”

“Well, first of all, clearly, he was a fan,” Barkley said. “But I think the main thing we talked about was you and your brother.”

“It was more that he was proud,” Bark­ley said. “Because I’ve got a daughter too. I’m just really, really proud of her, because I think she’s a good person. And your dad was so proud of you and your brother. Listen: As an adult—and you’re too young to understand this now—all you want is your kids to be happy. That’s what you work for. To give your kids everything in life.”

The more we talked, the more I realized just how close he and my dad were. Barkley knew so much about me and my life, even though this was the first time he and I had ever talked.

“It gives me great memories and great joy to know that I was a friend of his,” Barkley said. “Just hearing about him at the funeral—what he had accomplished and what he was trying to help other people accomplish … I wished he’d bragged more about himself.”

“So let me get this straight: You were impressed by him?” I asked.

At the funeral, people shared memories of my dad and made me realize that he was not just a cat-litter chemist but an industry-changing scientist with a PhD. And not just an immigrant, but someone who reached out to Chinese newcomers. And not just a thoughtful guy, but someone people trusted for advice. I realized that, even after he passed away, I would continue to learn things about my dad.

Before Barkley and I hung up, he had one more thing to say: “Just keep doing you. It’s your time now. That’s the most important thing. Your dad prepared you to take care of yourself. I was blessed to know him and to know you too.”

I know how much his friendship with Barkley meant to my dad. It was not just a relationship with a celebrity. It shed light on the possibilities of this world. A world where someone like him could just say something cool, something charming, and befriend someone like Charles Barkley. 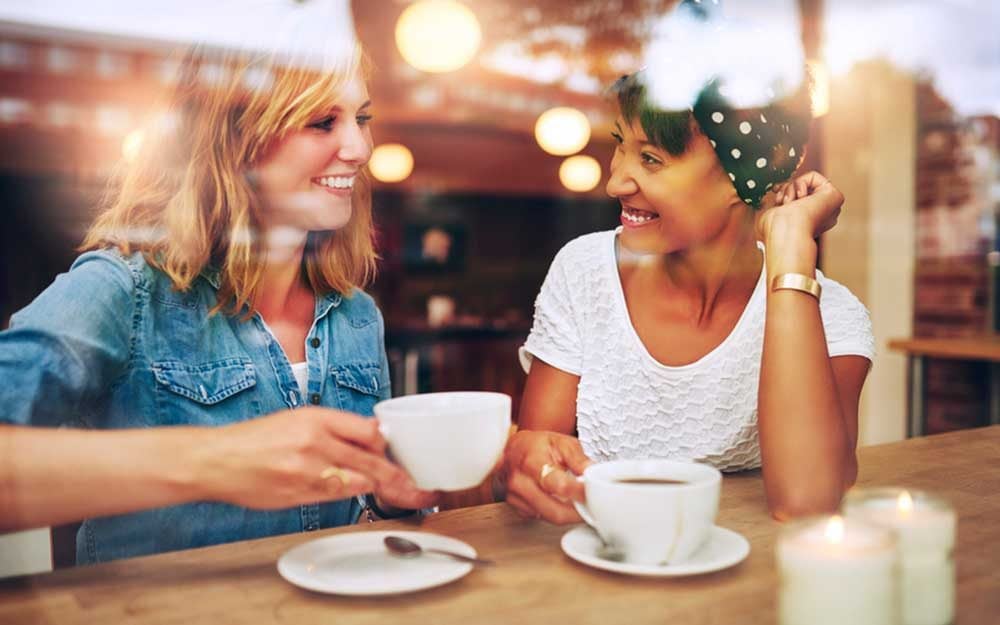 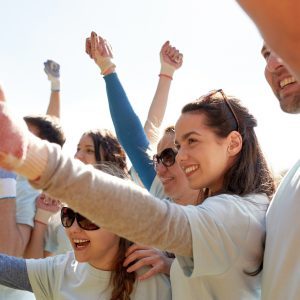 Ways to Make Friends as an Adult 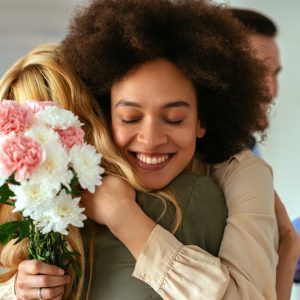 Things You Can Do to Be a True Friend 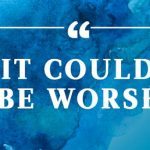 10 Things You Should Never Say to a Widow