It was an unusual place to raise a child, but the characters this boy met in his dad’s saloon gave him a master class in life.

I grew up in a bar. When most kids my age were at the park playing ball or riding bikes, I was watching old men shoot pool and play shuffleboard. I saw a barroom fight before I ever saw a sporting event on TV. I don’t imagine that Dr. Spock’s book on child rearing, which was so popular 50 years ago, advised exposing children to dimly lit drinking at an early age. But lessons can be taught by unlikely teachers in unusual environments. All that is needed are instructors with pure hearts. Clear eyes are optional.

My parents owned a neighborhood bar called the M Ninety-Seven, named for a nearby highway, on the corner of State Fair and Hoover Avenues in Detroit. Built in the ’30s, it had a long wooden bar that was on the right as you walked in. It was curved at the end, with four-sided lamps, the kind you might see in an old movie about 18th-century London, hung low over the bar every three or four feet. Customers sat on stools with burnt-orange vinyl seat backs or at one of six tables against the wall. Miller was always on tap.

My father spent his entire life serving drinks and bringing cheer to an eclectic clientele. There were the white-collar executives who would stop in to unwind from the day’s stress. They would bend elbows with the blue-collar and day laborers on either side of them. It always surprised me that they were able to mingle. Of course, eight ounces of draft—and/or any liquor splashed over ice—have a way of helping two parties find common ground. I would sit at the last table by the kitchen, sipping Cokes and eating a bag of Better Made potato chips with my twin sister, watching it all. 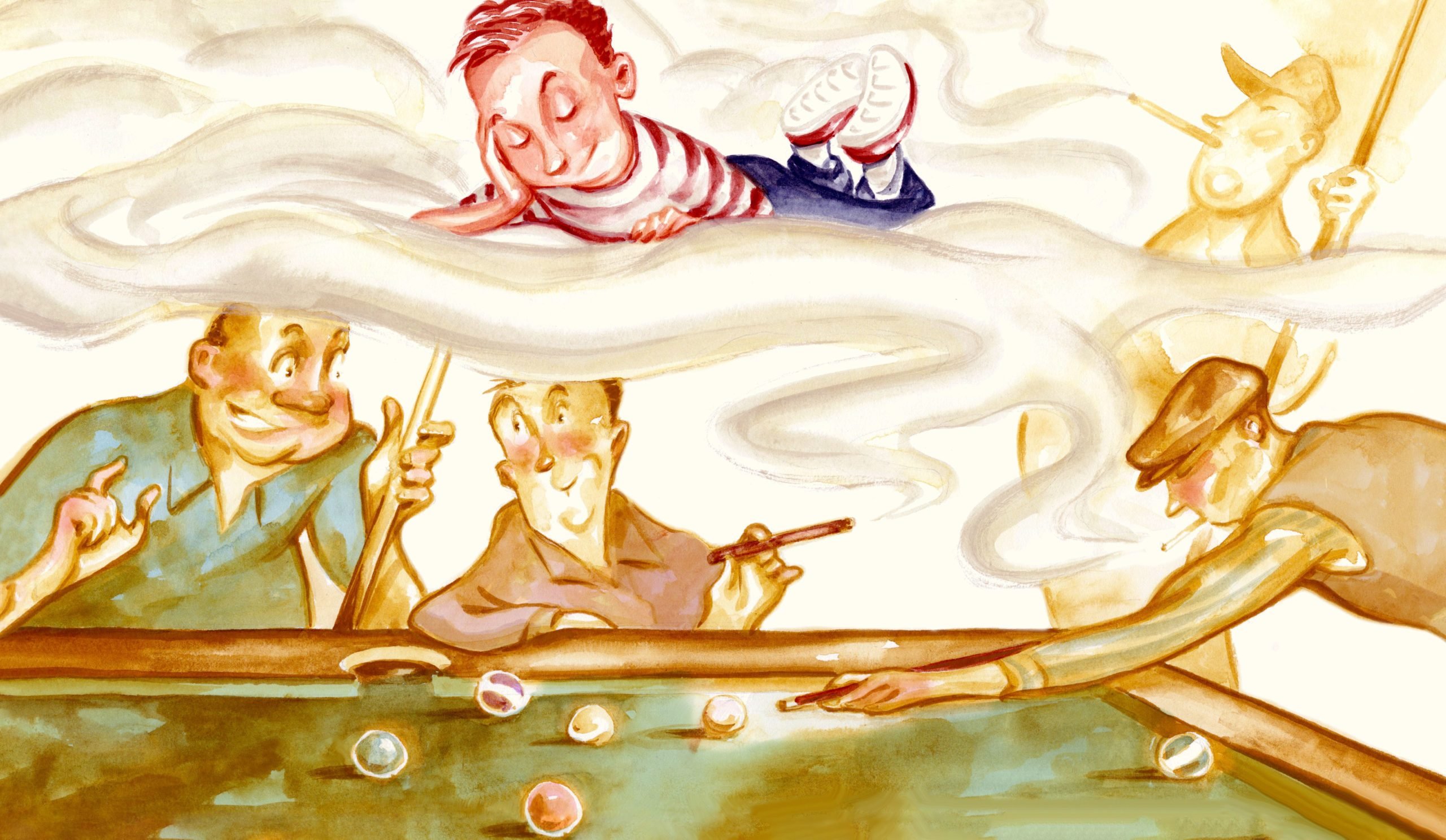 It was the 1960s version of a reality show. There was Cran, the schoolteacher, who always said he graded his sleep-deprived students on an “S” curve, handing out passing grades even to those who nodded off because he knew they were making up for the sleep they lost in their troubled home lives. If the students stayed awake, they received a B. If they slept through class, they got a C.

Then there was Big Bill, the tough-talking policeman who stood six and a half feet tall and weighed just shy of the beer truck he drank daily. Bill was not what you would call politically correct. In fact, his views on society could be hard to listen to at times. But one night, he showed that he was all talk. While Bill was on patrol, a call came over the radio about an apartment fire just blocks from his location. He raced his scout car to the scene, beating even the fire crew. The building was ablaze. He ran up three flights of stairs through smoke and flames to rescue two frightened children. The burly cop carried them out in his arms like each was a carton of eggs. The man with an explosive mouth but a keg-sized heart had saved the day. It is just too bad that Bill wasn’t at the bar to stop the man who ate a full ashtray of cigarette butts to win a bet!

Without a doubt, the most memorable guest of the establishment was a man dubbed the Mayor of State Fair Avenue. His parents had named him Frank, but throughout the neighborhood, everyone called him Mr. Mayor. He lived just a rolling beer bottle from the back parking lot, and the bar would light up when the Mayor brought the room to session. He had a smooth tongue, smooth enough to talk my teetotaler grandmother into hoisting a beer with him.

Frank was balding and bespectacled and often wore a cardigan over his slim frame. He was retired from his tool-and-die job by the time I got to know him. He and his lovely wife, Eleanor, had nine children, who blessed them with 48 grandchildren and, well, let’s just say several great-grandchildren. Frank and Eleanor raised their large brood on his meager salary. But together these two people scraped by in the little bungalow that had more bodies than doorknobs.

Frank often said, “I don’t have a pot to pee in or a window to throw it out of.” Still, no matter how much he had to drink, he never went to bed without saying a prayer for “the other guy.” He told me, and his wife confirmed this, that he never once asked the Lord for anything for himself. A guy without a pot or a window, and with more mouths to feed than the Brady Bunch, never thought to slip a request in to have a C-note or two slide under the front door to make things a bit easier around the old bungalow. Instead, through bloodshot eyes, Frank prayed for someone else every night of his life. They could not bottle enough Kessler whiskey to make him forgo his nightly ritual.

Years passed, my father died, and the bar was sold. Like secondhand smoke, the words and the ensemble from that bar stayed with me. 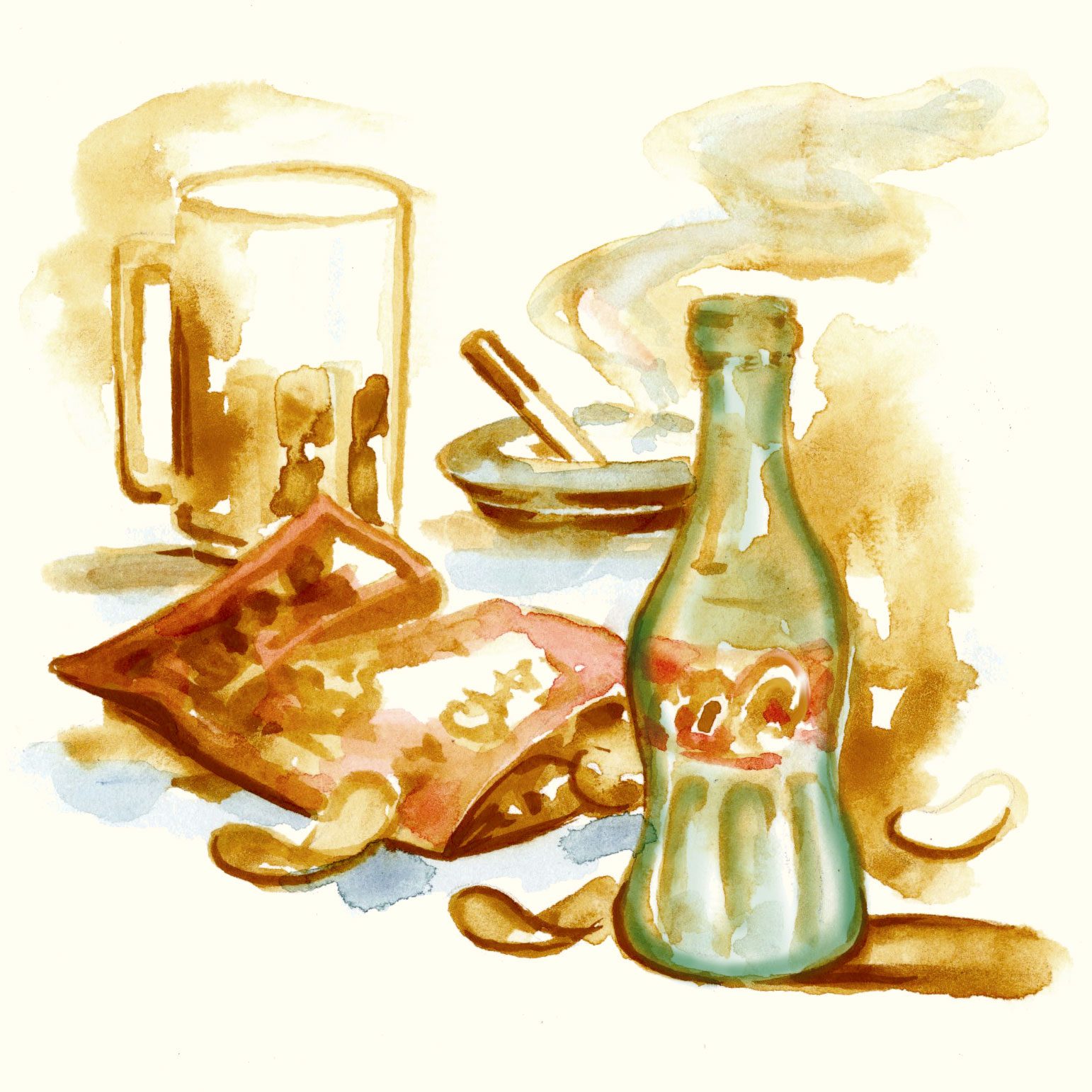 One day years later, I heard the sad news that the Mayor of State Fair Avenue had died. I knew that I had to go to the funeral home to pay my respects to the man who had always put the other guy first. I was two decades removed from the little boy at the back table and now working for the post office. The parking lot was full, the streets were lined with cars, and the sidewalk was packed with people waiting to get in the front door. That Sunday afternoon, I couldn’t get within two blocks of the funeral home. I stood in line smiling in the summer sun and began reflecting on those long-ago smoky days when I had a front-row seat, at the back table, to the greatest show on earth.

I thought about Cran, the teacher, who realized that tough circumstances can make it more beneficial to rest a weary head on a book than to have a nose planted inside it. I pondered how people can talk one way and act another, even risk their lives, as Big Bill the cop did, and how it benefits us all to pay little attention to what people might sometimes say—and absolute attention to what they do. A man with few worldly goods showed me how important it is to care more about another’s burden than your own. The line of people waiting to pay their respects was the proof.

I remembered all those old-timers who would flop down in a chair at my table to dole out wisdom above the din of the jukebox. They often told me the same thing, that I would get a better education in the bar than I would ever gain from school.

These men were right. I certainly have retained more of the wisdom that they imparted to me in the barroom than I ever have from what I learned in a classroom.

Things I Wish I Could Tell My Younger Self

Life Lessons That You Can't Live Without