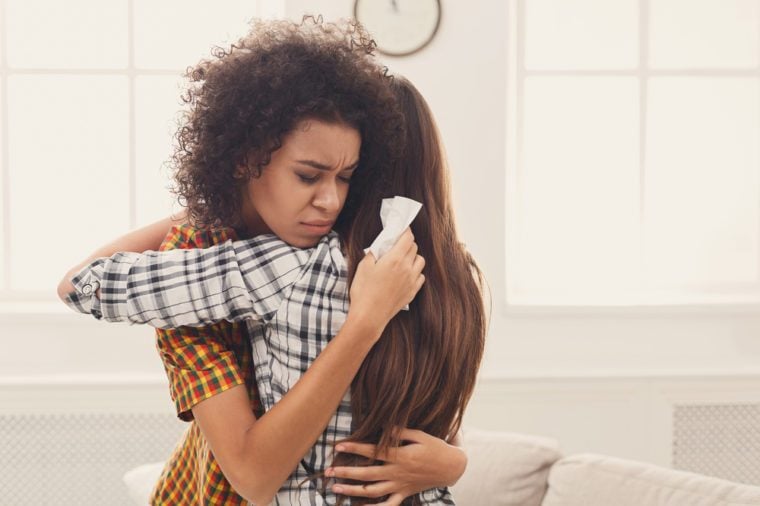 Prostock-studio/ShutterstockReader’s Digest editors asked the Reader’s Digest contributor network to tell us their stories of nice people and places. The following piece was written in response to that prompt. To share your own 100-word true story for possible inclusion in the magazine or on RD.com, click here.

When your two-year-old daughter is diagnosed with cancer, you need a fairy godmother so you can focus on keeping your child alive. My neighbor, one house down and across our palm-lined street, became my fairy godmother, even though I barely knew her and she had two young children of her own.

Betsy, a blue-eyed blonde with a southern drawl, did things for me that rip my heart open when I remember. So most of the time, I forget.

You forget a lot when your child has cancer. Finding a matching pair of shoes each day becomes a challenge. My mother had died from cancer years earlier, and my husband was not any better than me at matching shoes.

But whatever we needed was at our doorstep. Unlike me, Betsy was socially connected to a network of people. They came to us, a procession of helpers, with warm meals in disposable containers delivered to the children’s hospital or our home. A nurse. A massage therapist. Door-to-door dry cleaning. Carpet cleaning. A housekeeper. An endless stream of people. So many services I can’t remember them all. Betsy’s home was the command and control center.

Betsy ran errands and cooked meals for us too, mouth-watering southern cooking. All our daughter, Jillian, had to do was shiver before a plate full of toasty warm brownies arrived at our house. Once I made brownies and Jillian refused them, saying, “I want Betsy’s brownies.” For us, Betsy would bake oatmeal cookies from scratch. Even now, years later, the thought of Betsy’s oatmeal cookies comforts me.

The magic of it all was that this help was discreet, noninvasive; she didn’t stand around for thank yous. And how could you adequately thank someone like Betsy? She knew what we needed before we did.

Seeing ribbons on neighbors’ mailboxes gave me a feeling of belonging I’d never known before. Betsy helped our community organize a benefit that raised $20,000, exactly the amount we needed to pay what our insurance company did not. She set up a trust fund, kept track of donations, and even wrote our thank-you notes.

She prayed. Her whole church prayed. As if guided, she always arrived at the right time. There was no, “let me know what I can do,” from Betsy; she just did it.

Jillian responded well to chemotherapy. The next step felt like a breeze compared to what she had been through. But on Jillian’s first day of radiation, I couldn’t find my car keys. In tears, I called Betsy. “Take my van,” she said. “The tank is full. I’ll have brownies ready when you get back.” Driving across the Howard Frankland Bridge, teary-eyed, I looked up and noticed Kleenex attached to the sun visor. Just what I needed.

By May 17, Jillian had been in remission for several glorious months, and Betsy called to wish me happy birthday. “Something’s wrong with Jillian,” I said. “She’s not responding. I just called 9-1-1.” Seconds later, Betsy arrived at my doorstep, hugging me, her arm behind my back, supporting me.

At the hospital, we discovered Jillian had been having a series of seizures. The cancer had spread to her brain, like granules of sugar, impossible to remove. But miraculously Jillian came back to us, her brain seemingly intact.

The oncologist prescribed Valium enemas to administer whenever she had a seizure.

Weeks later, Jillian had a faraway look in her eye and a tremor in her hand. This time I knew she was having a seizure. I grabbed an enema and tried to twist off the cap, but it was stuck and my hands were shaky. So, I did what I do when I don’t know what to do. I called Betsy. At the door in seconds, she removed the lid and handed the enema to me.

“I can’t do it,” I said, my hands trembling like Jillian’s. That’s when I asked her the unthinkable, “Will you do it?”  I thought that for the first time ever, Betsy would deny my request. But she took the enema and gingerly approached the bed. “Forgive me, Jillian,” she said as pushed the enema into my daughter and turned away.

She was back to normal in no time, thanks to Betsy.

After a second opinion, we decided to end invasive treatments, which offered no hope of recovery and let Jillian enjoy her final days. She felt good, despite the tumor in her brain. These days were like diamonds.

Jillian and Betsy’s daughter, Emily, stripped themselves of their clothes and jumped in mud puddles, just days before she died. Jillian rode her pink, electric Barbie car home, wearing only underwear, and a huge smile.

After Jillian died, I threw all of her medical supplies in the shower and screamed in anguish. Betsy’s two young children and I once vented together by crushing grapes with our feet in my shower. Of course, it was Betsy who anchored the human chain we formed to keep us from slipping.

Betsy taught me things I am still trying to absorb and could never replicate. She shifted my view of the world from a place of fear to a place of endless love. 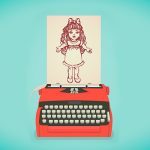