On the 30th anniversary of the groundbreaking, the Vietnam Veterans Memorial endures as a symbol of sacrifice and healing, and the ongoing commitment of Americans and Reader's Digest to its service members.

On March 26, 1982, Emogene Cupp stood on a grassy site in Washington,
D.C. to take part in a historic event: the breaking of ground for the
Vietnam Veterans Memorial, the luminescent black wall now inscribed
with the names of more than 58,000 Americans who were killed in
Vietnam or remain missing. One of those names belongs to Cupp’s son,
Robert.

Today, March 26, 2012, she was back to attend an official ceremony
celebrating the memorial’s 30th anniversary. Carrying the shovel she
received at the groundbreaking three decades ago, Cupp, now 92, was there to honor her son, who was killed in June 1968 and buried on his 21st birthday. “I miss him,” she said.

On this glorious spring day, Cupp, along with other family members,
Vietnam veterans, elected officials and decorated war heroes joined Jan C.
Scruggs, founder and president of the Vietnam Veterans Memorial Fund
(VVMF), for the commemoration. Speakers, including Brigadier General
George B. Price and General Barry McCaffrey, saluted the nation’s
servicemen and women, past and present. They lauded the memorial as a place
for healing, and applauded the VVMF’s future education center, which
will include photos and stories of those who served. Scruggs, who conceived the idea of a memorial and
helped raise more than $8 million to build it, told Reader’s
Digest, “It’s a great example of three million people who were
willing to do what their country asked them to do.” He continued, “These
are people who loved their country—and that’s their legacy.”

Steve Nelson feels that legacy very personally. Nelson was 19 when he
went to serve in Vietnam and Cambodia between April 1969 and October
1970. Eleven men from his unit and his best friend were killed. Among
other injuries, Nelson took a bullet in his back and his shoulder.
Twenty-five years ago, Nelson spent two nights sleeping in shrubs near
the memorial, where he contemplated ending his life. A fellow vet
helped save him. Today, he was back to commemorate the wall and the
people on it. “I live for these guys, because they didn’t live,” said
Nelson, now 62, as he pointed to the memorial. “This here makes me feel good.” 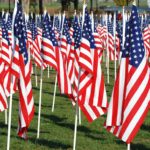 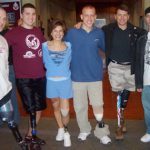