This couple proves that not every relationship needs to start with love at first sight. 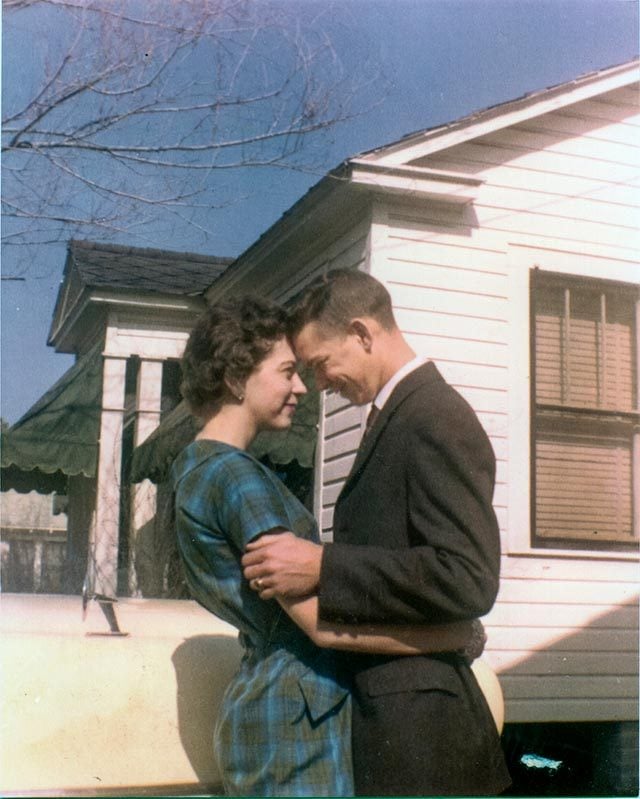 Courtesy John Douglas Green/Reminisce ExtraMaudie and I have been married for 58 years, but it most certainly was not love at first sight.

We both grew up in Mobile, Alabama, and entered Murphy High School in 1953 as freshmen. Mobile had high school fraternities and sororities then and still does—social organizations, but unlike the ones in college. By the second semester of my sophomore year, I had joined a fraternity. In civics class I sat by two sorority girls. The three of us talked so much during class that the teacher split us up. She moved me next to a girl named Maudie. The only thing I knew about Maudie was that she was best friends with the daughter of the prominent pastor at the largest Baptist church in Mobile. As far as I was concerned, that was all I needed to know about her. And Maudie knew all she wanted to know about me. (These 36 questions can make you fall in love with anyone.)

In our junior year, we were in the same bookkeeping class. I liked the class but I had some trouble with the problems. I knew Maudie was smart, so I asked her to show me what I was doing wrong. Without a word, she let me know she had no desire to help me. So I asked another classmate.

Then in our senior year, I started working in a grocery store. Maudie came in weekly with her mother and seemed to be a different person. We talked as I bagged the groceries and I realized that I had changed, too.

One night as I took the groceries out for her, I asked if she wanted to hang out and go for a ride when I got off work, but she said she had to drive her mother home. I felt rejected but found out later that she was hoping I would offer to pick her up after work.

Several days later I drove past her as she walked home from school and offered her a ride. She accepted and I quickly asked her for a date to a revival at our church—I’d picked the revival on purpose, thinking she’d be more likely to accept. And she did. We continued to date steadily until that prominent Baptist preacher married us on April 3, 1959.

Your Guide to a Tail of the Dragon Road Trip
40 Years After Falling for a Girl, He Finally Got to Be with Her
Men and Women Share the Sweetest Thing Their Partner Has Ever Said to Them