The New York City Marathon is a world-class race, and some 47,000 runners were psyched to compete last Sunday. They 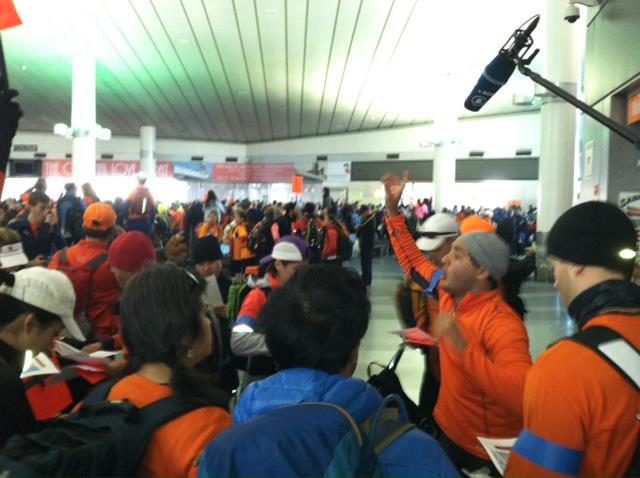 The New York City Marathon is a world-class race, and some 47,000 runners were psyched to compete last Sunday. They had trained for months, arduously priming their bodies and minds, and many had spent thousands of dollars to come to New York from as far away as Australia.

After Mayor Michael Bloomberg canceled the race in the devastating wake of Hurricane Sandy, a thousand or so  runners set aside their own disappointment to prove they were the world’s best sports. They tied on their shoes, packed up their backpacks, and ran through Staten Island, the city’s hardest hit borough, where they handed out food, water, batteries, and other supplies to people who’d been suffering from cold and hunger with power lines knocked out.

This photo of the volunteer team captains organizing is from the Facebook page for New York Runners in Support of Staten Island, where you can learn more about this tremendous act of generosity. You can also read about it here. These athletes are winners in the most important sense.

If You See a Dryer Sheet in Your Mailbox, This Is What It Means
My Father-in-Law Had the Whole Family Select His Final Resting Place Before He Passed
This Woman Has Helped Over 400 Seniors Schedule Vaccine Appointments