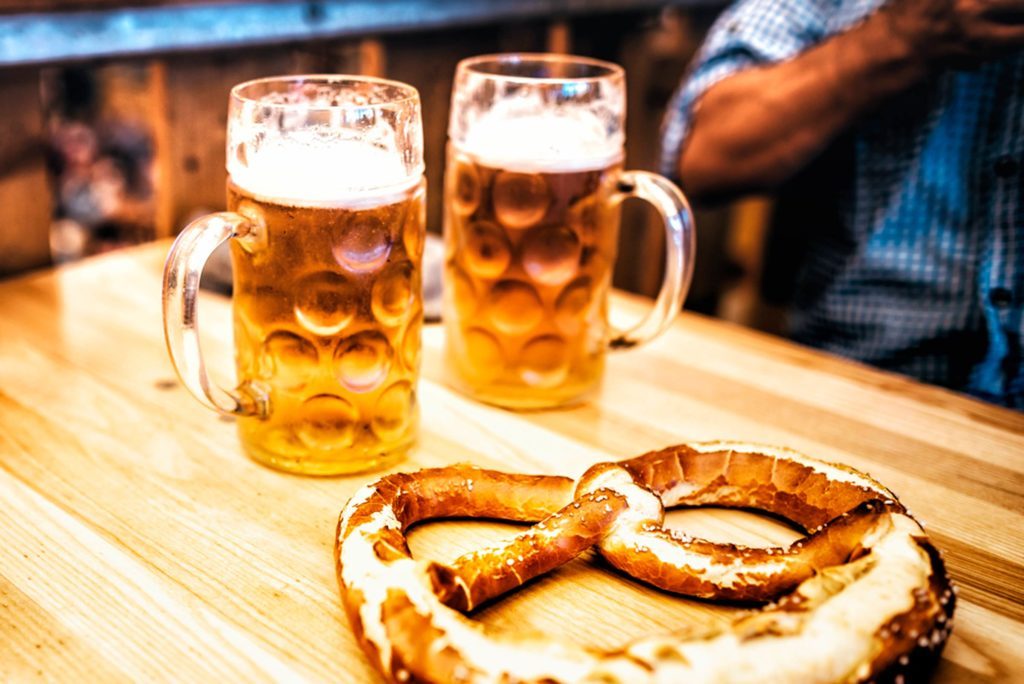 When you hear the word “Oktoberfest,” your mind probably conjures up images of beer, pretzels, lederhosen, and more beer. (But America’s brews aren’t half bad either. These are the best craft beers from each state.)

The first Oktoberfest was held in October of 1810 to celebrate the wedding between Crown Prince Ludwig of Bavaria and Princess Therese of Saxony-Hildburghausen, according to the official Oktoberfest website. The citizens of Munich were invited to the fields in front of the city gates, now called Theresienwiese (Therese’s meadow), to join the party. It lasted for five days—October 12-17—each filled with food, beer, parades, and music. The final event was a horse race around the edge of town.

Everything was such a success that it was decided to turn the horse race, along with the other merriment, into an annual spectacle. After a few years, carnival booths, swings, and bowling alleys were also added to the fairgrounds. Wine and beer vendors sold their goods to grateful patrons. After the city fathers of Munich took control of the festival, the starting date was pushed to the middle of September because the longer days and warmer weather would allow visitors to stay longer. Regardless of when it starts, the last weekend of Oktoberfest always takes place in October, keeping the tradition of the very first celebration.

Today, Oktoberfest lasts 16-18 days and still takes place on Theresienwiese, which the locals call Die Wiesn. It’s still famous for its multitude of beer; 7.7 million liters of it were sold at the 2013 celebration. The pretzels (Brezen), sausage (Würstl), and grilled ham (Schweinshaxe) are just a few of the traditional dishes served every year. (Want to host your own beer garden? Follow our tips for a flawless backyard party.)

And despite the common association with alcohol, Oktoberfest is actually a very family-friendly event. In addition to the amusement park attractions, the Oide Wiesn at the southern end of the fairgrounds transports people back in time with vintage costumes, antique rides, and tents that explain the entire history of the event. Now, everyone who visits Oktoberfest can know they have Prince Ludwig and Princess Therese to thank for their two weeks of merriment.