Nothing beats the gift of freedom.

I had never known a Christmas when we could ask for a special gift and actually expect to get it. The Great Depression of the 1930s was devastating to our farming community of Belleville, Michigan. Then came 1940; I was 7 years old and my brother, David, was 8. That year my father got a well-paying job, and the approaching holidays had a very different feeling. David and I were asked to choose the one gift we most wanted to get that year. I chose a teddy bear. David asked for a bicycle.

The anticipation of Christmas morning became almost unbearable. Every day I pestered David with the same question: “Do you really think we’ll get what we asked for?”

Every day he’d answer the same way: “How do I know?”

Then that wonderful morning arrived. There under the tree, with a big red bow around his neck, was my teddy bear. David’s bicycle, however, was not there. I wondered how my parents could grant my wish but not my brother’s.

“I forgot something,” my father said, as he went into the other room. When he came back he was pushing a bicycle.

On David’s face was a look of both delight and disappointment. The bike was secondhand, which David didn’t mind, but it was a girls’ bike. Boys did not ride girls’ bikes. Personally, I wouldn’t have cared if it had come with pink bows on it—it was still a bicycle. That marvelous two-wheeled invention represented freedom to David and me. Even if I only rode on the handlebars, it would give us mobility.

David and I had been learning to ride on bicycles borrowed from friends in the neighborhood. I was not as accomplished a rider as he was, but I could manage to get from point A to point B without too many mishaps. Since he didn’t have to ride his Christmas bike to school, David avoided being teased about the fact that it wasn’t a boys’ bike. And he was never teased about it in our neighborhood because David was bigger than most of the other kids.

David was very generous, letting me ride his new wheels often. He even figured out a way to tie our Radio Flyer wagon to the bike so he could pull me and other kids up and down our road.

Now we could explore places that were once beyond convenient walking distance. That winter we took many long rides down the snowy back roads, with me perched on the handlebars or riding behind in the wagon. That bicycle was the best Christmas present and truly gave us an exciting new freedom. 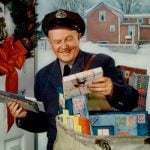 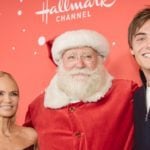