If You’ve Ever Gotten a Lollipop at the Doctor’s, You’ll Know Why This Woman Spent $125 on an Old Candy Jar

How a sweet reminder of her grandfather became a small-town bidding war. 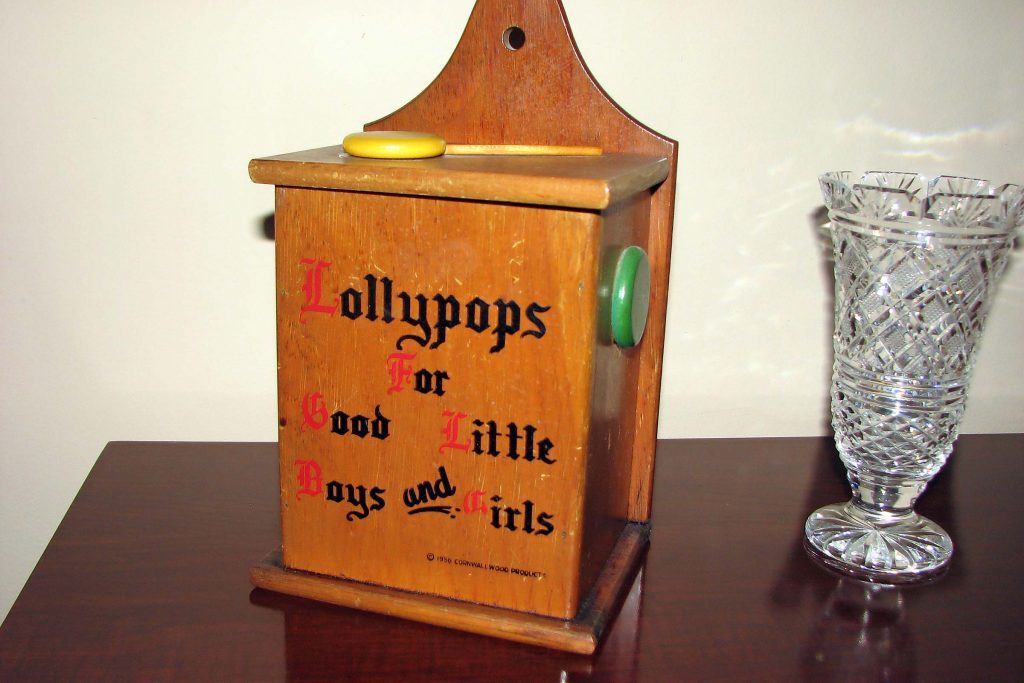 My grandfather James Easton kept this lollypop box in his home office in Romney, West Virginia, where he practiced medicine from 1927 to 1972.

As the quintessential small-town doctor, he did it all: delivered babies, set broken bones and treated ailments. He even responded to accident scenes and served as the high school’s team doctor. Known to local residents as Doc Easton, he often made house calls. Many considered him a family friend.

Young children were often uncomfortable in Granddad’s office because they dreaded shots. To reward kids for their good behavior, and to leave them with a sweeter memory at the end of their visits, he let them take one sucker from the box, which he kept in the exam room.

We grandchildren remember going into the office and grabbing treats from the box as kids in the late 1950s and early ’60s. My favorite flavor was cherry, followed by orange and grape, but I always avoided lemon and lime!

I remember the exam room always smelled like medicine, and marveling at the wall of built-in shelves that held hundreds of bottles of mysterious pills and colored liquids. In the waiting room, Granddad hung my older sister Letha’s color-by-numbers picture right near his medical degrees.

After Granddad died, my brother, Jim, took the box back to his home in Maryland as a keepsake. Unfortunately, the auction company snapped a picture of it and featured it in their advertisement of the Easton estate auction, so Jim had to head back to West Virginia so the auctioneers could put it on the block. He had to buy it back!

A woman in town also wanted the box as a memento and kept bidding higher than Jim at the auction—until one onlooker whispered to her, “You’re bidding against Dr. Easton’s grandson.”

She politely withheld future bids, and Jim got our grandfather’s box back for $125. The sentimental treasure has stayed with the family ever since.