The One Word You Should Never, Ever Say in a Job Interview

Preparing for a job interview can be stressful: what do you wear? What questions will they ask you? (Here are the answers you should prepare for some of the most difficult job interview questions.) Not to mention that, no matter how much you prepare, your interviewer’s first impression of you could be tarnished the second you say a single word.

Surprisingly, the word is not “like” or “honestly” (though you should probably be careful about those, too). The word is “actually.”

Used properly, the word “actually” represents a contradiction. For instance, take the famous movie line “love actually is all around”: the narrator is contradicting those who think that it’s not. (Did you know the word “actually” is used 22 times in Love Actually?) It can also be used to justify something: “That movie was awful, huh?” “Actually, I really liked it.” 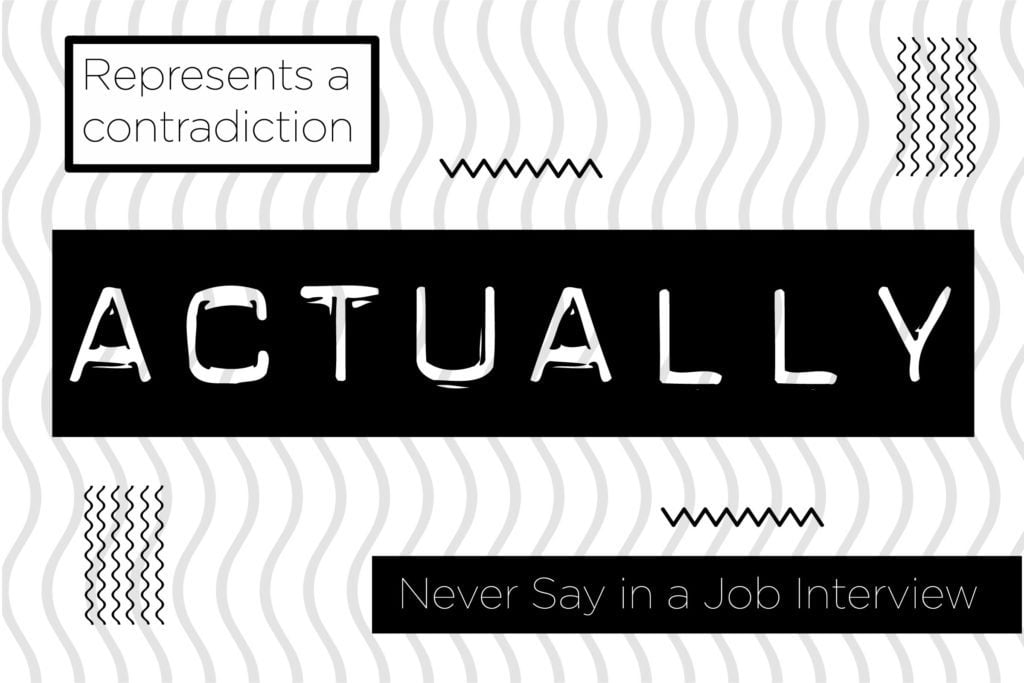 You may wonder what harm a commonly used word like that could possibly do. However, we often don’t use it that way. When used a certain way, saying “actually” can instantly make you seem less credible. Dictionary.com says that we use it as a “crutch word,” a word “that we slip into sentences in order to give ourselves more time to think.” Since using it this way adds emphasis rather than meaning, it automatically suggests that whatever you’re saying can’t stand on its own. Southern Living claims that the word makes listeners “subconsciously… question if there’s more unspoken information.”

Take this example. Imagine you’re in a job interview, and your interviewer asks, “What was your last full-time job?” You reply, “I actually worked at Reader’s Digest.” The word doesn’t contradict or justify anything in the question, so there’s no reason for you to say it at all.

And it’s not just job interviews: Southern Living suggests that you steer clear of this word altogether. If you’re not using it to actively contradict something, and it’s just adding fluff to your sentence, avoid it. No longer relying on a “crutch word,” your statement will have more punch.

Here are some words you definitely should say during a job interview. Plus, if you’ve got a phone interview, use this super-simple trick to instantly create a good first impression.