The jury’s decision was a step in the right direction, but it is far from true justice.

After a three-week trial in which 45 witnesses and experts took the stand, the jury took 10 hours to find former Minneapolis police officer Derek Chauvin guilty of second-degree murder, second-degree manslaughter, and third-degree murder in the death of George Floyd. Shouts of joy rose from the crowds waiting anxiously near the Hennepin County Government Center and at George Floyd Plaza, and social media erupted in bittersweet celebration. There was also palpable relief.

George Floyd was handcuffed, on his stomach and unable to move, when Chauvin kneeled on his neck outside a Minneapolis grocery store for nine minutes. The 44-year-old cop stayed there as Floyd cried out for his mother and said he couldn’t breathe 27 times. He didn’t budge when someone in the crowd screamed, “He’s dying!” Even when the paramedics arrived and told him Floyd no longer had a pulse, Chauvin still didn’t let up for another two minutes. This was all on video, thanks to the bravery of a 17-year-old Black girl named Darnella Frazier who filmed the entire incident and posted it online. And yet, despite the overwhelming evidence of police brutality that the world saw with their own eyes, we still didn’t know if Chauvin would be convicted of murder.

Months of sustained mass protests and pressure on officials at every level helped to ensure accountability and affirmed that, yes, Black Lives Matter. Chauvin’s sweeping conviction on all counts made that statement real for folks like me, but make no mistake: Derek Chauvin wasn’t convicted because the system worked; he was convicted because the people worked. The Black community, along with thousands of fellow activists, made sure Chauvin was fired, arrested, charged, and tried. So while this hard-fought victory is definitely just and so needed in the fight against racism and police brutality, there’s still a lingering sense of unease. Was this horrific event truly the catalyst for change that it should be, or will we be right back in the same situation after yet another unnecessary tragedy?

The outcome shouldn’t have been a cliffhanger. Reason, logic, and the evidence demanded a quick and certain conviction. But even when the evidence is overwhelming, Black folks have learned not to expect justice when a White cop is accused of killing a Black person. And while I prayed for a verdict that would acknowledge and punish the slow-motion murder the world witnessed on that video, I was afraid to hope because my hopes have been dashed so many times before.

I lived in Los Angeles during the Rodney King trial when the police officers who’d been captured on tape beating King walked free. Juries refused to convict the cops who killed Philando Castille and Terence Crutcher, and Kentucky attorney general Daniel Cameron even refused to charge the officers who shot a sleeping Breonna Taylor six times. Anguished over the countless times the justice system has failed us, I feared it would do so again.

To serve and protect. Black folks know that police slogan doesn’t always apply to us and that the best interaction with police is the one you don’t have, especially if you’re a young Black man. I worry about my young male relatives, all of whom have been harassed by the police just for going about their daily lives. We know that a minor traffic stop can turn into a beating or an arrest or that a 911 call for help might leave them dead.

RELATED: “As a Black Man, Here’s Why I’m Afraid to Wear My Mask”

What made this time different

Convicting an officer for killing someone while on duty is extremely rare for several reasons. Police investigations usually determine they acted appropriately, prosecutors are reluctant to bring charges, and Black people are often excluded from juries for anti-police bias. But in this case, things ended differently because they began differently. Minnesota Attorney General Keith Ellison didn’t have to be pressured to bring charges; he was all in from day one. He painstakingly and meticulously assembled the case because, as he said after the verdict, “[George Floyd] mattered because he was a human being. And there is no way we could turn away from that reality.”

At trial, prosecutors demolished the blue “wall of silence.” One by one, Chauvin’s fellow officers distanced themselves from him and his abhorrent actions, though it was a very different story at first. Before Frazier’s video went viral, the Minneapolis Park Police (MPP) issued an anodyne press statement: “Man Dies After Medical Incident During Police Interaction.” The release noted that Floyd “appeared to be suffering medical distress,” as if being restrained like a wild, dangerous animal had nothing to do with it. The department intended to protect Chauvin, just like they had protected him against 22 previous misconduct complaints. Were it not for Frazier’s courage, presence of mind, and steady hand, as well as the strong case assembled by the attorney general, they would have succeeded in protecting him again, and the charges might have ultimately been dismissed.

But the teen’s video and voice were too powerful to obscure. “It’s been nights I stayed up apologizing and apologizing to George Floyd for not doing more and not physically interacting and not saving his life,” Frazier testified through tears. The blame for not doing more belongs to Tou Thao, Thomas Lane, and J. Alexander Kuengin, the three officers charged with aiding and abetting second-degree murder, as well as to a system that both protects and enables people like them.

RELATED: This Is What Institutional Racism Actually Means

But has anything actually changed?

Those 12 jurors took a collective knee for police accountability and a small measure of justice. We must acknowledge the significance of this moment and the other positive changes we’ve seen since the anti-racism protests began, but we must also be clear: This does not represent the systemic change we need to end violence against Black and Brown people at the hands of police.

The police killings of 20-year-old Daunte Wright and 13-year-old Adam Toledo while the trial was going on and of 15-year-old Ma’khia Bryant at the very moment the verdict was being read show nothing has really changed. Their deaths reveal the continued willingness to use deadly force against suspects of color with minimal provocation by the same police who capture White mass murderers without injury and even buy them Burger King after arrest. In case you’re not aware, that actually happened after Dylann Roof was taken into custody unharmed—after murdering nine Black people in a Charleston church in 2015.

True justice must first acknowledge, then remedy such blatant policing disparities. The day after the verdict, U.S. Attorney General Merrick Garland announced a sweeping probe into the practices and culture of the MPP. This is a step in the right direction, but so much more needs to be done, beginning with passing the George Floyd Justice in Policing Act. It bans chokeholds and no-knock warrants in drug cases and makes it easier to pursue claims against police officers in civil court.

Now, our focus turns to the next phase: Chauvin’s sentencing and the upcoming trials of Thao, Lane, and Kuengin. These three men could have saved Floyd’s life but instead chose to help take it. Their convictions would show us that Chauvin’s wasn’t just a one-off or a fluke. We need to believe that.

But for now, if only for a moment, the Chauvin verdict allows us to breathe. And, as the Latin proverb goes, dum spiramus, speramus. While we breathe, we hope.

What Exactly Is White Privilege? 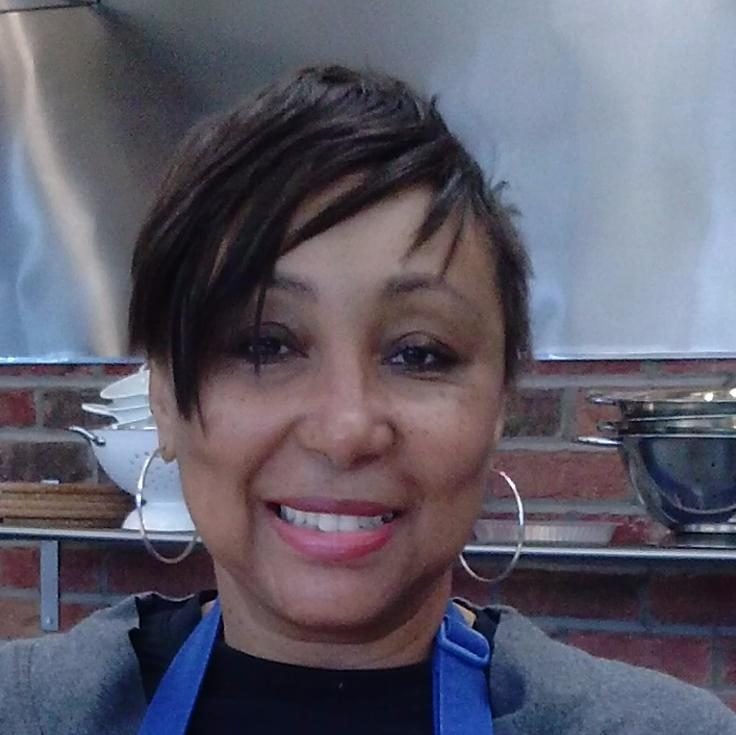 This Is Your Favorite Fall Drink, Based on Your Zodiac Sign
How to Respond When Someone Says “All Lives Matter”
100 Black Businesses to Support This Month (and Every Month)