Jonathan Turner was passed from veteran to veteran as he traveled home from California to Georgia. 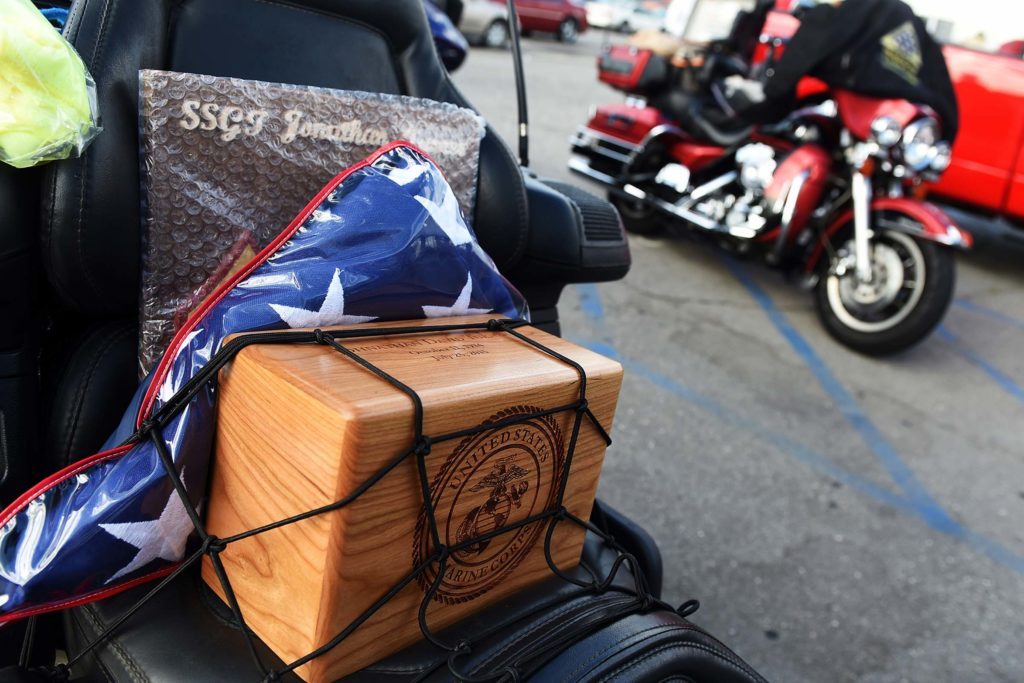 Jennifer-Cappuccio-MaherInland/Valley-Daily-BulletinS.SGT. Jonathan Turner served his country for 17 years, which included seven tours of duty in Afghanistan and Iraq. At the age of 41 and suffering from post-traumatic stress disorder, Turner retired. A year later, he committed suicide. Turner died in California, and his family back in Georgia could not afford to fly out there to claim his ashes. Instead, the Marines arranged to have his remains shipped home. And how would they transport Turner? In a ­FedEx box.

The Patriot Guard Riders thought he deserved a more dignified journey. Founded in Kansas in 2005, the PGR is an organization of motorcycle enthusiasts and patriots dedicated to helping veterans in any way they can. When they heard about the arrangements for Turner’s remains, they organized a caravan—or, as they described it, a “pony express of iron horses.”

On August 5, 2015, dozens of ­Patriot Guard Riders, many veterans themselves, accompanied Turner from Ontario, California, to a Love’s truck stop in Lake Havasu, Arizona, on the California border. A veteran wearing white gloves somberly handed off the wooden box containing Turner’s ashes to the PGR captain from Arizona. Then the Arizona chapter drove the ashes 388 miles to the New Mexico border. The handing-­off ceremony was repeated, and then the New Mexico Patriot Guard Riders transported the ashes to Texas, and so on until the ashes reached Georgia five days and some 2,000 miles after leaving California.

“The great state of Georgia proudly accepts this man on the final leg of his return home,” the captain of the Georgia PGR told his Alabama counter­part. “Thank you, Alabama, for bringing him home.”