12 Magical Paul McCartney Quotes on Love, Optimism, and His Final Moments With George

The Beatles bass man sounds off on everything from how the band came together to raising kids. 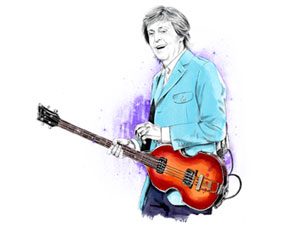 Life is quite mysterious and quite miraculous. Every time I come to write a song, there’s this magic little thing where I go, “Ooh, ooh, it’s happening again.” I just sit down at the piano and go, “Oh my God, I don’t know this one,” and suddenly there’s a song.     Source: Reader’s Digest

Over the years, people have said, “Aw, he sings love songs.” … Well, I know what they mean, but people have been doing love songs forever. I like ’em, other people like ’em, and there’s a lot of people I love.     Source: Billboard 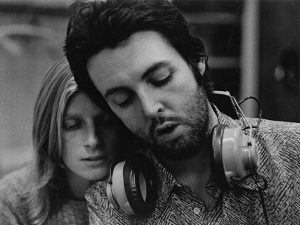 There’s an urge in us to stop the terrible fleetingness of time. Music. Paintings. It’s the same with Linda’s photos … The night we blew the candles out on a birthday with the kids. Capture it, please.   Source: New Statesman

I’d come back after a jog, and I’d thought of a couple of lines of poetry, and I’d tell them to Linda … She often said, “What a mind.” … Your little heart just goes boom, boom.   Source: Hamilton Spectator

We were there every night to put [our children] to bed, there in the mornings to wake them up. So even though we were some famous couple, to them we’re just Mom and Dad. I think that’s what’s important … and it worked.     Source: USA Weekend 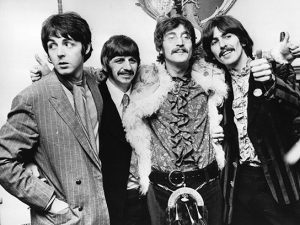 The last time I [saw George Harrison], he was very sick, and I held his hand for four hours. As I was doing it, I was thinking, I’ve never held his hand before, ever. This is not what two Liverpool fellas do … He just stroked my hand with his thumb, and I thought, Ah, this is OK; this is life. It’s tough, but it’s lovely.   Source: the Daily Mirror (U.K.)

I’ve never met any people more soulful, more intelligent, more kind, more filled with common sense than the people I came from in Liverpool … They’re not important or famous. But they are smart … people who can just cut through problems like a hot knife through butter.     Source: Playboy

Life is an energy field, a bunch of molecules. And these particular molecules formed to make these four guys, [the Beatles] … I have to think that was something metaphysical. Something alchemic. Something that must be thought of as magic.   Source: Rolling Stone 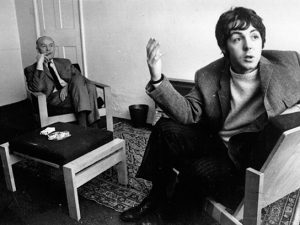 I should be able to look at my accolades and go, “Come on, Paul. That’s enough.” But there’s still this little voice … that goes, “No, no, no. You could do better. This person over here is excelling. Try harder!”   Source: NPR’s All Things Considered

I am the eternal optimist. No matter how rough it gets, there’s always light somewhere. The rest of the sky may be cloudy, but that little bit of blue draws me on.   Source: Sunday Times (U.K.)

Recommended: 6 Rare, Candid Photos of Paul McCartney in the 1960s 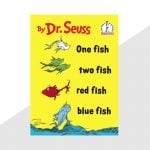 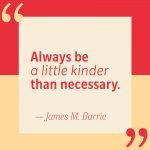 32 Powerful Kindness Quotes That Will Stay With You