A Poison Runs Through It

The author pulls no punches when a chemical spill threatens the water supply in his native West Virginia.

On Saturday, January 11, I drove two hours south through the rain to Charleston, West Virginia, the city where I was born and where my parents, my sister, her husband, and my niece still live. In my car were ten cases of bottled water, as my family hadn’t been able to use tap water since Thursday. That’s when a spill at the chemical company Freedom Industries dumped some 10,000 gallons of the hazardous material 4-methylcyclohexane methanol (MCHM) into the Elk River, a mile and a half upstream from the intake pipes for West Virginia American Water, affecting nine counties that the company serves. The spill was a result of leaks in a storage tank and in a concrete containment wall—structural problems that were underregulated by West Virginia’s Department of Environmental Protection. Pollution prevention plans, we’ve all been told, that would have helped to address those concerns apparently weren’t filed with the state.

About a mile and a half outside the city, past small wood-frame houses, gas stations, and grocery stores, I smelled it—the odor of the MCHM coming in through the car vents. The smell was both sweet and sharp.

I’m no dewy-eyed innocent about chemical leaks. They were a regular occurrence when I was a kid. But something about this confluence, the way I had to bring potable water to my family from two hours north, the strange look of the landscape wreathed in rain and mist, the stench of a chemical that was housed directly upstream from the water company—something about all of that made me absolutely buoyant in my rage. This was not the rational anger one encounters in response to a specific wrong, nor even the righteous anger that comes from an articulate reaction to years of systematic mistreatment. This was blind animal rage, and it filled my body to the limits of my skin.

And this is what I thought:

To hell with you. To hell with every greedhead operator who flocked here throughout history because you wanted what we had but wanted us to go underground and get it for you. To hell with you for offering above-average wages in a place filled with workers who’d never had a decent shot at employment or education and then treating the people you found here like just another material resource—suitable for exploiting and using up and then discarding when they’d outlived their usefulness.

To hell with you all for exploiting the lax, poorly enforced safety regulations here so that you could do your business in the cheapest manner possible by shortcutting the health and quality of life of not only your workers but also everybody who lives here. To hell with every operator who ever referred to West Virginians as “our neighbors.”

To hell with everyone who ever asked me how I could stand to live in a place like this, so dirty and unhealthy and uneducated. To hell with everyone who ever asked me why people don’t just leave, don’t just quit (and go to one of the other thousand jobs I suppose you imagine are widely available here), like it never occurred to us, as if we dumb hill jacks would only listen as you explained the safety hazards, we’d all suddenly recognize something that hadn’t been on our radar until now. To hell with the superior attitude one so often encounters in these conversations and usually from people who have no idea about the complexity and the long history at work in it. To hell with the person I met who, within ten seconds of finding out I was from West Virginia, congratulated me on being able to read.

And as long as I’m roundhouse damning everyone, and since my own relatives worked in the coal mines and I can therefore play the Family Card, the one that trumps everything around here: To hell with all my fellow West Virginians who bought so deeply into the idea of avoidable personal risk and constant sacrifice as an honorable condition under which to live that they turned that condition into a culture of perverted, twisted pride and self-righteousness, to be celebrated and defended against outsiders. To hell with that insular, xenophobic pathology. To hell with everyone whose only takeaway from every story about every explosion, every leak, every mine collapse, is some vague and idiotic vanity in the continued endurance of West Virginians under adverse, sometimes killing circumstances. To hell with everyone everywhere who ever mistook suffering for honor and who ever taught that to their kids. There’s nothing honorable about suffering. Nothing.

Like I said, it wasn’t rational. I’m not an eco-warrior or a Luddite, and I’m not antibusiness or even anti-industry. But there are sensible, sane ways to do things. (A mile and a half upstream from a water intake facility?! Upstream!) That’s what a society does to protect the people who live in it.

Having been made to endure screwed-up Air, Earth, and Water, we ought to make sure that history goes with us, always, into the voting booth, into the streets, into the home, into the wider world. Otherwise, to steal a line from the old hymn, we’ll all of us, residents and politicians and operators alike, find ourselves standing in the Fire Next Time. 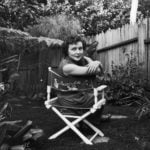