An undeniable universal truth: the only things cuter than puppies are police puppies.

Courtesy facebook.com/NPA4UA few new recruits just joined the Taipei Police Department, and they’re ready for action. But here’s the catch: They have four legs…and are only one month old.

Courtesy facebook.com/NPA4UAre you swooning yet? With their puppy-sized hats and uniforms, these six American Labs are just too cute to resist. And they already have a fan club—including us!

Even though they can barely open their eyes yet, each pup is poised to follow in the footsteps (or should we say paw-steps?) of their parents, Yellow and Leader, as narcotics and blood detection dogs. And according to us, they’re also poised to break the Internet.

Courtesy facebook.com/NPA4USo far, the stand out of the pack is Fushin, the only cream-colored pup. He spends a lot of time napping, but pretty soon this little guy will hit the road as a blood detection dog.

“Fushin is very special,” the captain of the K-9 Unit, Pan Tian-long, told BuzzFeed News. “He is the naughtiest and the bossiest.”

Courtesy facebook.com/NPA4UDespite overall appearances, the training for these tiny recruits has already begun. Police officers place narcotics by the puppies before they eat so that they can become familiar with the scent.

Courtesy facebook.com/NPA4UBut that doesn’t mean they aren’t getting a little love, too. The other police officers are as smitten as we are with the newcomers and take turns looking after them every night.

Honestly? We think it’s time for a policy puppy fan page. But until then, check out the Barkly Barks Dog Festival to get your pooch fix, otherwise known as the best event you’ve never heard of. 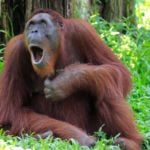 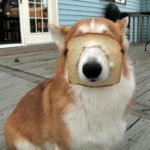