It's not so much a fashion statement as it is a well-kept tradition.

Prince George is probably the most photographed six-year-old in the world. Odds are, you’ve already committed the adorable pics of the young prince to memory. How could anyone forget that precious pouty face? For more pictures, check out these candid, rarely seen photos of the royal family.

No matter where they’re taken, most photos of Prince George have had one thing in common: He’s always wearing shorts. So what’s the deal? Is he fighting back against the physical and social constraint of pants? Can he not find any pants that fit? Does he just feel naturally warm all the time?

Turns out it’s actually a royal family tradition for young boys to wear shorts instead of pants until they’re about eight years old.

“Trousers are for older boys and men, whereas shorts on young boys is one of those silent class markers that we have in England,” etiquette expert William Hanson told Harper’s Bazaar U.K. “Although times are (slowly) changing, a pair of trousers on a young boy is considered quite middle class—quite suburban. And no self-respecting aristo or royal would want to be considered suburban. Even the Duchess of Cambridge.”

Hanson went on to explain that the origins of this tradition stem from an old rite of passage called breeching. Dating back to the 16th century, young boys would wear gowns or dresses. This type of garment made it easier for them to be toilet trained, plus it was easier to mend gowns to accommodate a growing child when money for new clothes was tight. Once they were about eight—the exact age varied by region—they would receive their first pair of pants or breeches. (Hence the name.)

The royal family is extremely attentive to following traditions, like these royal etiquette rules, so it’s no surprise they proudly keep this one alive as well. In fact, there are pictures of Prince Harry and Prince William wearing similar outfits in their early years as well. But, recently as of January 2020, the royal family released the following photo showing the youngest heir to the throne in a cute pair of tartan plaid trousers—signifying that the little prince is not so little anymore and growing up before our very eyes! The soon-to-be seven-year-old also wore trousers for his first Christmas walkabout with the rest of the royal family, too. 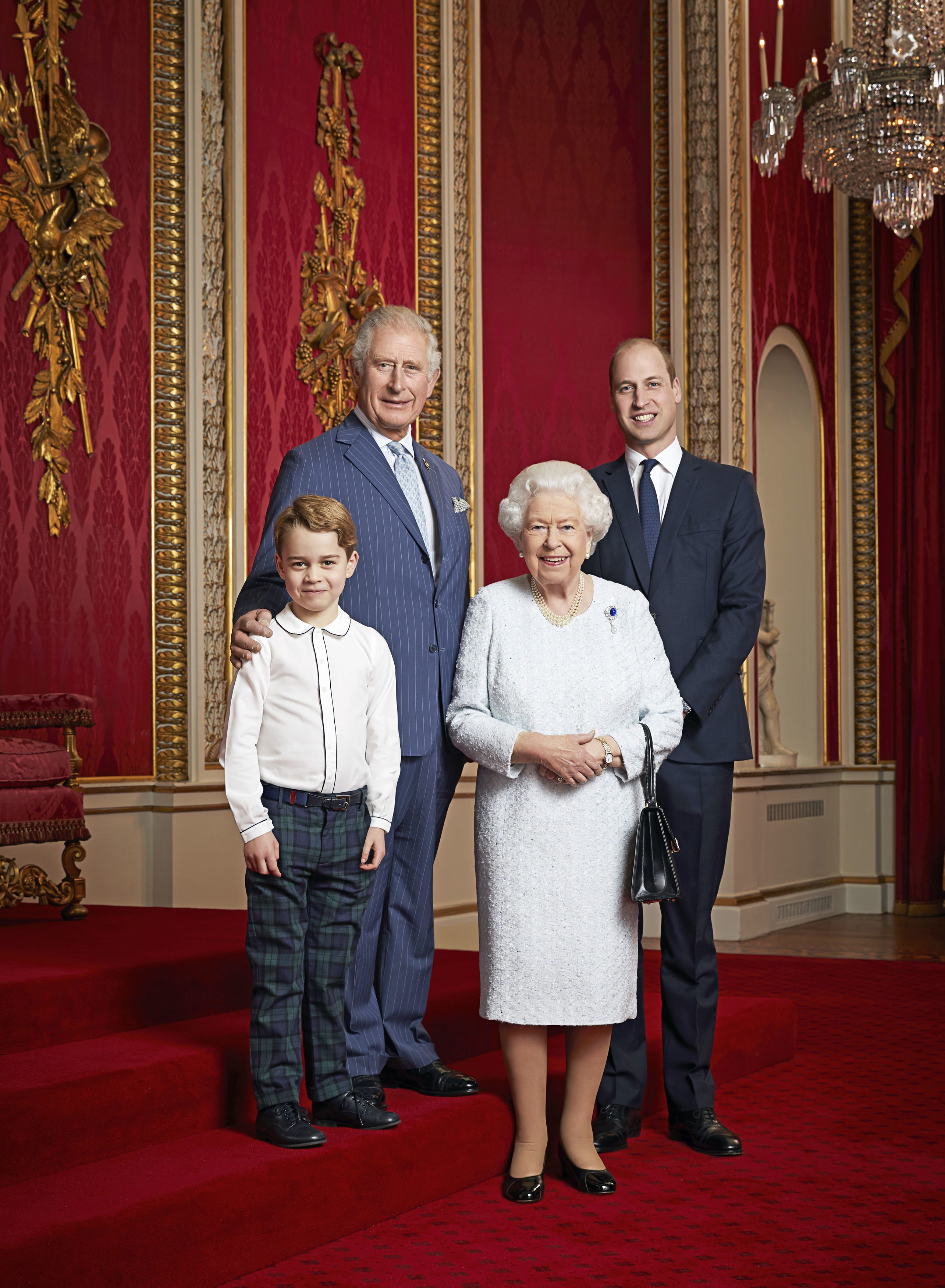 So while you won’t see young Prince George wearing christening gowns anytime soon, they are part of the reason for the short-centric wardrobe he sported in his younger days. Now, check out these other dress code rules everyone in the royal family must follow.