Just like any other family that also rules an entire kingdom. 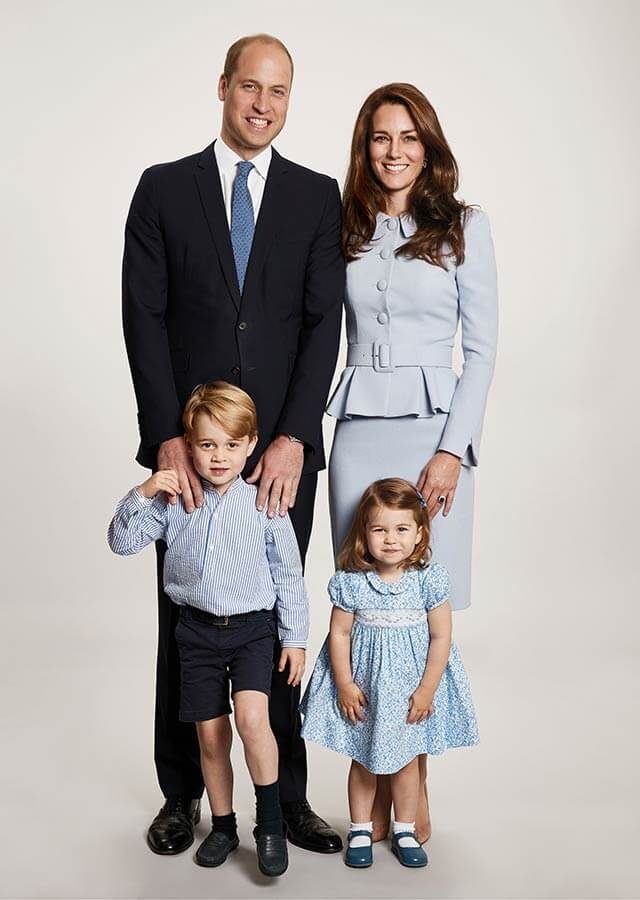 Chris Jackson/Getty Images/HANDOUT/EPA-EFE/REX/ShutterstockPrince William, Kate Middleton, Prince George and Princess Charlotte do Christmas just like any other family. They wrangle their kids, coordinate their outfits, and snap a Christmas card photo to be sent to their close friends* (*the entire adoring public). (Here are some other royal family holiday traditions you may want to steal!)

Sure, there’s some difference in production quality, and sure, the person who took the photo happens to be an award-winning Getty photographer, but… it’s still a Christmas card! The photo was released on Monday, and people are loving the adorable family photo.

Delighted that the Duke and Duchess of Cambridge have chosen to use this family portrait I shot as their Christmas Card this year – Merry Christmas! 🎄@gettyimages @KensingtonRoyal pic.twitter.com/5KDfIQg66Q

Chris Jackson, the aforementioned Getty photographer, has worked the royal beat for some time—he took photos for Prince George’s fourth birthday this past summer. George also happens to be wearing the same outfit in his birthday photos as the Christmas photo, leading People magazine to speculate that the pictures were taken on the same day.

Jackson posted the photo to his Instagram with the caption, “Delighted that the Duke and Duchess of Cambridge have chosen to use this family portrait I shot as their Christmas Card this year—Merry Christmas!” It’s not a bad honor to add to the old resume, that’s for sure.  (Here’s why George and Charlotte never open gifts on Christmas.)