Nope—this royal wedding didn't have the traditional dessert. Find out what Princess Eugenie and her new husband enjoyed at their nuptials.

Buckingham Palace celebrated Princess Eugenie’s wedding to Jack Brooksbank with a red velvet and chocolate cake inspired by the rich colors of autumn. It sounds just as delicious as our favorite fall cakes! Every royal wedding cake features significant and intricate designs which are intended to reflect the personalities of the couple as well as the significance of their union, a tradition that reaches far back to Queen Victoria’s wedding day in 1840. 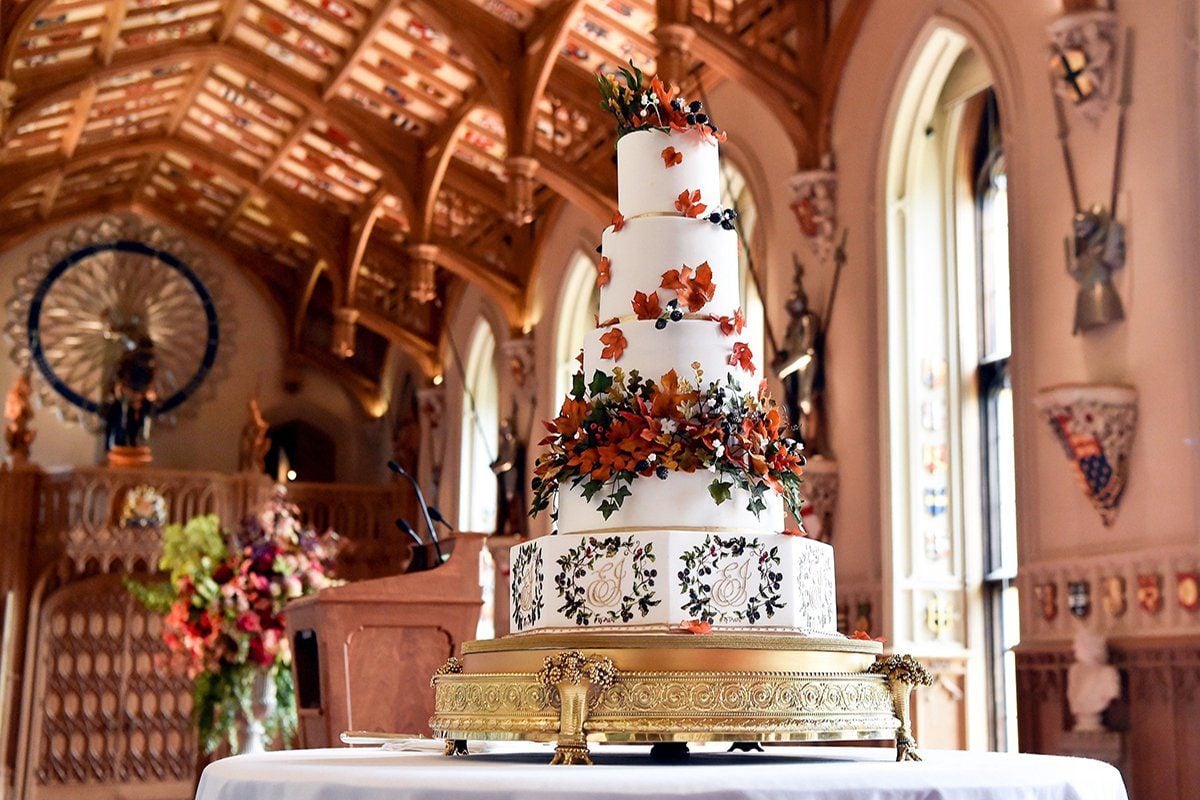 Who baked the cake?

The cake was created by London-based baker Sophie Cabot, who credits her grandmother and mom for her skills and love of baking. Sophie’s skills for making sugar-flowers came in handy, as she covered the royal couple’s cake with detailed sugar work including ivy—a nod to Princess Eugenie and Jack’s new home, the Ivy Cottage at Kensington Palace. Read up on these things you didn’t know about Princess Eugenie.

What makes their cake choice unique?

This cake was an exciting choice for the couple since royal wedding cakes are customarily multi-tiered Christmas-style fruitcakes. (Here’s why.) They’re not the first to break from tradition. Princess Eugenie’s cousin Prince Harry also chose a seasonally-inspired cake when he married Megan Markle. They served a lemon elderflower cake covered with buttercream and decorated with fresh flowers to represent spring. Princess Eugenie’s other cousin, Prince William, opted for an eight-tiered traditional fruit cake that stood three feet tall. Find out why most British royals serve fruit cake at their wedding.

What about other royal wedding cakes

Here’s an interesting royal food fact that you can slip into the conversation: Throughout history, royal wedding cakes have weighed anything from 300 to over 500 pounds. Why are they so large? Because they will often be large enough to serve over 2,000 people. In addition to guests in attendance, slices of royal wedding cake are often packaged up and sent to charities and organizations close to them. Check out what these historical cakes looked like.

Next, don’t miss these beautiful, iconic photos from royal weddings throughout history.