The surprisingly simple tip worked for Darwin, Dickens, and other history-making thinkers. 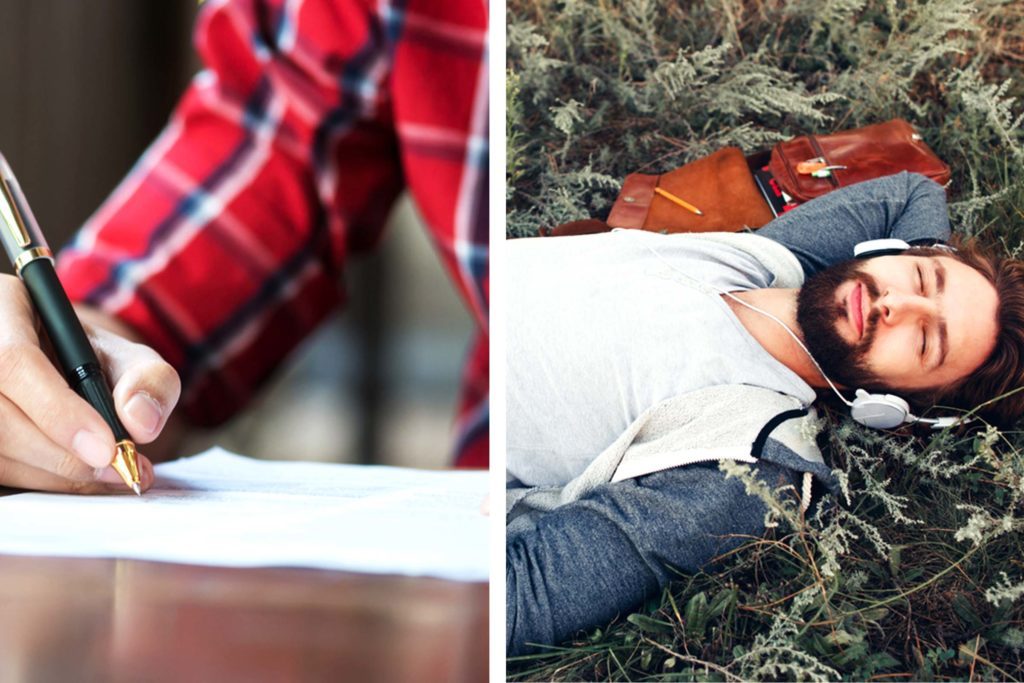 ArthurStock/Shutterstock, Golubovy/ShutterstockIf you want to get ahead, so goes conventional wisdom, you work hard. Then you work harder. Focus. Keep grinding. Put in your 10,000 hours, as Malcolm Gladwell famously urged in his book Outliers. But what if the grinders are all wrong? What if the true secret to success is working less, not more?

Wouldn’t that be a relief, given how stretched thin and stressed out we all are? In fact, historically, there is great precedent for achieving remarkable things by spending surprisingly little time on them. Alex Soojung-Kim Pang spells out this mind-blower in “Darwin Was a Slacker and You Should Be Too” on Nautilus.com.

A typical day in the life of the father of modern biology: an early-morning walk, some breakfast, then in the office by 8 to begin work. By 9:30 he took a break to read his mail and write letters. At 10:30, he went back to work. By noon he would declare, “I’ve done a good day’s work,” and he would break for lunch. Then he’d eat lunch, take another walk, have a nap, then do a bit more work in his study before dinner at 5:30.

So his work schedule basically consisted of three 90-minute blocks. “If he had been a professor in a university today, he would have been denied tenure. If he’d been working in a company, he would have been fired within a week,” Pang writes. And yet, on this schedule, Darwin wrote 19 books, including The Origin of Species, which is probably still the most famous and influential scientific tome in history. So calling Darwin a slacker isn’t exactly accurate. In fact, he meticulously planned his days. “A man who dares to waste one hour of time has not discovered the value of life,” he said.

Other great thinkers throughout history have also worked what most of us would basically classify as a half day. The list includes pioneering mathematicians Henri Poincare and G.H. Hardy, sculptor Auguste Rodin, and novelists Charles Dickens, Gabriel Garcia Marquez, and Ernest Hemingway.

Now before you protest that such a schedule may have been acceptable in earlier centuries, consider that modern creatives who keep short “office” hours have included director Ingmar Bergman and novelists Alice Munro and Stephen King, who describes four to six hours of reading and writing as a “strenuous day.”

Science supports the need to take breaks. In studies done at the Illinois Institute of Technology in the 1950s, researchers tracked the work time alongside productivity and discovered that output peaked when workers put in between 10 and 20 hours per week. Scientists who worked 35 hours a week were half as productive as their colleagues who worked about half as much. And those who worked 60 hours or more were the least productive of all.

An examination of the work habits of violin students in Berlin in the 1980s also reveals that about four hours of work a day was the sweet spot. The best musicians typically practiced in the morning, playing for 80 or 90 minutes before taking a break of a half hour or so. Then they took a nap before coming back to their instruments in the afternoon. It’s also important to note that the best students made sure to make their practice count. In other words, they didn’t screw around.

So if you want to do more, so this paradox dictates, you should begin by doing less. Just make sure you make your time count. Here’s some inspiration for making the first hour of your workday extra productive.

The States with the Most COVID-19-Related Hirings