Meet the Quadriplegic Who Defied All Odds to Become a Pilot

When an accident rendered him nearly immobile, one man learned the meaning of true grit. 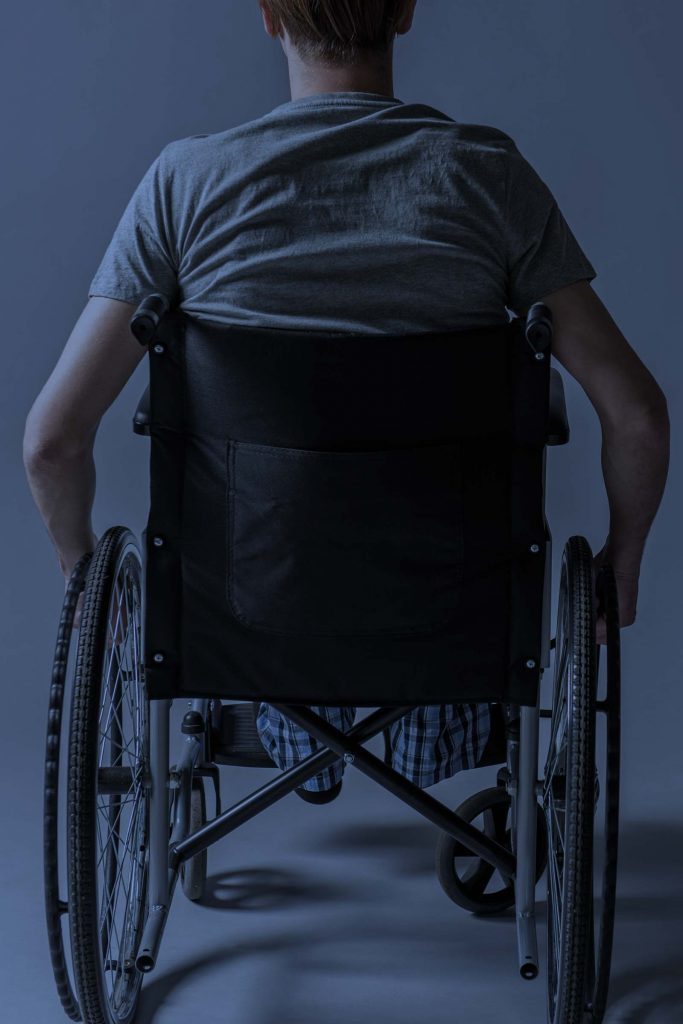 Pat Patterson, a pilot for 25 years, had never met anyone like the jut-jawed young man in the wheelchair who faced him at the Medford, Oregon, airport on July 28, 1976. Mike Henderson, a quadriplegic, wanted flying lessons.

Patterson’s eyes flickered over Henderson’s limbs. His legs could never operate the rudder pedals. How was he to maneuver over a ton of airplane? Henderson’s hands worried the instructor most—his fingers were all but inert.

It was impossible, Patterson thought. Then what stopped him from saying so? Maybe it was the young man’s obvious determination, his look of urgent desire.

Something inside the bluff and blocky flight instructor stirred in response. “Perhaps I can teach you,” he said. “But under Federal Aviation Regulations, you have to be able to get in and out by yourself.” He nodded toward his single-­engine trainer. “I’m going to get a cup of coffee. If you’re in by the time I get back, we’ll start.” 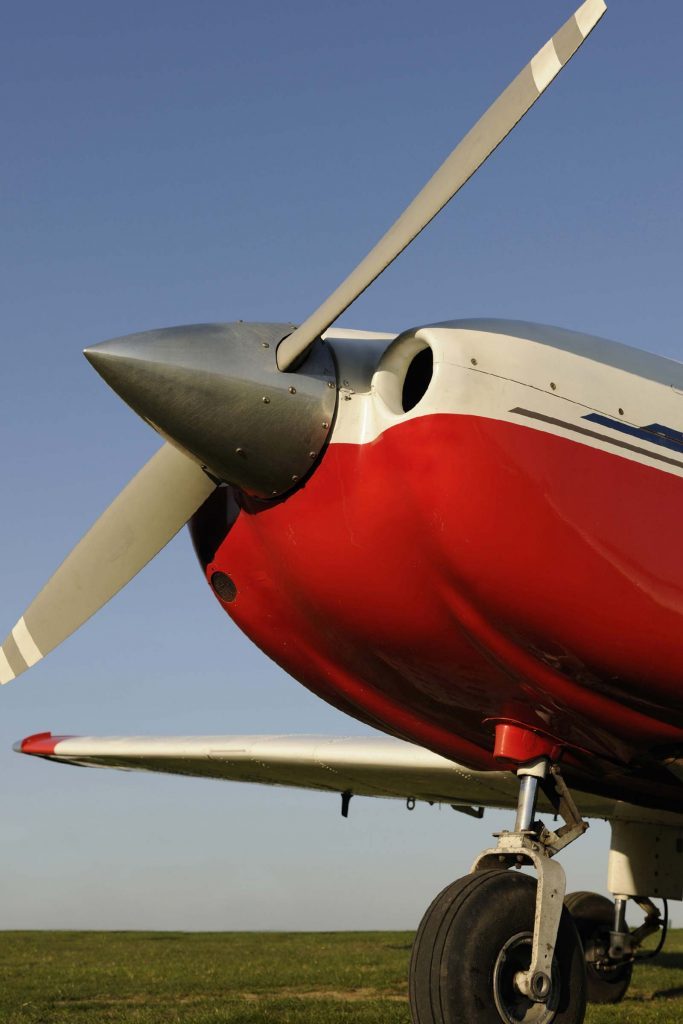 Mike Henderson had gone up for a plane ride three weeks before. Carried aboard and taken aloft, he had thought, Hey, I can do this. He certainly had the time for lessons and, with a full disability pension, the money. His first concern was whether he had the ability to handle the controls. He now realized, however, that getting into the aircraft by himself might be as tough as flying it.

Still, Henderson had grown used to meeting stiff challenges. As a 22­-year-old Coast Guardsman eight years before, he had fallen off a dock and landed on a floating log, smashing his fifth and sixth vertebrae. Doctors said that he would probably never walk again. Al­though the sensation of touch in his lower trunk and limbs would return, he was completely paralyzed from the chest down and had little movement left in his hands and arms. 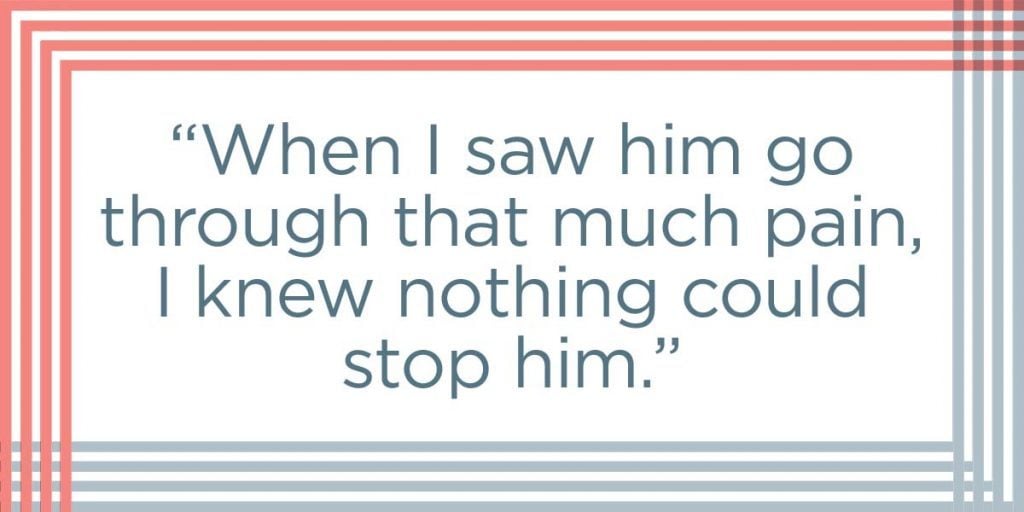 Later, a neuro­surgeon bluntly told him that he would never be able to live hour to hour without somebody helping him. For reasons he has never quite fathomed, Henderson got angry.

“Here was this doctor telling me how it was going to be,” he says. “But no one was going to limit my freedom to try.”

After weeks of physical rehabilitation, during which, among other things, he spent endless hours forcing his fingers to pluck marbles out of one pie plate and put them in another, Henderson went home to his parents. Determined to fend for himself, he learned to drive. Be­fore long, he met Ruth Tanner, and after a brief courtship, they were married. Eventually, he accomplished such feats as building and racing a high-speed dragster and floating down the Colorado River in an inner tube.

But Henderson’s rehabilitation had barely prepared him for the challenge of a Piper Cherokee, its humped cabin and broad, low wing dazzling in the morning sun. Anchoring his wheelchair beside the plane, he put one hand on the wing’s trailing edge and, with the other hand on the armrest of his chair, propelled himself upward as far as he could go. Then he rolled to face the fuselage and, digging sharply with his right elbow, began inching his dead weight toward the cockpit.

In the flight shack, Pat Patterson watched in disbelief. “He groveled his way up that wing!” he says. “That’s the only word for it. It took him 45 minutes. When I went out, he was sitting in the pilot’s seat, blood from his chewed elbow all over the place. When I saw him go through that much pain, I knew nothing could stop him.”

Nothing, perhaps, but a federal agency empowered to ensure that those who fly are qualified to do so. Sure enough, when Patterson sent Henderson for the FAA physical, the examining physician—a 40-­year air veteran himself—balked. “My God, Pat,” Dr. David Stoddard explained over the telephone, “he’s got less than 10 percent body movement!”

Patterson persisted. If he, Patterson, vouched for his pupil’s in-flight competence, would the doctor then fly with Henderson and see for himself? Dr. Stoddard agreed.

Now everything was up to instructor and student, and together they set about solving each problem as it surfaced. A scrap of carpet gave Henderson traction to scale the slippery wing. A headset freed his hands from the radio microphone, and the two men developed a vertically moving tiller bar that enabled Henderson to transfer crucial rudder control from his feet to his right arm and hand. 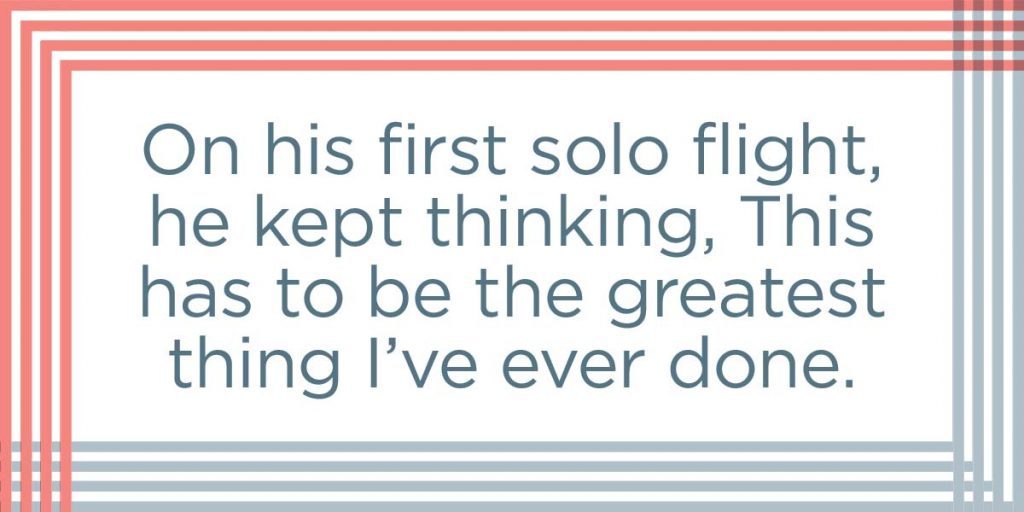 Patterson was pleased to see that Henderson’s fingers exhibited an increasing dexterity; but, as he had feared, they lacked the strength to hold back the control column in high winds or when landing and taking off. Henderson had an idea. Why not a metal hook attached to his wrist, one easily engaged or disengaged as needed? He could make it in his shop at home. The first model, a heavy steel bracelet, bit his wrist cruelly. Henderson fashioned a second one from a lightweight aluminum hospital splint sewn to a glove. It worked perfectly.

Three weeks and eight flying hours after the first lesson, Henderson and Patterson jubilantly phoned Dr. Stoddard. At the airport, as the physician looked on, Henderson briskly wheeled himself around the air­plane, doing a thorough, professional ground check. With Patterson and Dr. Stoddard on board, he went through his preflight instrument check. Minutes later, engine pulsing, the plane rolled down the runway and took off into the gray sky.

Pointing the Piper Cherokee across the wide, funnel-shaped corridor between the Cascade and Siskiyou mountain ranges, Henderson deftly put it through tight turns and stalls as Patterson, grinning at their astonished passenger, held up his hands to show that he, too, was just along for the ride. After they had landed, Dr. Stoddard told Henderson to get a new evaluation from his neurologist and agreed to give him the standard flight physical. Dr. Stoddard was hopeful that they would get the FAA to issue a Statement of Demonstrated Ability.

It took several phone calls to the FAA’s Aeromedical Certification Branch, but Dr. Stoddard succeeded. An FAA flight inspector gave Henderson a medical checkout ride and approved him for solo flight. On November 14, 1976, Henderson ­taxied the plane to a halt following his 20th hour in the air. Patterson hopped out and shouted back at him, “Make two landings and takeoffs, and I’ll see you back at the office.”

This was it: solo time. With just his right hand, Henderson pushed in the throttle, released the hand brake, and, steering the rudder with his tiller bar, taxied out to the runway. Minutes later, he was in the air.

Aloft, Henderson experienced a thrill unlike any he had ever before felt. He was a thousand feet in the sky—and all alone! He kept thinking, This just has to be the greatest thing I’ve ever done.

Patterson was waiting on the ground. “How was it?” he asked.

“Absolutely fantastic,” Henderson replied, thinking: It’s a time in your life you really take total responsibility for what’s going to happen to you. And I could do it!

In succeeding months, with the help of Dr. Stoddard, Mike Henderson became the first quadriplegic ever to get both his instrument rating and his commercial pilot’s license. He began to tease airline pilots: “One of these days I’ll announce over the loudspeaker, ‘La­dies and gentlemen, this is your captain speaking. We’ll be taking off as soon as my wheelchair is aboard.’”

“What sets Mike Henderson apart is his will,” says Dr. Stoddard. “His accomplishment is truly out­standing, almost unbelievable.” As he became more proficient, Henderson sought out other instructors. Patterson said some of them didn’t fully understand what motivation was. He always told them, “Go take a ride with Mike—then you’ll know.”

Editor’s Note: Though he continued to fly throughout his life, Mike Henderson ultimately became a ­social worker special­izing in counseling veterans. He died of natural causes in 2014.

Pat Patterson died in 1979, when the plane he was piloting went down at sea.

This story originally appeared in the April 1982 issue of Reader’s Digest.