Talking to a Debbie Downer can stress you out, but with the right tools you can lighten the mood for all.

For years, Janice Holly Booth endured her mother’s lengthy airing of grievances about her aches and pains. It got so bad that Booth felt her mother’s excessive grumbling was ruining the quality of their time together, so she finally spoke up.

“I know you probably don’t realize it,” Booth told her mother, “but you spend the first 20 to 30 minutes of ­every conversation complaining.” When her mother objected, the two agreed to start keeping a running tally.

“When we’d sit down to talk, I’d bring a notepad,” Booth says. “When she’d start off on a tear, she’d see me writing, catch herself, then stop.”

Before long, it was clear that Booth’s intervention not only helped her mother—it also helped their relationship. “Now her recitation of maladies takes 60 seconds and we move on,” Booth says. “I give her a lot of credit for making that behavioral change.”

You may not be as bold as Booth was with her mother, but there are other ways to get a chronic complainer to taper off without starting an argument—a precious skill anytime, but one that is especially useful around family-reunion season. To be effective, it helps to understand why people complain in the first place.

In fact, even the kindest, most considerate people complain—the average person does it between 15 and 30 times a day. And complaining doesn’t always have a negative impact. Sometimes a complaint changes an unfavorable situation into a more desirable one. Other times, complaining can deepen our relationships (such as when we confide in someone we trust) or foster new relationships (like when we strike up conversations with people we don’t know well by griping about, say, the terrible weather).

The problems start when complaining becomes the default mode. “When we have a need to be heard, we repeat ourselves. We become more emphatic,” says Dian Killian, PhD, a New York City-based life coach. This behavior could be hard­wired, since it does seem that those who complain frequently don’t realize that they do. Robin Kowalski, a psychology professor at Clemson University in South Carolina and one of the first researchers to study complaining, says the satisfaction for chronic complainers comes from attention. “Even if it’s negative attention,” she says, “they’re OK with that.” This is why some Negative Nancies (or Neds) are never satisfied with any suggestion to address the problems that they highlight—resolution isn’t their aim.

So, how do you get a chronic complainer to scale back, for the sake of your health and his?

Some complainers will switch gears if you shift the conversation in a direction that interests them. If your neighbor is fussing over the phone company, tell her about an unexpected call you received from an old friend. If your coworker is bellyaching about your boss, ask whether he met the new employee.

This tactic is especially effective on those who are mindlessly venting, and you can keep using it. “Don’t just try it one time,” Kowalski says. “Get them off the focus that they’re currently on.”

If your complainer keeps repeating himself, he may stop if you demonstrate that you’re listening. “Ask something like, ‘Can I tell you what I’ve heard so far so you know that I’ve gotten it?’ ” Killian says.

Hard as it may be, avoid saying the word complaining. “It has such negative connotations,” Kowalski says. Saying you hear their dissatisfaction gets the point across—and it’s not nearly as loaded a term. 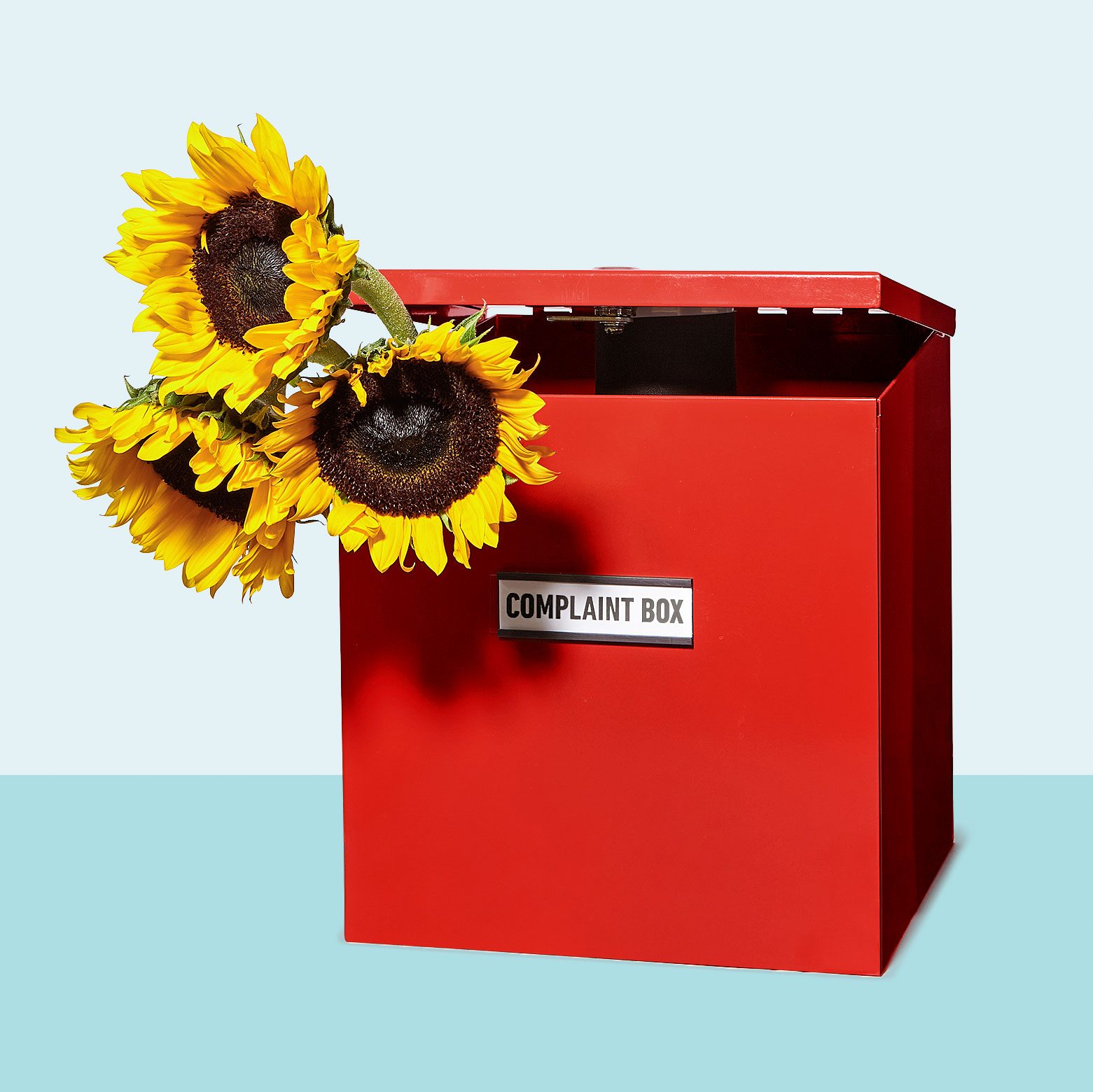 Challenge the person to act

When a chronic complainer tells you about her latest problem, ask nicely what she’s done to improve it. This isn’t the usual direction a grievance-laden conversation takes, and it may help to abruptly end a rant.

“Typically, it’s not about a strategy to fix it—they just want to keep talking about it,” Kowalski says. “If you break that pattern, it puts them off guard, and people typically stop.”

When you have things to do, tell the complainer that you must cut the conversation short. You don’t need a tangible excuse such as a work deadline to pull this off. You can simply be honest, even saying you need to move on so the conversation doesn’t bring you down—especially if it’s someone who’s complained to you many times before.

When it’s someone very close to you—your partner, sibling, or best friend—who stresses you out with a barrage of negativity, it’s important to talk about the problem. Otherwise, if you bottle up your feelings and continue listening to repeated complaints, you may grow resentful or start avoiding the person.

Broach the topic gently. Rather than pointing a finger at the other person, focus on the effect it’s having on you. “You’re still acknowledging the other person’s behavior,” Kowalski says, “but it’s being done in terms of ‘I’ and ‘me’ rather than ‘you.’ ”

99 of the Best 4th of July Sales You Won’t Want to Miss
How to Talk to People Even If You Disagree
How a Boy and His Telephone Operator Formed a Lovely, Lasting Friendship