How One Reader Rediscovered Her Love for Libraries

Susan OrleanUpdated: Mar. 25, 2019
From the book The Library Book

The magic of these book-lined buildings—palaces, really—filled my childhood with delight. Parenthood helped me experience that bliss again.

I grew up in libraries, or at least it feels that way. I was raised in the suburbs of Cleveland, just a few blocks from the brick-faced Bertram Woods branch of the Shaker Heights Public Library system. I went there several times a week with my mother. She and I would walk in together, but as soon as we passed through the door, we each headed to our favorite section. The library might have been the first place I was ever given autonomy.

Even when I was maybe four or five years old, I was allowed to head off on my own. Then, after a while, my mother and I would reunite at the checkout counter with our finds. Together we’d wait as the librarian pulled out the date card and stamped it with the checkout machine—that ­giant fist thumping the card with a loud chunk-chunk, printing a crooked due date underneath a score of previous crooked due dates that belonged to other people, other times.

Those visits were dreamy, frictionless interludes that promised I would leave richer than I’d arrived. It wasn’t like going to a store with my mom, which guaranteed a tug-of-war between what I wanted and what my mother was willing to buy me; in the library, I could have anything I wanted.

After we checked out, I loved being in the car and having all the books we’d gotten stacked on my lap, pressing me under their solid, warm weight, their Mylar covers sticking a bit to my thighs. It was such a thrill leaving a place with things you hadn’t paid for; such a thrill anticipating the new books we would read. On the ride home, my mom and I talked about the order in which we were going to read our books, a solemn conversation in which we planned how to pace ourselves through this charmed, evanescent period of grace until the books were due.

When I was older, I usually walked to the library by myself, lugging back as many books as I could carry. Occasionally, I did go with my mother, and the trip would be as enchanted as it had been when I was small. Even when I was in my last year of high school and could drive myself to the library, my mother and I still went together now and then, and the trip unfolded exactly as it had when I was a child, with all the same beats and pauses and comments and reveries, the same perfect, pensive rhythm we’d followed so many times before. When I miss my mother these days, since she died two years ago, I like to picture us in the car together, going for one more magnificent trip to Bertram Woods.

My parents valued books, but they grew up in the Depression, aware of the quicksilver nature of money, and they had learned the hard way that you shouldn’t buy what you could borrow. Because of that frugality, or perhaps independent of it, they also believed that you read a book for the experience of reading it. You didn’t read it in order to have an object that had to be housed and looked after forever, a memento of the purpose for which it was obtained. The reading of the book was a journey. There was no need for souvenirs.

Our uncrowded bookshelves at home had several sets of encyclopedias (an example of something not convenient to borrow from the library, since you reached for it regularly and urgently) and an assortment of other books that, for one reason or another, my parents had ended up with. There were some travel guides, some coffee-table books, a few of my father’s law books, and a dozen or so novels that were either gifts or somehow managed to justify being owned outright.

When I left for college, one of the many ways I differentiated myself from my parents was that I went wild for owning books. I think buying textbooks was what got me going. All I know is that I lost my appreciation for the slow pace of making your way through a library and for having books on borrowed time. As soon as I got my own apartment, I lined it with bookcases and loaded them with hard­covers. I turned into a ravenous buyer of books. I loved the alkaline tang of new ink and paper, a smell that never emanated from a broken-in library book. I loved the crack of a newly flexed spine and the way the brand-new pages felt almost damp, as if they were wet with creation. Sometimes I fantasized about starting a bookstore. If my mother ever mentioned to me that she was on the waiting list for some book at the library, I got annoyed and asked why she didn’t just go buy it.

I might have spent the rest of my life thinking about libraries only wistfully, the way I thought about, say, the amusement park I went to as a kid. Libraries might have become just a bookmark of memory more than an actual place, a way to call up an emotion of a moment that occurred long ago, something that was fused with “mother” and “the past” in my mind.

But in 2011, my husband accepted a job in Los Angeles, so we left New York and headed west. My son was in first grade when we moved. One of his first school assignments was to ­interview someone who worked for the city. I suggested talking to a garbage collector or a police officer, but he said he wanted to interview a librarian.

We were so new to town that we had to look up the address of the closest library, which was the Los Angeles Public Library’s Studio City branch. It was about a mile away from our house, about the same distance that the Bertram Woods branch had been from my childhood home.

As my son and I drove to meet the librarian, I was flooded by a sense of absolute familiarity, a gut-level recollection of this journey, of parent and child on their way to the library. I had taken this trip so many times before, but now it was turned on its head, and I was the parent bringing my child on that special trip.

We parked, and my son and I walked toward the library, taking it in for the first time. The building was white and modish, with a mint-green mushroom cap of a roof. From the outside, it didn’t look anything like the stout, brick Bertram Woods branch, but when we stepped in, the thunderbolt of recognition struck me so hard that it made me gasp. Decades had passed, and I was 2,000 miles away, but I felt as if I had been whisked back to that precise time and place, walking into the library with my mother.

Nothing had changed—there was the same soft tsk-tsk-tsk of pencil on paper, and the muffled murmuring from patrons at the tables in the center of the room, and the creak and groan of book carts, and the occasional papery clunk of a book dropped on a desk. The scarred wooden checkout counters, and the librarians’ desks, as big as boats, and the bulletin board, with its fluttering, raggedy notices, were all the same. The sense of gentle, steady busyness, like a pot of water on a rolling boil, was just the same. The books on the shelves, with some subtractions and additions, were certainly the same.

It wasn’t that time stopped in the library. It was as if it were ­captured here, collected here, and in all libraries—and not only my time, my life, but all human time as well. In the library, time is dammed up—not just stopped but saved. The library is a gathering pool of narratives and of the people who come to find them. It is where we can glimpse immortality; in the library, we can live forever.

So the spell that libraries had once cast on me was renewed. Maybe it had never really been broken, although I had been away long enough that it was like visiting a country I’d loved but had forgotten as my life went galloping by. I knew that part of what hooked me had been the shock of familiarity I felt when I took my son to our local library—the way it telegraphed my childhood, my relationship to my parents, my love of books. It brought me close, in my musings, to my mother, and to our sojourns to the library.

It was wonderful and it was bittersweet, because just as I was rediscovering those memories, my mother was losing all of hers. When I first told her that I was writing a book about libraries, she was delighted and said that she was proud that she’d had a part in making me find them wondrous. But soon the dark fingers of dementia got her in their grip, and they pried loose bits of her memory every day. The next time I reminded her about the project and told her how much I had been thinking about our trips to Bertram Woods, she smiled with encouragement but with no apparent recognition of what I meant. Each time I visited, she receded a little more—she became vague, absent, isolated in her thoughts, or maybe in some pillowy blankness that filled in where the memories had been chipped away—and I knew that I was carrying the remembrance for both of us.

The writer Amadou Hampate Ba once said that in Africa, when an old person dies, it is like a library has burned. When I first heard the phrase, I didn’t understand it, but over time I came to realize it was perfect. Our minds and souls contain volumes inscribed by our experiences and emotions; each individual’s consciousness is a collection of memories we’ve cataloged and stored inside us, a private library of a life lived. It is something that no one else can entirely share; it burns down and disappears when we die. But if you can take something from your internal collection and share it—with one person or with the larger world, on the page or in a story told—it takes on a life of its own. 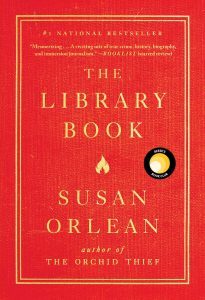 via amazon.comBuy your own copy of The Library Book by Susan Orlean to hear more of the story.

Excerpt from The Library Book, Copyright © 2018 by Susan Orlean. Reprinted with permission of Simon & Schuster, simonandschuster.com.

Yes, You Really Do Need to Clean Your Humidifier. Here’s How 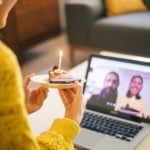 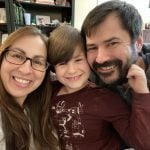 Why I Stopped Complaining About Quarantine—And You Should Too