The Easy Way to Restore a Rusted Cast-Iron Skillet

Give your rusty skillet a face-lift with this step-by-step guide.

“My cast-iron skillet is ruined. Maybe I should just throw it away.”

When I heard a friend say this the other day, my jaw nearly fell to the floor. What could have gone so terribly wrong for her to want to throw away a cast-iron skillet? Did it break in half? Was it cracked? Did she drop it in some sort of radioactive acid? Cast-iron skillets are practically indestructible, and they’ll last you a lifetime—especially when you’re taking proper care.

With a quick sigh of relief, I consoled her. Cast-iron skillets are naturally prone to rust. But even if it has turned bright orange, the pot absolutely can be fixed. (Even if you snag an old, rusty skillet at the flea market, that orange will come off!) It only takes a few simple steps to have your rusted cast iron looking brand-new. We’ll show you how it’s done. Find out 4 things you should never cook in cast iron.

How to remove rust from a cast-iron skillet 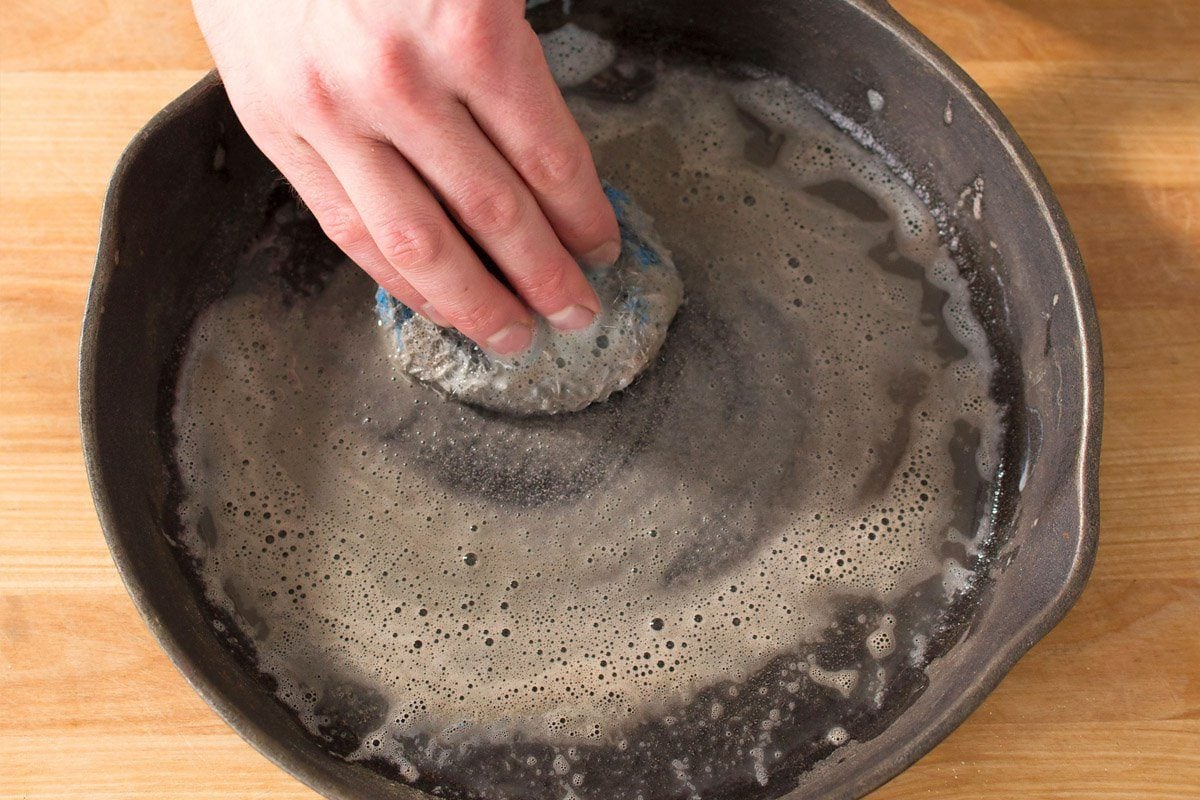 Ignore all those times you’ve been told to be gentle with your cast-iron skillet. The reason to be gentle while cleaning is to preserve the seasoning. The iron itself is virtually indestructible. Here, you’re going to strip away all the rust (and the seasoning). Don’t worry—we’ll add more seasoning later.

It’s going to take a little bit of elbow grease and a hard abrasive tool to remove the rust. Get the pan wet, add a little soap, then go to town with your scrubber (depending on the level of rust, a tough sponge will do). Scrub in small circles, focusing on the rustiest parts first. Continue scrubbing until you see the original black iron emerge. Find out more kitchen products people can’t stop buying.

Test Kitchen tip: Have a newer pan that’s developing small amounts of rust? There’s an easier way to restore it to new. Simply dampen a paper towel with oil and use it to wipe away the rust. Continue wiping the entire skillet, then skip to step 3. 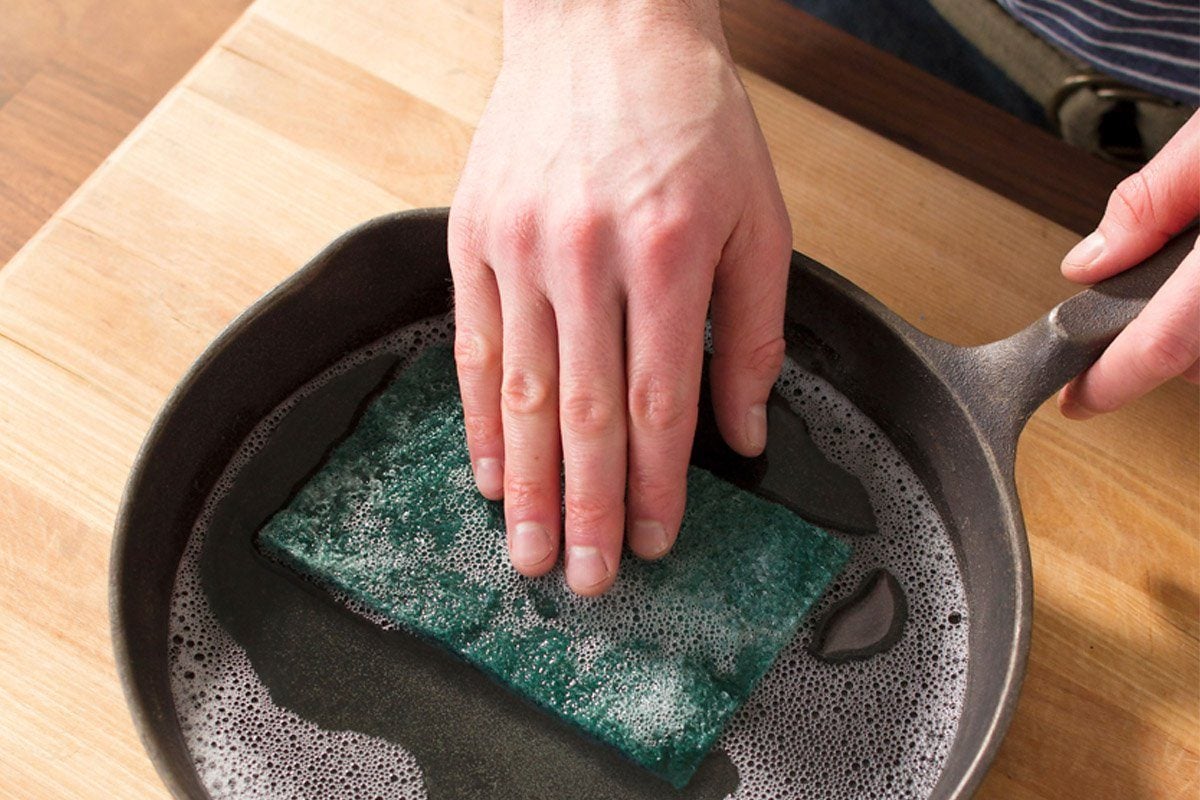 At this point, you’ve likely worked up a copper-brown mush. Rinse that gunk off in the sink. Make sure your skillet is totally clean by doing another scrub—this time with a soft soapy sponge. Buff off any residue or rusty bits that remain.

With the rust completely removed, your cast-iron skillet should be looking almost back to normal. But without any seasoning, it’ll have a dark gray, matte finish. Dry it off with a clean dish rag. (Psst… don’t use a rag you’re fond of. The skillet can leave dark stains!) To dry it completely, place the skillet on the stove and turn on the heat for a few minutes. Any lingering moisture will evaporate right off. Don’t miss these cooking mistakes that can make your food toxic.

Now that you’ve returned your skillet to its base layer, you’ll need to season it for use. Drop a tablespoon of vegetable oil on the pan and spread it around with your fingers or a paper towel. (Take care not to burn yourself on a warm skillet!). Oil the outside and the handle, too. Next, take a folded napkin and wipe off the excess oil. You’ll want the skillet to be lightly greased. Set your oven to 350 degrees and put some aluminum foil on the bottom rack. Then pop the skillet in, upside down, on the upper rack for about 1 hour. Turn the oven off and leave the pan inside until it’s cool. The oil will bake into the pores of the pan, providing a non-stick finish.

Repeat this step a second time and you’ll have an almost glassy surface of seasoning.

Ta-da! Your rusted cast-iron skillet is good as new. That means it’s time to start cooking. Start here, with our favorite cast-iron skillet recipes. You’ll learn how to sizzle up some fajitas, pan-fry pork chops and even bake an upside-down cake.

Want to avoid a having a rusted cast-iron skillet in the first place? Keep the following tips in mind:

Next, find out the only types of cookware you should be using.

Does Bissell’s Little Green Machine Really Work? We Tried the Viral TikTok Product
I Have Two Kids and Dog—and I Swear by Ruggable Washable Rugs