It Took 60 Years, But This Man Finally Ended Up with the Love of His Life

Bill and Phyllis exchanged love letters while Bill served in the Air Corps. When she told him she was engaged, he thought their love was over. 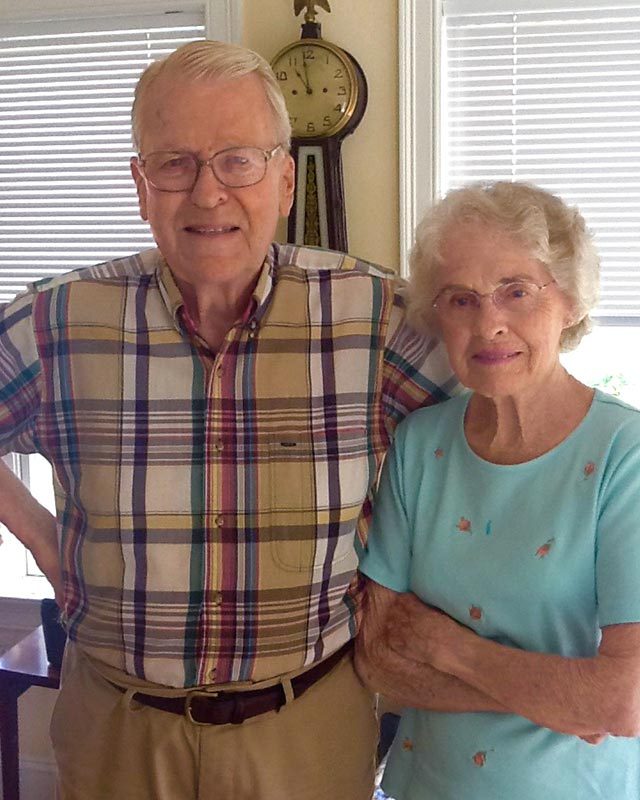 Bill Hart/Reminisce ExtraBack in 1943, I was 20, in the Air Corps cadet training program, and stationed at Oswego State Teachers College in New York. At a mixer for cadets, I asked a student, Phyllis Rech, for a dance. She accepted, and we ended up going steady for the remainder of my time there.

When I shipped out, Phyllis came to the railroad station, and we shared some tears. We started writing, and became so serious that we were talking of getting married. (These beautiful stories reveal how real couples found “the one.”)

After I received my pilot’s wings, I was stationed at several airfields. I was so in love with Phyllis I didn’t even go into town. Instead, I spent many a weekend on post rereading her beautiful letters, which always smelled of lily of the valley perfume.

In those days, if you put the stamp on upside down, it stood for love. On the envelope, she would print S.W.A.K., meaning “sealed with a kiss.” Her letters always ended with a red lip print, which I would kiss while thinking of her.

Unfortunately for me, that didn’t last. Phyllis met a young Air Corps pilot. She wrote me a letter, this time without the usual acronym on the envelope, and told me that she was engaged.

But life went on and I put Phyllis out of my mind. I met a wonderful woman to whom I was married for 54 years. My wife, Sally, died in 2002.

At that time, I was in my 80s and had turned my energies toward cleaning the clutter out of my home. I came across a big cardboard box of letters from Phyllis, along with a handful of old black-and-white snapshots.

I wondered what had happened to her. I wrote to the college in Oswego and learned she was still alive. They also gave me her address and I wrote to her. Turned out her husband had passed within two months of my wife. Phyllis was in Syracuse, New York, and I was in Farmington, Connecticut. We wrote and spoke on the phone. After a few months, we realized our old fire was just embers, but it still kept us warm.

In 2006, I drove to Syracuse, presented her with roses and said, “This is the first day of the rest of our lives.”

We were so serious with each other that we sold our houses and bought a condo together in Granby, Connecticut, where I can trace my family roots to 1670. I’m 93 and she’s 92.

I recently gave Phyllis a framed poem that reads, “This I will remember, when the rest of life is through, the finest thing I have ever done is simply loving you.”