Riding Motorcycles Is More Dangerous Than You Thought—Here’s Why

We've long known that motorcycles are dangerous, but a new study explains why that is—and it has nothing to do with helmets. 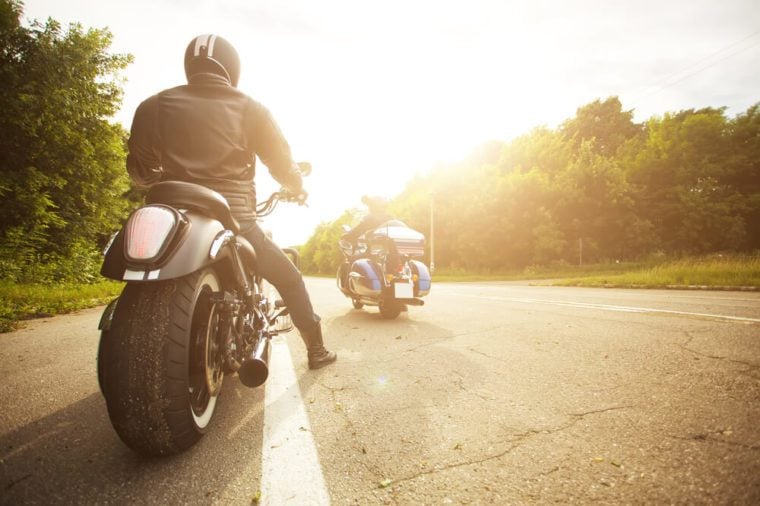 kozirsky/ShutterstockMotorcycle helmets save lives. The National Highway Traffic Safety Administration estimates that in 2013, helmets prevented 1,630 deaths and an additional 715 lives could have been saved (out of the 4,668 motorcyclists who died) if they had been wearing a helmet. But there are some things helmets can’t save motorcyclists from, according to a new study: being invisible to other drivers.

The research, published in the journal Human Factors, examined how a phenomenon known as “inattentional blindness”—the failure of the brain to register an unexpected object in plain sight—might explain why so many motorcycle crashes involve drivers who claim they never saw the rider. The study authors, led by Kristen Pammer, PhD, a psychology professor at the Australian National University in Canberra, suspected this “looked-but-failed-to-see” type of crash can’t be explained by motorcycle size and visibility. “When we are driving, there is a huge amount of sensory information that our brain must deal with… The frequency of [these type of] crashes suggests to us a connection with how the brain filters out information,” Dr. Pammer said in a press release.

To test this theory, Dr. Pammer and her colleagues asked 56 volunteers to look at photos that had been taken from a driver’s perspective, including one that had been manipulated to include an unexpected object: either a motorcycle or a taxi. The volunteers were then asked to assess whether the photo showed a “safe” or “unsafe” driving situation. Dr. Pammer found that people were twice as likely to miss a motorcycle compared with a taxi. Follow-up experiments found similar results.

Dr. Pammer would like to use the study as a basis for encouraging and even training drivers to become more consciously aware of motorcycles on the road. “By putting motorcyclists higher on the brain ‘radar’ of the driver, hopefully drivers will be more likely to see them,” she notes. In the meantime, make sure you memorize these tips for safely handling scary and unexpected driving scenarios.