Science Says If You Don’t Have This One Thing in Your Sex Life, You’re Missing Out

Is romance dead? According to a new survey, it might be.

Everyone’s sex life is unique. Some people may enjoy a sexual renaissance at an older age, some age groups have generally unsatisfying sex, some generations have less sex than their predecessors. Now, answer this question on the count of three: What is missing for you in the bedroom?

According to a new study in PLOS One, most Americans can agree that romance is what’s lacking in their sex lives. Indiana University’s School of Public Health-Bloomington paired with the Center Sexual Health Promotion to conduct the study and crunch the numbers. Over two thousand adults (2,021 to be exact) were surveyed about which sexual acts they had previously taken part in, and which sexual acts they had the desire to take part in.

The study provided a list of 50 bedroom activities, and overwhelmingly, the most-desired acts were the tamest and most tender for both men and women. In a press release, the lead author of the study, Debby Herbenick, expanded on the findings:

“Contrary to some stereotypes, the most appealing behaviors, even for men, are romantic and affectionate behaviors. These included kissing more often during sex, cuddling, saying sweet/romantic things during sex, making the room feel romantic in preparation for sex, and so on.”

The study also found that more people listed having a desire to try a specific act as opposed to the number of people who have actually experienced it. In short, there’s a disconnect between thoughts and actions when it comes to American intimacy.  For those looking to improve their sex life, maybe try this mental trick, or give 3 P.M. sex a go—both options are proven to work. 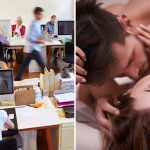 Want to Get Ahead At Work Tomorrow? Have Sex Tonight 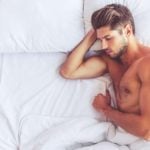