While the world awaits the royal nuptials of England’s Prince William and Kate Middleton, engage yourself in our list of wedding-day words you might not know. Morning Coat
Short in front, longer in the back, the morning coat tapers from the waistline button to end in a vented, broad tail. In American English the morning coat is known as a cutaway coat.

Escort Cards
These alphabetically placed cards that guests see upon entering the wedding venue provide seating information. We doubt Prince William and his bride will be using escort cards for their celebrity guest list of 1,900.

Page Bearers
Also called train bearers, pages hold the bride’s dress train as she makes her way down the aisle. In England, pages are traditionally a duo of young boys, anywhere from 6 to 9 years old, however girls can be pages, too.

Garrard
The official crown jeweler for the British monarchy. Garrard is the source of the late Princess Diana’s engagement ring, which her son presented to Middleton in October 2010.

Ascot
A men’s formalwear accessory, the ascot is a wide, patterned scarf that gets looped beneath the chin. Fastened with a tack–or in Britain, a stick pin–ascots are often worn with wing collars under morning coats.

Flyaway Veil
Affixed properly, this veil is not going anywhere, but that’s not how it got its name. This veil is multilayered and falls so it sits right at the bride’s shoulders. It’s less formal than the longest veil, which is referred to as a cathedral style.

Sweetheart
A type of neckline anyone interested in dresses and fashion would recognize by its distinctive resemblance to the top arches of a heart above the bustline. The world still awaits news on which designer will be credited as dressmaker for the princess-to-be.

Organza
A silk or synthetic fabric finish that’s sheer and iridescent. As a ribbon, organza can be wrapped around chairs. It’s delicate yet strong and is often used as decoration for tables.

Cipher
The interweaving of symbolic letters, usually initials, to form a monogram. Aisledash reports that the royal couple’s wedding cake will debut their own cipher, along with several other emblematic elements, such as the English rose, Irish shamrock, and ivy leaves.

English Wedding Walk
In traditional English village weddings the bride and her wedding party walk from her home to the church for the ceremony. Ahead of the bride, a young girl customarily tosses flower blossoms upon the path. This is one tradition that Kate Middleton will eschew, opting instead to be driven to Westminster Abbey in a Rolls Royce Phantom VI, accompanied by her father.

Plus: Quick Study: The Royal Wedding of Kate & Will

Sources: The Knot’s Complete Guide to Weddings in the Real World (1998), David Tutera’s The Big White Book of Weddings (2009), aisledash.com 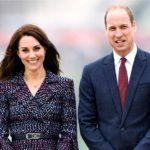 This Is Why Prince William and Kate Middleton Rarely Show PDA 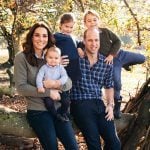