Released this weekend to general critical acclaim but soft box office numbers, Side Effects is a film that deserves to 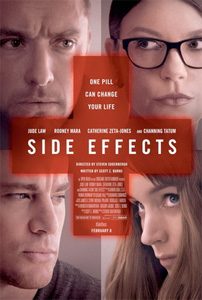 Released this weekend to general critical acclaim but soft box office numbers, Side Effects is a film that deserves to reach a wider audience. It’s a thriller in the Hitchcock tradition (albeit with modern, R-rated sensibilities) that also aims to tackle relevant issues surrounding prescription medications. Beyond a dizzying plot that leaves you guessing about the nature of main character Emily Taylor’s depression and the Rx drugs she takes, Side Effects also offers challenging questions about corruption—whether it’s from crooked doctors or shifty corporate types.

Writer Scott Z. Burns (also known for Contagion and The Bourne Ultimatum) took time to speak with me about the film and its background.

“When you look at the proliferation of medication and drugs around us, we’re kind of entering a new era, whether it’s conversations about performance-enhancing drugs in sports or the fact that a lot of people are more open to taking drugs to deal with anxiety and sleep,” said Burns. “There is a meaningful discussion to be had in this country about how we use prescription medication. That’s a very large and complicated issue. Psychiatry relies on the DSM-IV, and we’re waiting on the DSM-5, and there’s a lot of debate about what constitutes a mental illness. There are a lot of people who can get these prescription medications over the internet. I do hope that Side Effects fosters a debate about that.”

Of course, big issues can’t come to life on the screen without good characters. For aspiring writers—or anyone who’s curious about the inner workings of a good story—Burns shared a bit about his process.

“We start with a story, or something that a human being did, and then imagine where you must’ve been on the inside to behave that way on the outside,” said Burns. “I’m drawn to stories where someone has behaved in a really fascinating, provocative, dangerous, exciting way. The work of writing is to go inside and figure out why that person did that.”

For interesting reads on Side Effects, I recommend the reviews published in the Chicago Tribune and The New York Times, plus those posted on Slate.com and Wired.com. And for more behind the scenes, check out this feature, also from Wired.

Those curious about the real-world topics Burns referenced should browse the DSM-5 articles on the American Psychiatric Association’s website and pay a visit to The Huffington Post, where clinical psychiatrist Bruce E. Levine recently wrote about the upcoming book. 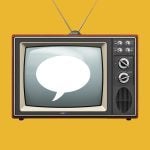