Prepared to Be Amazed: Sampson Is the Smartest Donkey You’ll Ever See

This talented donkey is a top-notch entertainer and a faithful best buddy. 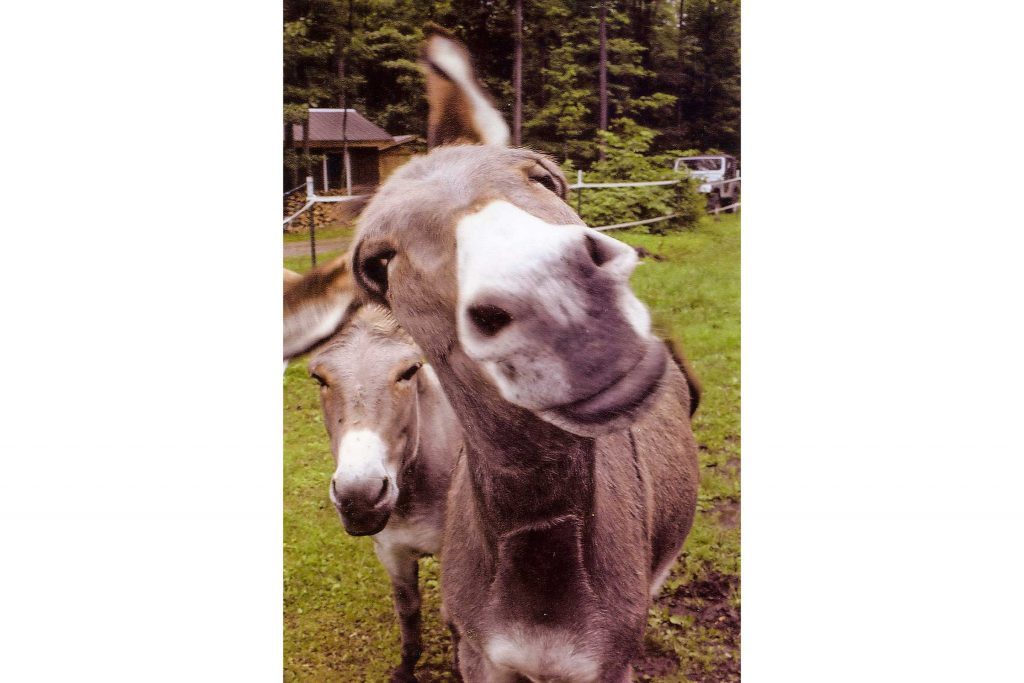 When the young donkey Daisy May came to us through a foster home that rescued her from neglect, even her hooves were curled up. By the looks of her growing belly, I thought she might be pregnant. With no prior donkey experience, I was unprepared for what might come next.

After a difficult labor, Daisy’s baby was born. I thought the poor thing was dead. I planned to put the loss behind us and make sure she never got pregnant again.

Just then, I heard a gurgling noise. I couldn’t believe that baby was breathing and blinking his big brown eyes at me! We called him Samson, and of course I became his mother as much as Daisy was. I prepared to bottle-feed him, but Samson quickly found his natural food source. Thank God! This new mother was going to bond with her baby.

At first I didn’t know if the baby was a hinny, mule, or donkey. I consulted an expert and learned that a mule has a horse tail, and a hinny has small horse ears. Samson has a donkey tail and just look at those long donkey ears! 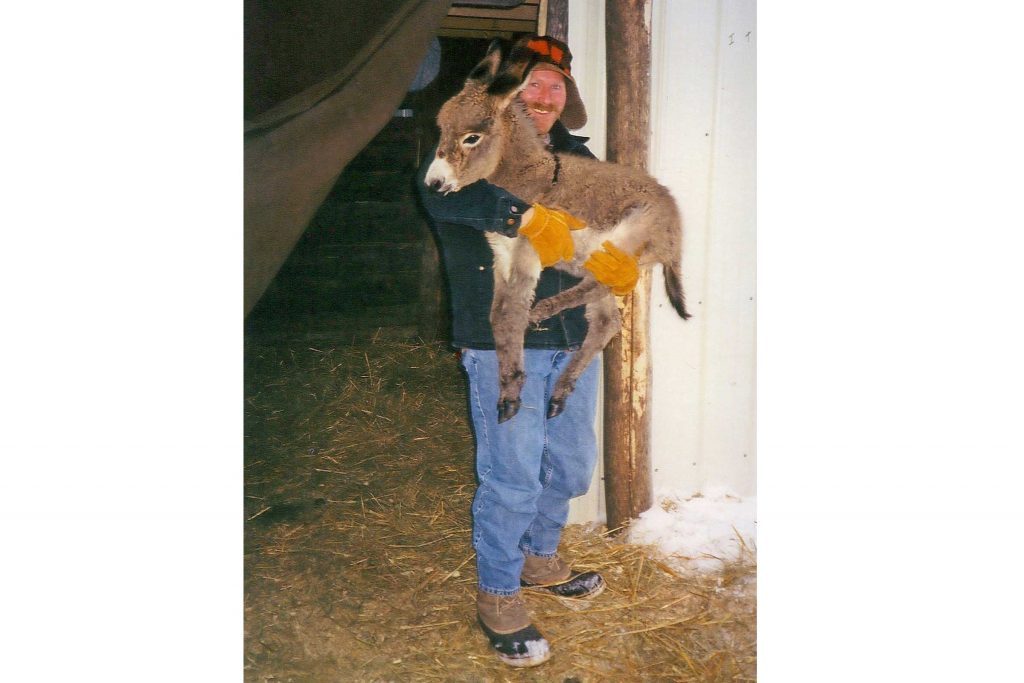 That was 11 years ago. Since then, Samson has grown up surrounded with loving companions. I had to separate Daisy and Samson for a few hours a day when he was nine months old to wean him, but otherwise he goes wherever she does. I think she would be lost without him.

His donkey stepdad Bernard taught him to always be ready to have fun. They enjoy playing football together and wrestling in the dust on a hot summer day.

I asked an Amish man to customize a harness for my three little donkeys. When I brought it home I taught them one by one how to pull a cart. Samson watched and freely tagged along next to Daisy. When he was three, I put the harness on him and he knew exactly what to do.

Last winter, I wondered how Samson would feel about dragging a plastic sled behind him with me sitting on it. No problem at all—away we glided across the snow.

The most exciting thing about Samson is that he has become a little famous. People come from all over to see him perform. The neighbors bring their grandchildren, my nieces bring their friends, and once a group from a nursing home came by. 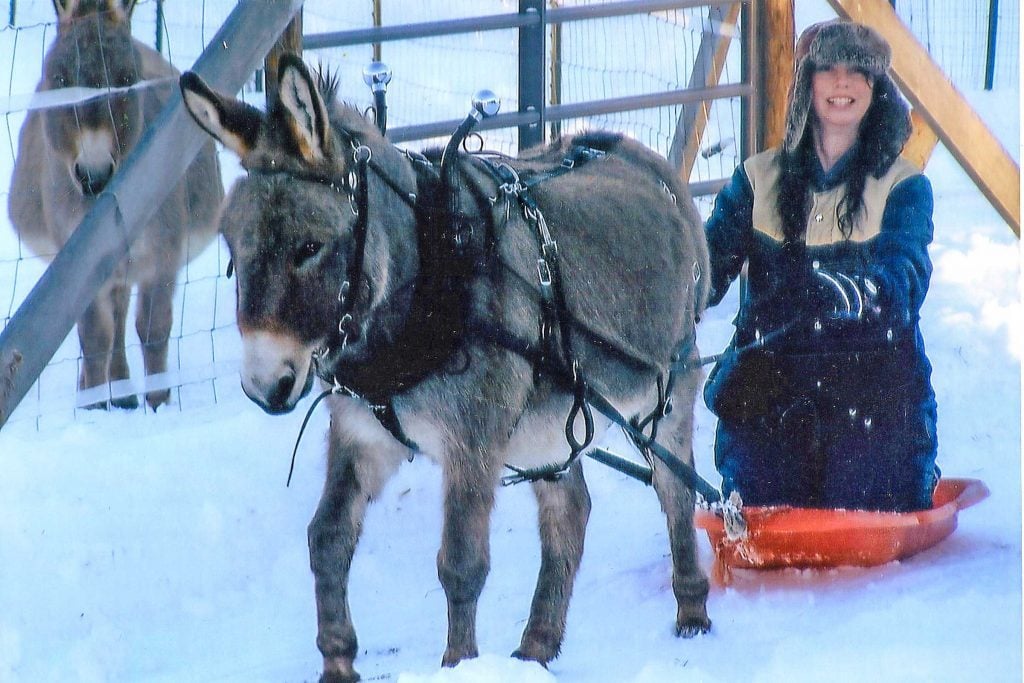 Samson shakes hands, unties my shoe, picks up a glove or hat, plays peekaboo and more.

And when I ask him if he has any bad habits, he tries to pick my pocket! He miraculously learned these tricks himself. I just ask him to do them and he understands.

I always thought Samson was pretty spectacular, but I shouldn’t have been surprised at his talents. After all, there is an account in the Bible that a donkey talked with God’s help. And the Lord chose one of these faithful beasts to ride into Jerusalem on Palm Sunday. At Christmas, we remember it was a donkey that carried Mary into Bethlehem.

The relationship I have with my “baby” Samson has been an amazing experience. Every day is a fun day with this superstar donkey. 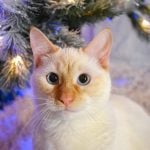 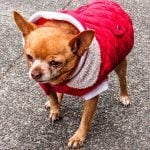 The Dog Who Ate Christmas—Was Of Course a Chihuahua Mix!