Mall Santas provide an accessible swath of Christmas magic for the everyman who also wants to get his Auntie Anne’s fix. But not just anyone can hop into the big red pants and do the job. It takes quite a bit of training to earn the chair. There’s actually a college for Santas.

That’s right, you can’t get away with a Kringle GED to post up outside of K-Mart. “Santa University,” which is run by Noerr Programs Corporation, involves four days of intensive training, an extensive background check, several rounds of interviews, and a real beard. Slapping any old mop head on your face won’t do the trick. (Here are 25 more things your mall Santa won’t tell you.)

Noerr is responsible for providing Santas for over 278 major malls across the U.S. Santa University takes place every August in Arvad, California, and it’s quite the spectacle to behold. “It’s amazing to sit with all these guys in their red shirts and suspenders,” Ruth Rosenquist, Noerr’s director of PR, told Mental Floss.“You look up and you’re speaking to Santa. It’s the best audience in the world.”

Next time you see any mall Santas at work, remember that they’re more than jolly old guys sitting in shopping centers. They’re passionate and well-trained, unlike those non-college educated mall Easter bunnies. 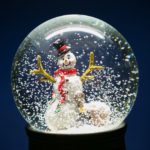 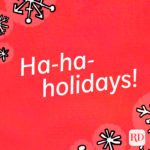 The 25 Funniest Christmas Jokes for Kids