In tough economic times, experts say it’s important to be on the lookout for scams trying to exploit your fear.

October 3, 2008 – In tough economic times, experts say it’s important to be on the lookout for scams trying to exploit your fear.

According to USA Today, several new scams have surfaced recently, including social-networking fraud. The paper reports that you need to be wary of virtual “friends” who offer to let you in on a tempting investment on sites like Facebook and MySpace. “Many members of social-networking sites post information about themselves on their profiles, making it easy for con artists to target potential victims,” Karen Tyler, president of the North American Securities Administrators Association reportedly told USA Today.

Other scams consumers are getting hit with include gas-drilling schemes and mileage boosters, USA Today reports (read the paper’s full story here.), as well as bogus offers that come through the internet, via e-mail, and snail mail according to the Better Business Bureau.

One such mail scam almost made a victim of San Diego, California, resident Donna Thompson.  She recently received a letter in the mail erroneously claiming to be from Reader’s Digest and Publisher Clearinghouse saying that she won money, according to KNSD San Diego Consumer Reporter Bob Hansen. A check that looked legitimate was included, but the letter itself was filled with grammatical errors and appeared to come from Canada, Thompson told the NBC station.  (Watch a video clip of the news report here.)

An immediate red flag for these types of scams is a request to hand over money as a condition of prize collection.  Typically they will ask that you send in money to handle “related charges” affiliated with the check fulfillment.

Learn How to Protect Yourself Below With Our Resource Guide:
Better Business Bureau: All About Scams
Federal Bureau of Investigation:  Common Fraud Schemes
U.S. Securities and Exchange Commission: How to Avoid Internet Investment Scams
Reader’s Digest: How to Spot a Scam
Reader’s Digest:  What You Need to Know Now About the Financial Crisis
Reader’s Digest:  Scams – Online and Identity Theft
Get the facts on fake check fraud at FakeChecks.org 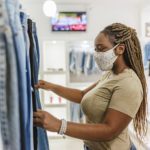 6 Things You Shouldn’t Do at Reopened Malls

12 Cleanest Hotels, According to Travel Agents