How a Secret Garden Taught This Woman a Life-Changing Lesson

Jaroldeen EdwardsUpdated: Feb. 14, 2019
From the book Things I Wish I'd Known Sooner

A field of flowers opens one woman’s eyes to the world of the possible. 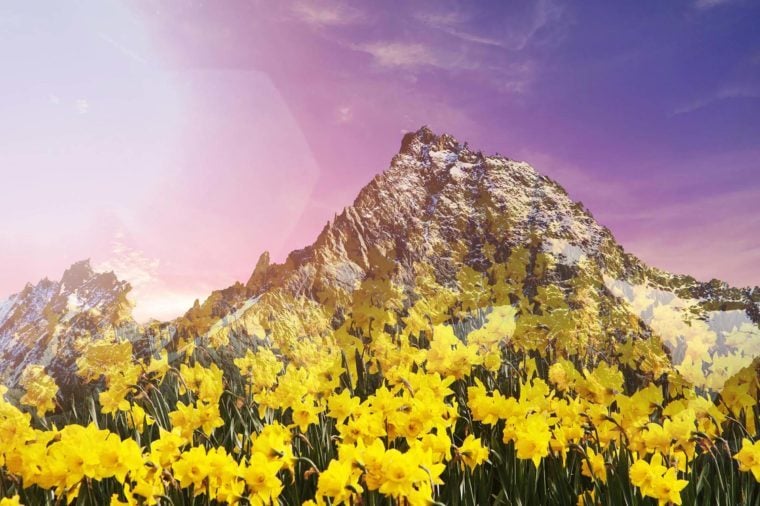 It was a bleak, rainy day, and I had no desire to drive up the winding mountain road to my daughter Carolyn’s house. But she had insisted that I come see something at the top of the mountain.

So here I was, reluctantly making the two-hour journey through fog that hung like veils. By the time I saw how thick it was near the summit, I’d gone too far to turn back.

Nothing could be worth this, I thought as I inched along the perilous highway.

“I’ll stay for lunch, but I’m heading back down as soon as the fog lifts,” I announced when I arrived.

“But I need you to drive me to the garage to pick up my car,” Carolyn said. “Could we at least do that?”

After ten minutes on the mountain road, I looked at her anxiously. “I thought you said three minutes.”

She grinned. “This is a detour.”

Turning down a narrow track, we parked the car and got out. We walked along a path that was thick with old pine needles. Huge black-­green evergreens towered over us. Gradually, the peace and silence of the place began to fill my mind.

Then we turned a corner and stopped—and I gasped in amazement.

From the top of the mountain, sloping for several acres across folds and valleys, were rivers of daffodils in radiant bloom. A profusion of color—from the palest ivory to the deepest lemon to the most vivid salmon—blazed like a carpet before us. It looked as though the sun had tipped over and spilled gold down the mountainside.

At the center cascaded a waterfall of purple hyacinths. Here and there were coral-colored tulips. And as if this bonanza were not enough, western bluebirds frolicked over the heads of the daffodils, their tawny breasts and sapphire wings like a flutter of jewels.

A riot of questions filled my mind. Who created such beauty? Why? How?

As we approached the home that stood in the center of the property, we saw a sign that read: “Answers to the Questions I Know You Are Asking.”

As we drove home, I was so moved by what we had seen, I could scarcely speak. “She changed the world,” I finally said, “one bulb at a time. She started almost 40 years ago, probably just the beginning of an idea, but she kept at it.”

The wonder of it would not let me go. “Imagine,” I said, “if I’d had a vision and worked at it, just a little bit every day, what might I have accomplished?”

Don’t miss these 10 inspirational quotes that will motivate you to “start today.” 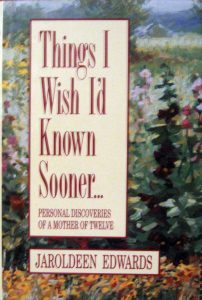 Buy a copy of Things I Wish I’d Known Sooner.

This article originally appeared in the September 1997 issue of Reader’s Digest.