She was the only one who could fit through the septic tank's small hole. Without hesitation, she went in to save a two-year-old's life.

Madison Williams was studying in her bedroom in Dublin, Ohio, in August 2016 when the door burst open. It was her mother, Leigh Williams, with a horrific and incredible story: “A little boy fell into a septic tank, and no one can reach him.” Then she made this request of her 13-year-old daughter: “Can you help?”

Madison and Leigh ran to a neighbor’s yard, where they found the boy’s distraught mother and other frantic adults surrounding a septic tank opening that protruded a few inches above the neatly trimmed lawn. It was 11 inches in diameter—slightly wider than a basket­ball—with a hatch that had not been secured. The boy, who was only two years old, had slipped in and was drowning in four feet of sewage inside a tank that was eight feet deep.

The men and women—who minutes earlier had been enjoying a party in a nearby home when they heard the boy’s mother scream—were dropping extension cords into the sludge, hoping the child would grab hold so they could pull him out.

Madison quickly surveyed the situation. She was the only one who could fit through the small hole. Without hesitation, she got on her stomach next to the opening, placed her arms out in front of her, and told the adults, “Lower me in.” 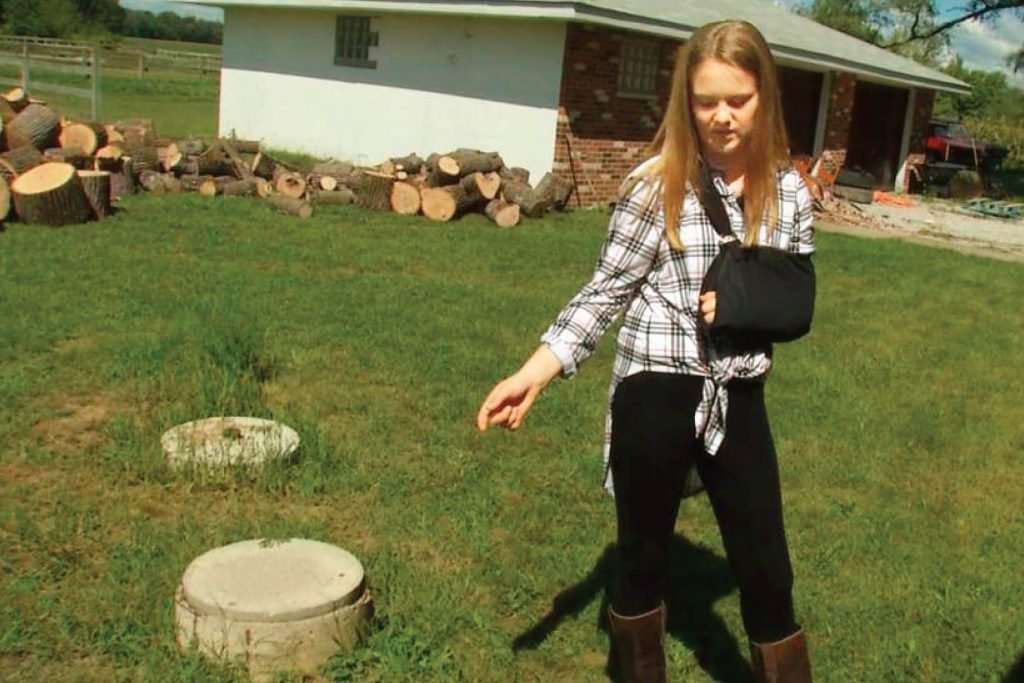 Leigh and others held her waist and legs. “I wiggled my arms and shoulders until I got through the opening,” Madison says. Inside, the tank was dark, and the air putrid. Madison thrust her arms into the muck. In the process, she jammed her left wrist against a concealed pole, injuring the muscles in her wrist and arm so severely that the hand was rendered useless.

Rather than tend to her injury, Madison skimmed the surface of the sewage, hoping to feel the submerged boy. “Every once in a while, I’d see his little toes pop out of the water,” she says. “Then I would try to grab them.” Minutes ticked by before she saw the faint outline of his foot again. Madison shot her good hand out and grasped the foot tightly. “Pull me up!” she shouted to the others above.

As they were pulled to the surface, the boy’s free foot got stuck under the inside lip of the hatch. “Lower me down!” she yelled. “I had to wiggle his foot until it was free,” she tells ­Reader’s ­Digest. Then, ten minutes after Madison had entered the tank, she and the boy were lifted out.

But the toddler wasn’t out of trouble. He had been deprived of oxygen long enough that he wasn’t breathing. He was placed on his side, and an adult gave him several hard whacks on the back, one right after the other, until the boy coughed up fluids. It was only when Madison heard him cry that she knew he was all right. (Learn about how one little girl reversed her brain damage after nearly drowning.)

It took Madison longer to recover than the boy, who was taken to the hospital and released that same night. She, however, endured months of physical therapy for her wrist, which, says neighbor Mary Holley, made the girl’s actions all the more impressive.

“Madison’s a hero,” Holley says. “What other teenage girl is going to voluntarily go into a septic tank?”

Don’t miss these other 12 heartwarming stories that will restore your faith in humanity.