This Is the Secret Behind Shake Shack’s Massive Success

It’s a simple philosophy that led to a booming business. 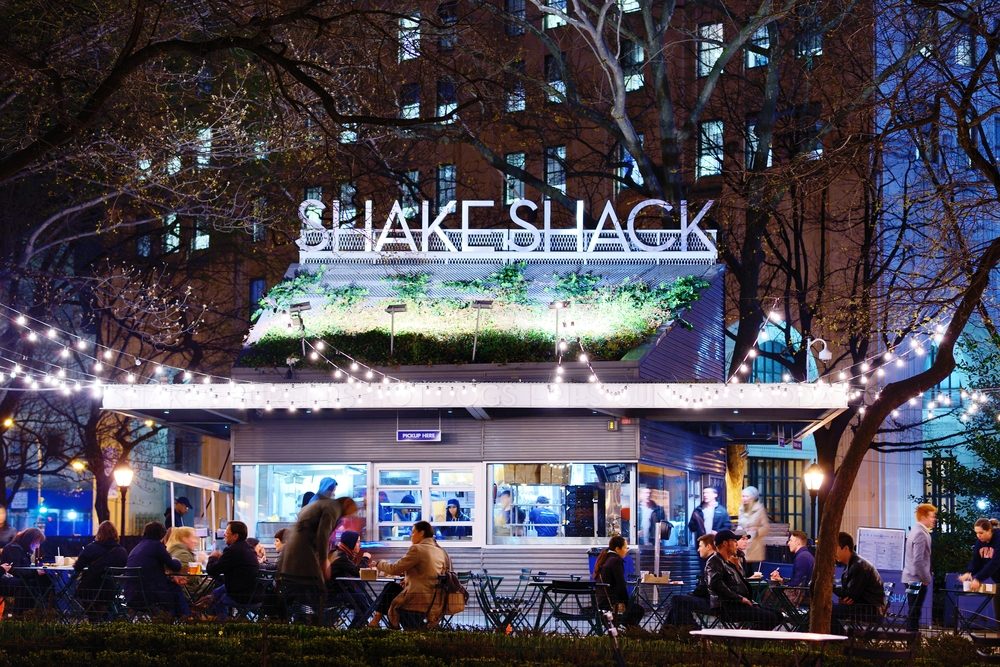 Believe it or not, Shake Shack started off as a humble hot dog stand in a park in New York City. That’s right, the multi-billion-dollar international restaurant chain started off as an actual shack in Madison Square Park. The reason they were able to achieve such success is that their CEO keeps one thing in mind no matter how much they grow: how and where they started. Other restaurants had a small start too—check out the first locations of 8 famous fast-food restaurants.

The CEO of Shake Shack, Randy Garutti, has a sign on his wall that says, “The bigger we get, the smaller we need to act.” Right from the start, the restaurant was all about building a community. The first restaurant served as a place where locals would come during their lunch hour to grab a bite to eat. It quickly gained popularity and now, people from all around would wait in line for hours just to get a delicious Shake Shack burger.

Garutti credits their success to starting off small and not having a goal to be a scalable franchise. “I think the reason that Shake Shack has gotten to where it has is that we didn’t set out to design something that we would ever repeat,” Garutti told Forbes. “This [the first Shake Shack] was designed for one purpose; to be a part of a Park and a community in New York. And because of that in its most simplest form, it became a community gathering place and every time we open a Shake Shack, it’s about creating that town’s community gathering place.”

To continue its success, Shake Shack plans on working hard to build up its name and help its employees grow as well as bring more positivity to the idea of fast food. The company is also planning to build stores in airports, test out four-day work weeks at some units, and offer equity rewards to store general managers to ensure they retain strong leaders. With plans like these, Shake Shack might be able to take on America’s favorite burger chain one day.

Shake Shack’s modest beginnings helped it grow into the massive success it is today. Their juicy burgers, crinkle fries, and milkshakes keep people coming back all over the world. Now that you’re in the mood for fast food, make sure to head to one of the most convenient chains.