The Shocking Truth About Swedish Meatballs

Here's the true story of these tasty meatballs. 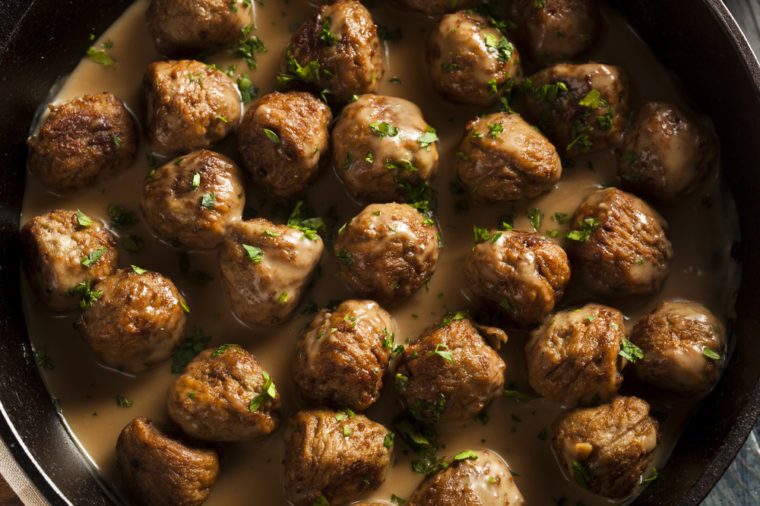 Recently, the country of Sweden confirmed that those tiny Swedish meatballs you know and love actually aren’t Swedish after all. (Be that as it may, we’ll always love this meatball recipe!) The Twitter confirmation was met by confusion from Swedes and fans of the meatballs alike, who were always under the impression that they were in fact Swedish.

Swedish meatballs are actually based on a recipe King Charles XII brought home from Turkey in the early 18th century. Let's stick to the facts! pic.twitter.com/JuTDEjq9MM

So what’s the story behind the meatballs?

Charles XII (known as “the Lion of the North” and the “Swedish Meteor”) reigned as King of Sweden from 1697 to 1718, and lived in Turkey from 1709 to 1714 during the Great Northern War. When he returned home after the war, he brought köfte, or meatballs, home and adapted them to the Swedish way of life as köttbullars.

Now, 2 million meatballs are eaten daily between IKEA’s 340 worldwide stores. We bet the king never thought they would turn out to be so popular!

Don’t worry about the lingonberries

After the initial tweet from Sweden’s official Twitter, they confirmed a few days later that Sweden added an important component of the dish we know today: lingonberry jam.

These wild berries are abundant in Sweden and play an important role in many Swedish dishes. Much like cranberries, lingonberries have that sweet, sour and tart flavor that pairs well with sweet and savory dishes.

They don't grow in Sweden exclusively. But lingonberry jam accompanying meatballs is damn near as Swedish as it gets!

No matter the origin, these meatballs sure are tasty! You can get the classic IKEA meatballs served hot while you shop, or buy them frozen to have at home. If you’re feeling up to the challenge, you can make them at home too, to be served with a creamy sauce, lingonberries, and a side of mashed potatoes. Not in the mood for the Swedish variety? Learn the best way to make classic Italian meatballs instead. 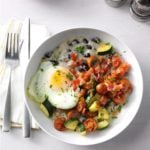