The 5 Shortest Quotes In History 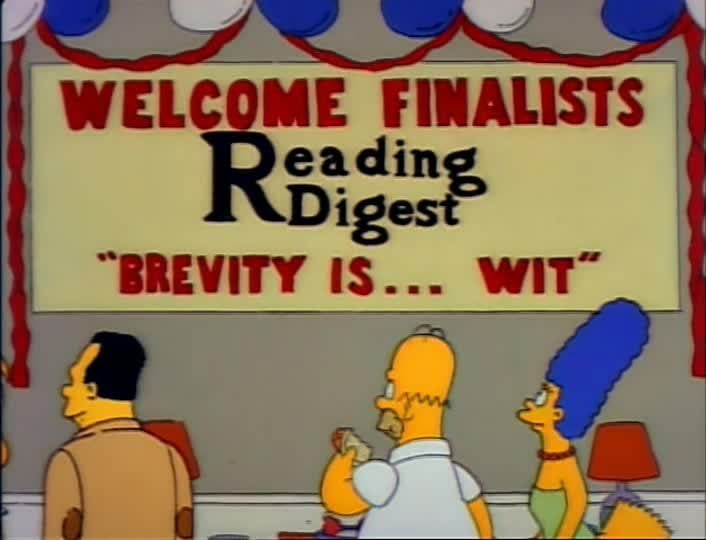 You can’t talk about laconic quotes without talking about Sparta—literally, the word “laconic” was named for the Greek region of Laconia, with Sparta at its capital.

Blunt wit was as much a part of Spartan life as training for warfare, and both were put to the test when an unwelcome message arrived in 346 BC. Philip II, king of Macedon and father of Alexander the Great, had just conquered all of Northern Greece when he turned his armies South to Sparta. In a message to the city elders, the king warned: “You are advised to submit without further delay, for if I bring my army into your land, I will destroy your farms, slay your people, and raze your city.”

The Spartans replied with a single word: 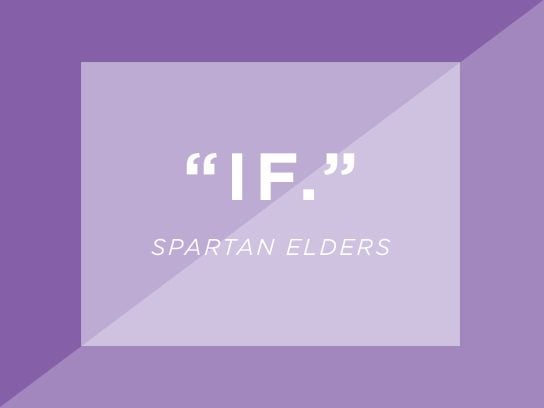 Both Philip and Alexander left Sparta alone. (Don’t miss these 75 funniest quotes of all time.)

1862: The shortest correspondence in history

With his revolutionary novel Les Misérables amounting to about 1,900 pages in its original French, Victor Hugo is not exactly remembered for being brief (unlike these books that you can read in just one day).

Still, Hugo proved he could cut to the point in 1862 when Les Mis was fresh on shelves, and the author telegrammed his publishers for a sales update. Low on coin at the time, Hugo’s entire message was summed up as a single question mark (or, “..—..,” if you speak Morse code). 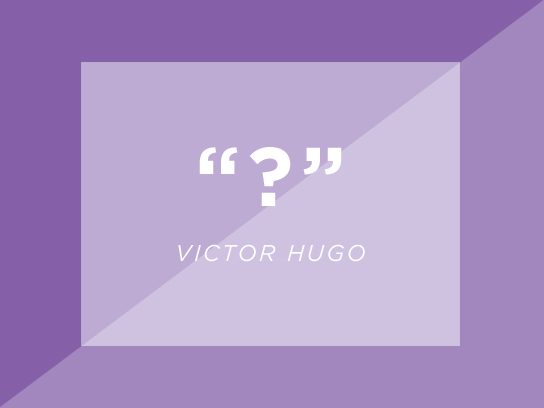 Having sold all 7,000 copies of the book’s first printing in less than 24 hours, Hugo’s publishers responded in kind… 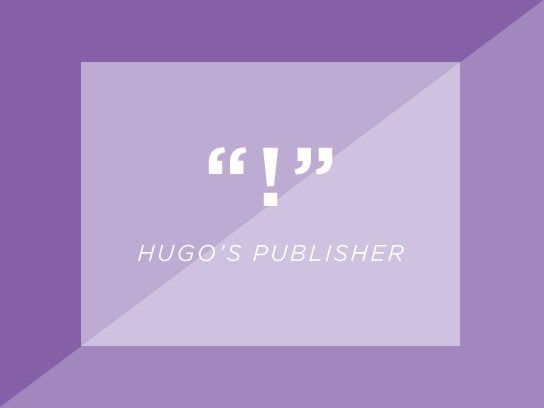 …with a single exclamation point. (Here are some weird facts about punctuation marks you never knew.)

By all accounts, Calvin Coolidge was not a man you wanted at your dinner party. The 30th President’s signature move was crossing his arms, pursing his lips, and being so antisocial he earned himself the nickname “Silent Cal.”

How silent was he? Upon hearing that he died in 1933, Dorothy Parker quipped, “How can they tell?”

But Cal’s sourpuss was not without a sense of humor of its own. A popular story told by his wife Grace recalls Cal sitting next to a young woman at a Capitol Hill dinner party. The woman turned to Cal and said, “I made a bet today that I could get more than two words out of you.”

Cal turned back to the woman and replied… 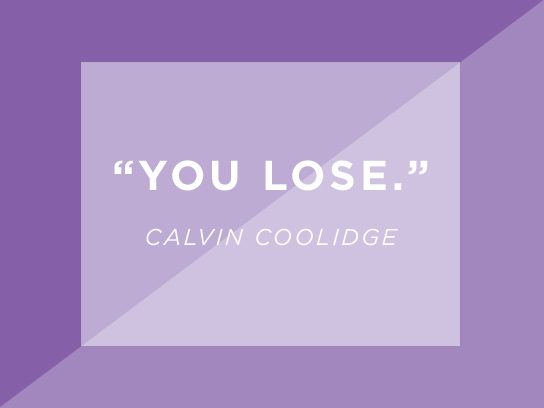 The New York Times called professor Sidney Morgenbesser a “Sidewalk Socrates” for his philosophical wit that reached far beyond the Columbia University lecture halls where he taught for more than 50 years. (Speaking of Socrates, here’s one of his inspirational quotes to help get you through the morning.) Once put on the spot for his relatively slim output of books, for example, Morgenbesser shot back at his accuser: “Moses published one book—what did he do after that?”

Among the most famous stories of Morgenbesser’s lightning wit is the day he attended a guest lecture by Oxford linguist J.L. Austin.  Professor Austin explained to the room how many languages throughout the world use a double negative to imply a positive (e.g., “she is not unlike her mother”), but that no language in the world uses a double positive to imply a negative. Instantly from the audience, Morgenbesser’s voice rose dismissively: 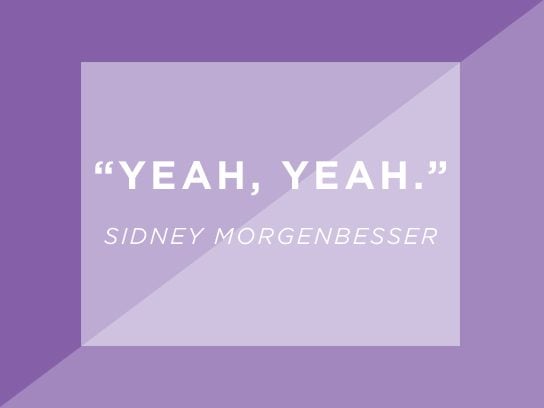 1975: The Shortest Poem Ever Written

Muhammad Ali, the “float like a butterfly, sting like a bee” heavyweight liked to remind the world he could punch as powerfully with his words as he could with his fists, which may be why he recited a 16-line poem about how he would literally beat Sonny Liston’s butt into the stratosphere before a fight in 1963 (sample line: “Now Liston is disappearing from view, the crowd is going frantic/ But radar stations have picked him up, somewhere over the Atlantic.”)

But it was a small audience of 1,100 Harvard students who got to hear him debut the “shortest poem ever written” in June 1975. Ali was giving a guest lecture for Harvard’s Class Day ceremonies when a student asked him what it was like to be as great as Muhammad Ali. The champ responded with what a single rhyming couplet, encompassing just one word and one sound effect: 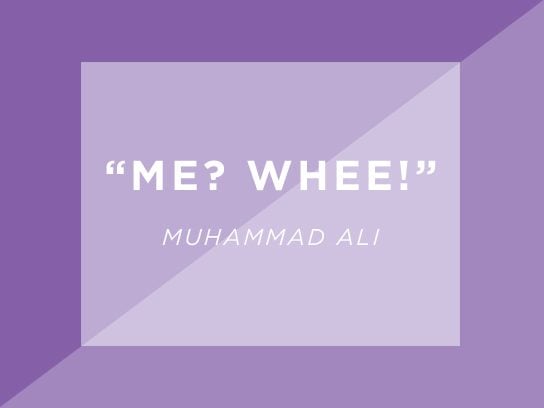 Sonny Liston could hear the laughs from the stratosphere. (Here are some other short, funny quotes. Can you tell which movies these quotes are from? )

Here’s Why You Shouldn’t Use Salt on Concrete
Can You Identify These 15 Opening Lines from 15 Famous Authors?
50 of the Best Book Quotes from Our Favorite Books