This Man Was Trying to Find a Poem at His Small-Town Library. How the Librarian Helped Will Blow You Away.

The heartwarming ways a small-town library got by before Google and the internet.

I first met Mary Emma DeRemer more than 30 years ago, when she was the librarian at the Dimmick Memorial Library here in Jim Thorpe. In those pre-digital days, finding a book was like embarking on a safari. Mary Emma didn’t always use the Dewey Decimal System. She had what I called the DeRemer Decimal System, largely in her head.

Many of the file cards in the drawers bore cryptic penciled notes that inevitably directed you to her desk. Behind her were shelves stacked with leather-bound ledgers that she would have to consult before your book could be found. I now realize this convoluted setup gave her a chance to chat with the patrons.

One afternoon I was looking for the Robert W. Service poem “The Shooting of Dan McGrew,” the old Yukon ­classic that begins: “A bunch of the boys were whooping it up in the Malamute saloon….”

The card catalog led me, of course, to Mary Emma, who seemed genuinely excited to track down this chestnut.

After making small talk, she launched with gritty determination on her odyssey through the ledgers. “Oh, Mr. Moran,” she sighed at last. “I’m afraid we lost that book in the fire of 1979.”

“I’m sorry,” I replied. “Well, thanks for looking.” As I was about to leave, she called out.

“Mr. Moran, I just remembered: Mrs. Thiel borrowed that book about 10 years ago. She told me she liked that poem so much that she memorized it. Why don’t I call her and have her recite it?”

I was dumbfounded and had to stop myself from saying, “Oh, don’t bother,” because I really wanted to savor this small-town moment.

Besides, I had no choice. Mary Emma was already dialing the number, which she knew by heart. I can still see her using one of those old phone dialer pencils with a metal knob instead of an eraser.

“Oh, hello? Mrs. Thiel? This is Mary Emma DeRemer of the Dimmick Memorial Library,” she announced grandly. I wondered what other library Mrs. Thiel might have been patronizing to deserve such a precise clarification. “Do you remember the time you borrowed the book with ‘The Shooting of Dan McGrew’ in it?”

Mary Emma listened, then frowned. “Oh, I know, Mrs. Thiel. You returned it on time. I’m not calling about that. But we have a gentleman here who is interested in the poem. Would you be so kind as to recite it for him?”

Mary Emma paused for the answer and then frowned again. “Well, those things happen.” She covered the receiver and whispered to me, “She forgot it.”

The next day I stopped by again, and Mary Emma was squealing with delight. “Good news, Mr. Moran! Mrs. Thiel remembered that she’d copied the poem into her recipe book. She sent her son down to Allentown”— 50 miles round trip—“to get it for you.” The following morning, I had a crisp photocopy waiting for me.

That’s how things were done before the Internet gave us instant access to everything. Mary Emma’s personal search engine was clunkier, but you gained something in the process: old-fashioned neighborliness, timeless country values, and a story to tell the grandchildren. 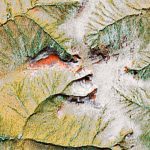 Study: Why Your Brain Remembers More From Facebook Than Actual Books