And it's already in your cupboard. 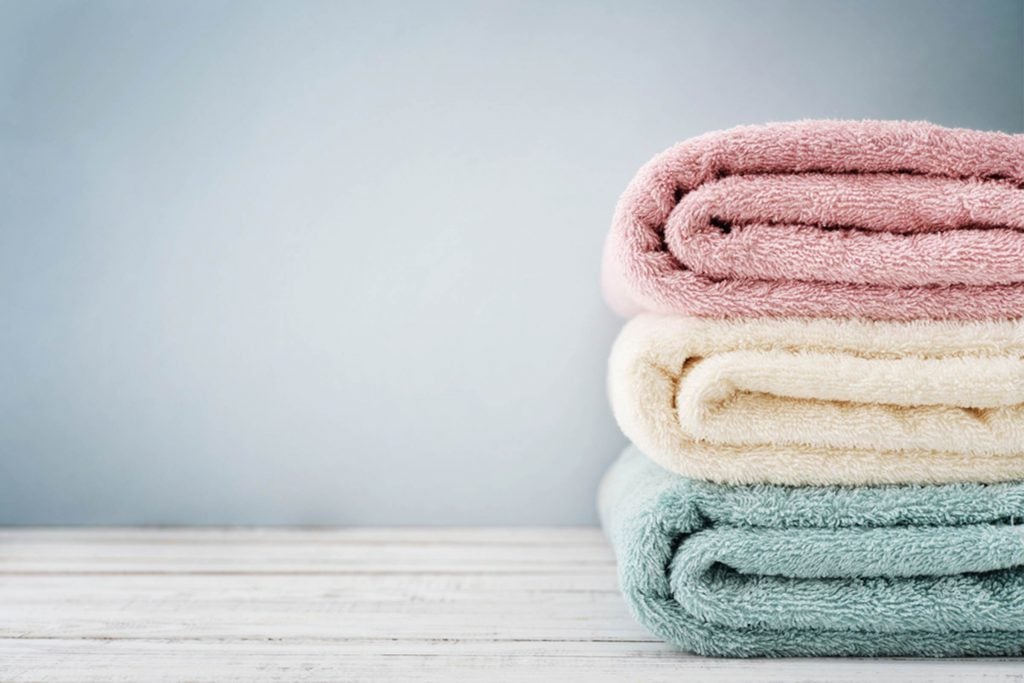 mama_mia/ShutterstockEver notice that musty smell in your bath towels? No matter how often you wash those towels, sometimes you can’t get rid of that sour smell.

Towels are basically asking for mustiness. That thick, fluffy fabric is designed to lock in moisture—meaning they also trap in odor-causing bacteria (which is also why you should be washing your towels way more often than you do).

Weirdly enough, one of your laundry ingredients could actually be making your towels stink. “Fabric softener residue traps odors,” laundry expert Mary Marlowe Leverette tells Huffington Post. As the softener builds up through multiple washes, the residue holds on to that funky smell. Too much detergent can produce the same issue, so here’s how to tell if you use too much laundry detergent. But no need to buy all new towels the minute yours start to stink. In addition to these other tricks to make your towels last longer, you can swap the softener out for a very common kitchen ingredient.

Next time you’re doing laundry, wait until the final rinse, then add distilled white vinegar to your load, Carolyn Forté, director of home appliances, cleaning products and textiles at the Good Housekeeping Institute, tells TODAY. If you have a high-efficiency or front-load washer and can’t open it midwash, pour the vinegar into the fabric softener dispenser instead, suggests Forté. The vinegar will remove the unpleasant smell from your towels.

Don’t worry, you won’t be swapping a musty smell for sour vinegar, either. The final rinse should get rid of any leftover scent, says Forté. If not, just put your towels through another rinse cycle.

Once the washing is done, make sure you put your towels straight in the dryer. Damp towels build up bacteria, and that musty smell will be back by the time you need to shower.

No need to add vinegar during every laundry day, though. “Just do it on an as-needed basis,” Forté tells TODAY. If smelly clothes are your issue, find out how to make them smell better without doing laundry.