Wouldn’t It Be Great If…

This year at RD we decided to think big about the New Year, and we’ve come up with a list of resolutions for the whole country. We know, we know — it’s a little presumptuous. There are a lot of tough problems that no one is going to solve in a mere 12 months — Social Security, homelessness, unemployment. Still, we found seven issues we thought most of us could agree on. And if we put our backs to it, we could get fast action on them as well.

1. “Ask not what your country can do for you…”
Whether you’re a liberal or a conservative, a Republican or a Democrat, there’s one thing we can all agree on — this is a great country. And each of us owes it a great debt. That’s why we’ve made a national service requirement the No. 1 pick on our list. At some point between the ages of 18 and 25, everyone should give up to a year to America. Join the military or ROTC, teach in a poor school, suit up with a disaster relief team, work in the forests or national parks, help elderly shut-ins or the handicapped. About four million people turn 18 every year. Think of everything they could accomplish. In return they’d get a stipend for living expenses and a college-tuition credit.

Obviously this isn’t a new idea; JFK’s “Ask what you can do for your country” speech was over 40 years ago. And more than 80 million Americans already do volunteer work. Civil libertarians would likely sue to overturn any mandatory service requirement. Fiscal conservatives would complain about the cost, which could certainly run to $20 billion or more a year. And as one critic puts it, “Involuntary voluntarism is like hot snow.” Sure, but… An analysis of AmeriCorps, a volunteer program with a broad spectrum of political support, estimated that every dollar invested returned $1.66 in benefits.

A national service would also create amazing intangible benefits — lives and communities transformed, a sense of accomplishment and connection, and what Senator John McCain has called “a glimpse at the glory of serving the cause of freedom.” We’ll say yes to all that.

2. Stop the Lawsuit Insanity
Unprovable pain and suffering awards that medical malpractice juries hand out cost society billions in the long run, and often reward lawyers more than the victims. Adding insult to injury, the awards drive huge premiums for malpractice insurance, contributing to the spiral of health care costs. And at a time when we need more physicians, the malpractice mess is driving doctors from risky but critical specialties, like ob-gyn and trauma care. In some high litigation states, such as Illinois and Pennsylvania, doctors are moving elsewhere, or simply quitting.

Much of this would go away if the states all put caps on pain and suffering awards. California has had a $250,000 cap since 1975 — and stable malpractice insurance rates. The point is to set limits on the noneconomic losses due to medical injury or malpractice. Awards for actual damages — the type of injuries that kill or maim, resulting in genuine economic losses — would continue to be litigated. Those awards could still be considerable, or even huge in cases of wrongful death. But payouts for emotional distress and loss of companionship, typical pain and suffering issues, would no longer drive galloping malpractice rates. Doctors and insurers would also save on the astounding costs associated with this type of litigation.

A 2003 Congressional study concluded that a $250,000 cap would help curb the rise in medical costs by reducing the number of tests motivated by fear of litigation, and could save the federal government $67 billion over 10 years. Doctors have long campaigned for malpractice caps. But in return, medical boards and associations should be forced to disclose more information about genuine cases of malpractice — and be more vigilant in punishing truly incompetent doctors. After all, it’s a few bad doctors who make things worse for everyone. In New York, for instance, 68 percent of malpractice payouts are attributable to a mere 7 percent of the state’s physicians.

3. Reverse a Shameful Trend
It’s one of the most stupid problems we have — drunk driving is actually on the rise. Each year it kills 17,000 people, and is the No. 2 cause of accidental death.

The nine states that haven’t done so should adopt Administrative License Revocation (ALR) statutes. If you’re arrested for drunk driving — or refuse to take a sobriety test — your permanent license gets confiscated. At the police station you’ll be issued a temporary, limited driving permit. If you’re found guilty at an administrative hearing, you could lose your license for up to a year. These laws get broad support from police, insurers and public health experts. More important, they work, typically resulting in a 9 percent drop in alcohol-related fatalities. Their deterrent effect saves money too. After they adopted ALR laws, both Nevada and Mississippi saw their costs related to nighttime car accidents — EMS, police, etc. — fall by tens of millions of dollars.

While they’re at it, legislators in the 14 states that still allow open containers of alcohol in cars should fix those laws. They’re an invitation to drink and drive — something 15 percent of us say we’ve done in the last month.

4. Get ‘Em While They’re Still Young
Want to know why Johnny and Susie can’t read, don’t graduate and wind up losers? In part it’s because 34 percent of children enter kindergarten without knowing their letters, and 42 percent can’t count to 20. States and the federal government spend about $10 billion annually on early education, but the average U.S. preschool doesn’t even get a “good” rating on a scale used by teachers worldwide. “It’s not at a level that’s detrimental to children — their brains aren’t melting — but it doesn’t assure kids are cared for in an optimal way,” says Amy Wilkins, executive director of the nonpartisan Trust for Early Education.

We’ve got to do better than that, and make quality preschool available to every family who wants it. A study at a top Chicago program for at-risk children showed its graduates were 40 percent less likely to fail a grade, had a 33 percent lower juvenile arrest rate and were 29 percent more likely to graduate from high school by age 20. How to replicate this nationwide? For starters, fix Head Start. Each year the groundbreaking program serves 900,000 children ages 3 to 5, but it needs a new academic focus and national performance standards.

One effort that deserves more attention is Georgia’s universal preschool program. With money from the lottery, the Office of School Readiness contracts with community-based providers to run preschools; private-sector groups, like churches, provide over half the classrooms. The program gets solid marks from the experts.

Good preschool isn’t cheap, though. Says Wilkins, “There’s no point in subsidizing low-quality programs. Because we haven’t invested in quality, we haven’t gotten the returns we want.” That could mean more than $20 billion in new funding from the states and the feds. What kind of return could we expect? Experts who studied the Chicago preschool program estimated a return on investment of $7.14 for every $1 spent.

5. Leave the Car at Home — and Shake Loose Our Oil Dependence
Despite the lessons of the Arab oil embargo of the ’70s, we still import 58 percent of our oil. And given the pace of industrialization, especially in China and India, supplies are likely to get tighter and tighter.

We see a way to address both of these problems: Turn fuel conservation into a giant national reality show. Let’s pick one week when we’ll ask every American driver to save one gallon of gas. Walk. Carpool. Consider a high miles-per-gallon car.

There are 130 million drivers on the road in the United States. A typical person drives 32 miles in a day, getting 22 MPG. Just one gallon from each of us would add up to 6.7 million barrels of crude oil — more than we import from Kuwait in a month.

Here’s the problem. We’ve heard so often that two-thirds of Americans are overweight or obese that those once shocking stats now seem almost normal. While it’s true that the food industry hasn’t done us any favors, what with giant portions and monstrous calorie counts, we’re the ones who bought the food and ate it. All of it. “The restaurants are good at what they do, and they’ll give us what they know we’ll buy,” says Penn State nutritionist Barbara Rolls. “If they put healthy foods out there and the consumer doesn’t buy them, then they’ll say, ‘I told you so.’ ”

We’d like to see both sides wise up and reach a peace — a McTreaty, if you will. The food industry should make good on its promises to serve healthier food. At the very least the chains should put calorie counts where we can see them, not hidden on a website, or in teeny type on a poster by the restroom. Consumers have responsibilities too. If restaurants serve food that’s better for us, we have to order the good stuff, not the triple burger and fries. That’s the only way to stop the cycle, and finally begin to drop those fast-food pounds.

7. Send Bert and Ernie (and Bart) to Baghdad
No matter how you felt about invading Iraq, at this point the United States has a challenge that won’t go away: educating a generation of Iraqi children about democracy and a liberal, civil society.

First we should invest heavily in classrooms and books, in Iraq and Afghanistan as well. But we should also export loads of the most vibrant American pop culture for kids: “SpongeBob Squarepants,” Toy Story and “Barney & Friends.” What better way to compete with fundamentalist madrassa schools, which use the Koran as their only textbook? We need to respect Muslim mores, so there’s a lot we can’t beam to Iraq, like “Friends,” or “Will & Grace.” But “Sesame Street,” Bugs and Mickey seem like great bets. And ponder the moral lesson of “The Roadrunner,” which is that speed and smarts will beat bombs, guns, rocks and even really big hammers any day.

Maybe some of this would rub off on Iraqi adults too. “There’s no age limit on laughing and learning,” says Martha Van Gelder of Sesame Workshop, which produces an Egyptian “Sesame Street” and another featuring Palestinian and Israeli kids. Before the war, only about 13 percent of Iraqis had access to a TV, but that number will jump once the power grid is back up. “The Simpsons” executive producer Al Jean says: “I think the flow of information is the friend of democracy. The more a country has, the better.”

Now over to you… What’s your New Year’s resolution for America? Tell us what you’d hope for — and how far you’d go to make it happen. Write to us at [email protected] 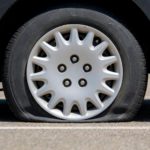 Why Does My Tire Keep Going Flat? 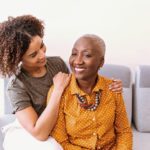 When Will It Be Safe to See My Grandparents Again?