New York City Mayor Bloomberg might be urging (okay, forcing) New Yorkers to guzzle fewer soft drinks, but on the 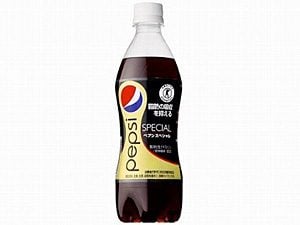 New York City Mayor Bloomberg might be urging (okay, forcing) New Yorkers to guzzle fewer soft drinks, but on the other side of the world the Japanese are taking a different approach: they’re trying to make soda healthy.

Pepsi Special, a new high-fiber version of Pepsi-Cola, was released in Japan yesterday and marketed as a “fat blocking soda.” It contains wheat dextrin, a soluble fiber that absorbs water as it moves through the intestines, helping to reduce cholesterol, aid nutrient absorption, lower cholesterol, stabilize blood sugar… and reduce excess body fat.

Considering that the Japanese are among the thinnest people in the world, you might wonder why they’d need a new kind of diet soda. But Pepsi Special isn’t the first beverage in Japan to add wheat dextrin. According to The Atlantic, a few months ago Kirin (makers of Kirin Beer) released Mets Cola with dextrin. It’s been selling well as a healthy weight-loss soda, and clearly Pepsi wanted in on the action.

Don’t expect to see Pepsi Special in the U.S. any time soon. The company  has introduced several other Pepsi flavors in Japan—mostly in limited editions—that have never come to America. It’s unlikely that Pepsi Ice Cucumber, Pepsi Azuki (red bean), Pepsi Shizo or Pepsi Baobab would find much of a market here. As for me, I think I’ll stick with plain old Diet Pepsi. How about you?