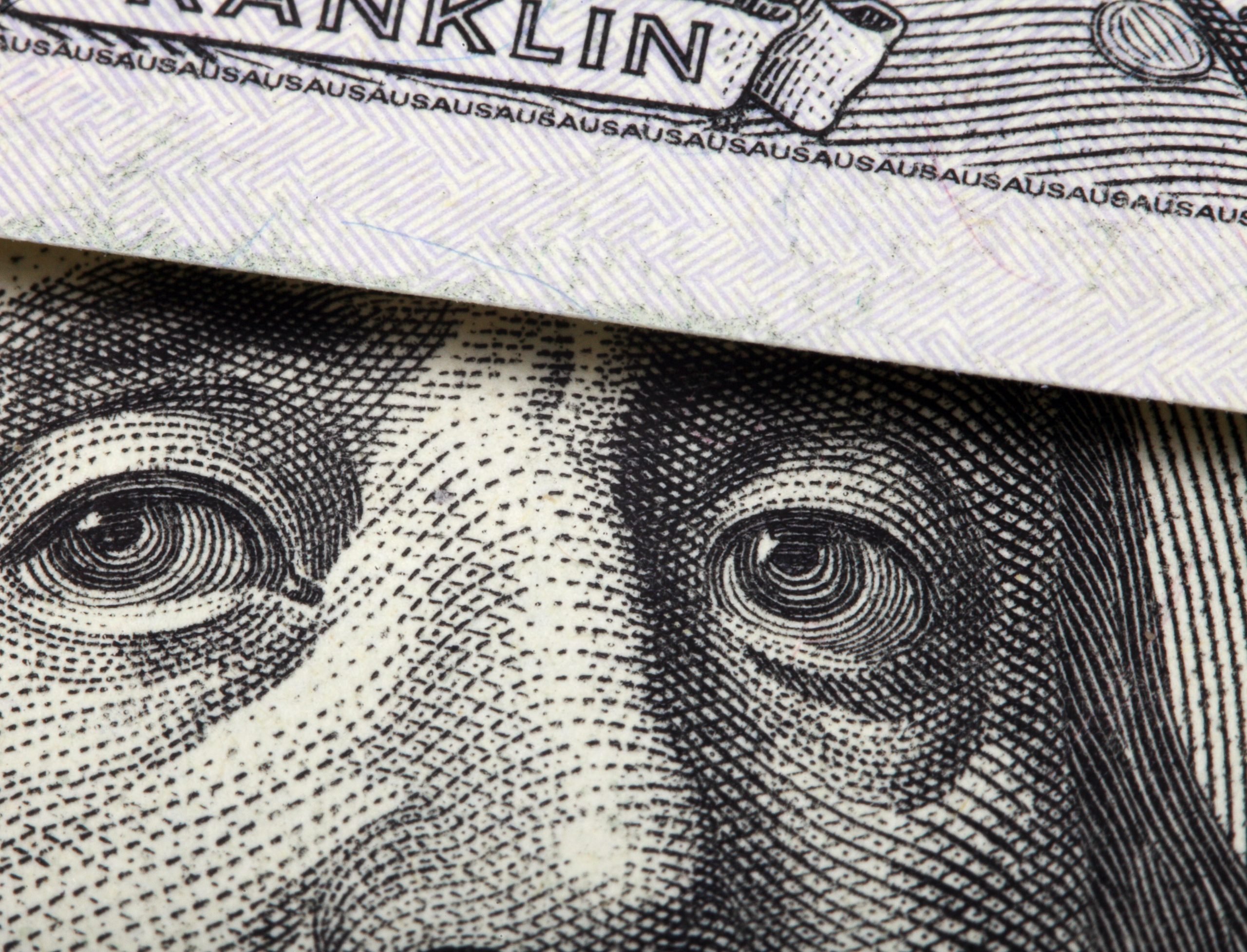 We asked financial whizzes to spill the beans on their biggest pet peeves. Do any of these sound familiar?

Raise your hand if you’ve wasted money this week. You’re not alone: According to a survey by The Motley Fool, 60 percent of respondents said they’d overspent in the last seven days, reporting an average monthly waste of $139. “We often think that simply because we’re adults, we should know how to manage our money, and that just isn’t the case,” says financial expert Tiffany Aliche, aka “The Budgetnista” and Prudential’s financial wellness advocate. “Most of us, in fact, need expert guidance when it comes to achieving financial wellness, and that’s perfectly natural.” We asked financial advisors how your daily habits, goals, and even your attitude toward money might be sabotaging your financial success.

Keeping all your money in a single checking account

“Separating your money is the simplest way to set and stick to a budget,” says Aliche who advises this three-step budget-setting technique. 1. Rename your checking account, designating it as your spending/deposit account, so you have a clear vision of this account’s purpose. Tie this account to your debit card. 2. Open a second checking account, designating it as your bills account. Link your bill auto-payments with this account. 3. Do a little math. Calculate your average bill tally from the 1st to the 15th, and from the 16th to the end of the month, and transfer that amount to your bills account every two weeks. “This way, any time you’re spending on your debit card, you know that your bill money is safe,” she says.

It may sound counter-intuitive, but hitting the sales can sometimes actually backtrack your budget, according to The Motley Fool study. Out of the top ten reasons cited for overspending, two include sales: discounted items or “one-time only” flash sales that can, ironically, lead to more spending. (Chalk it up to the “I can’t afford not to buy it” syndrome. We’ve all been there.)

Financial wellness isn’t just about cash. Your attitude and behaviors toward money can sometimes be the biggest barrier standing in the way, says Aliche. “Fifty-seven percent of people report feeling hopeless about their financial picture, and once you spiral down that rabbit-hole of shame, it can be hard to climb out of it,” she says, referring to a recent Prudential census. She knows from experience: “I’ve certainly made some financial mistakes in the past that have put me in a shameful state, and I just couldn’t see the solutions even though I had them right in front of me,” she says. Discover how to find your hidden savings account.

Not putting it in writing

Penning down your goals can bump your odds for success, says Nathan Hamilton, co-founder and personal finance industry analyst at The Ascent, a new website by The Motley Fool. “When you write something down it becomes reality, and it doesn’t take much time—you can do it in 15 minutes, yet it’s such an often-overlooked step,” he says.

Did someone pay it forward to you in the coffee shop line? Find a $20 on the street? Get a long-forgotten rebate you sent in for months ago? “I call it UM, or Unexpected Money,” says Aliche. “That’s when you need to seize the opportunity: Transfer that money right away to your savings or bill accounts. You’d be surprised how much it adds up with no effort on your part.” And that technique goes for any time you do something like skipping your usual latte. “It’s a way to remind yourself you’re not saying no to coffee, you’re saying yes to saving,” she says. Knowing the difference between wants and needs is one of 17 the secrets of smart savers.

You know how it goes: You sign up for a one-month free trial and before you know it you’ve been charged for months for something you haven’t even used. “Many of us pay for subscriptions every month for things that we don’t know we have and/or don’t use,” says Leslie H. Tayne, New York-based debt-resolution lawyer, author of Life & Debt. “Review what it is that you subscribe to and ask yourself if you really use or need that monthly product or service.”

Succumbing to the “keeping up” disease

It’s an age-old quote: Keeping up with Joneses. “Except back then, it was just your next-door neighbor you were trying to keep up with, while now, in the era of social media, everyone is your neighbor once you open your phone,” says Aliche. “And with that comes a sense of ‘not keeping up.’ Just remember, that person might be struggling more than they portray.” Don’t subscribe to the keeping-up temptation. Instead, learn the 13 habits debt-free people have in common. 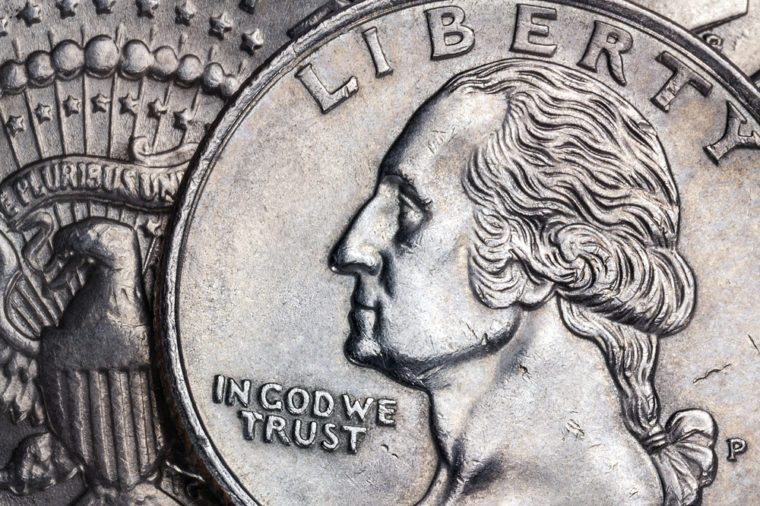 Returning items. Calling your cable company to get a better rate. Negotiating a bank fee. Sure, these things take time. “But think about it this way, say you spend ten minutes with a bank to overturn a $35 fee. That’s a massive return on your time that many Americans can’t get for an hourly rate. Spending that time can really pay off,” says Hamilton.

“The most surprising money-suckers are banks themselves,” says Joseph Polakovic, owner and CEO of Castle West Financial in San Diego. “It amazes me how many people still pay monthly fees in their checking account—ATM fees, fees for checks, maintenance fees, they all add up. Just remember, there doesn’t have to be a cost simply to have a place to hold your money and make it accessible to you.”

Not automating your bills

It happens to the best of us: You get a bill in the mail, put it away, forget about it, and before you know it you have a fee on your hands. “I like to remind people that automation is the new discipline,” says Aliche. “Let that bills account pay for your bills themselves. It’s such an easy way to make sure you’re not overspending on those unnecessary fees.”

Gone are the days when you have to manually enter every penny. “It’s so much easier to categorize your spending and see how you’re tracking towards those goals these days,” Hamilton. “I always encourage people to leverage those new technologies in their favor.”

The number-one money-waster, according to the Motley Fool survey, is throwing away leftover food. Part of the reason for this phenomenon, says a recent study, is that people are misreading food labels.

Doing too much, too soon

“Let’s say you have ten financial habits you’d like to turn around, I advise people to take it one month at a time,” Hamilton says. For example, “say ‘this month, I’m going to tackle those unnecessary subscriptions, and next month I’ll focus on impulse purchases.’ Just remember not to get discouraged when you hit snags. “Give yourself a break and realize it’s a process,” he says.

Equating a budget with the word “no”

Let’s face it: The word “budget” isn’t exactly a warm-and-fuzzy word. “Most people think of a budget as a say-no plan and I encourage them to think of it as a say-yes plan,” says Aliche. Saving for vacation? Anytime you skip that girlfriend’s brunch, don’t think of it as saying “no.” “Think of it as saying yes to Morocco instead. That simple tweak in how you think about it will really make a difference in reaching your goal,” she says.

Not recognizing your daily habits

Monthly budgets don’t allow for a deeper dive into your day-to-day expenditures, says Hamilton, who advises a ten-day budget instead. “This helps to alleviate the paycheck effect, where you get paid and then spend it and two weeks later are waiting for your next paycheck,” he says. When you monitor your account every ten days, he says, it allows you to pay attention to daily fluctuations and make adjustments (maybe that Taco Tuesday is adding up more than you thought, for example). Read on for 19 more personal finance tips you probably weren’t taught (but need to know). 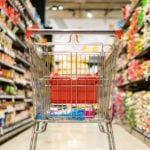 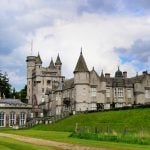 10 Things $1 Billion Could Buy You