Whether you consider these choices oversight, instinct, or pure luck, what followed could have easily gone another way. Read on for scary proof that the future often hinges on seemingly inconsequential decisions.

On August 28, 1963, Martin Luther King, Jr. approached the podium near the Lincoln Memorial with something he didn’t normally need: notes. Sensing the importance of the moment, King had stayed up late the night before perfecting his speech. But as he delivered it, he came to a line that wasn’t quite right. Off to the side, the singer Mahalia Jackson shouted, “Tell them about the dream, Martin!” King paused, looked out over the crowd, and went off-script, saying, “I say to you today, my friends, even though we face the difficulties of today and tomorrow, I still have a dream.” The rest of the speech stayed on that theme and “I have a dream” went down in history as one of the most memorable phrases ever delivered. (Don’t miss these inspirational quotes by Martin Luther King Jr..)


In early April 1961, Cuban exiles were trained and ready to execute the CIA’s secret plan to attack Cuba’s Bay of Pigs and overthrow Fidel Castro’s socialist government. After a failed air strike, President Kennedy sent in six American fighter planes to help. But the pilots forgot to sync their watches to Cuba time and arrived an hour late, rendering them useless. The relationship between Cuba and America has been strained ever since. (By the way, this is the real reason we have time zones.)

3. A Note That Cost the Confederacy

During the invasion of Maryland in September 1862, Confederate General Robert E. Lee drafted Special Order 191, outlining the moves the Army should make in preparation for the Battle of Antietam. A copy of the order ended up in the careless hands of Maj. Gen. D.H. Hill, who forgetfully left the note in a box on the ground, wrapped around three cigars. Union troops found the order, read the plans, and fended of the South in the bloodiest battle—and a turning point—of the Civil War. (You need to see these amazing military battle re-enactments!)

4. The Lengthy Speech That Saved a President’s Life


On the evening of October 14, 1912, outside the Hotel Gilpatrick in Milwaukee, Wisconsin, president Theodore Roosevelt folded a 50-page manuscript in half and slipped it into the breast pocket of the Army overcoat he was wearing. He was headed to an auditorium nearby to deliver a campaign speech. As he stood to wave at the waiting crowd, a man shot him pointblank in the chest with a Colt .38 revolver. Luckily for Roosevelt, the gun was aimed at the side of his chest protected by the thick papers of the speech. The wad slowed the bullet to prevent it from entering his lung, and he went on to deliver the speech. 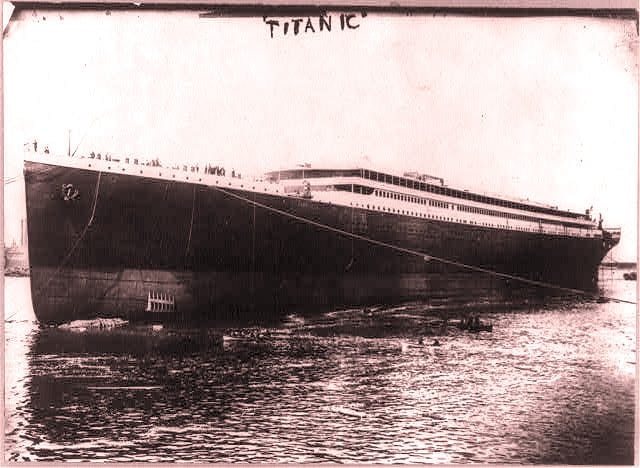 5. The Key to a Titanic Disaster

On the night of April 14, 1912, the watchman assigned to the crow’s nest post atop the Titanic had a problem. The binoculars he needed to keep an eye out for large obstacles (icebergs, say), were inside a locked locker—and the key was missing. Right before the ship left port, the cruise company made a last-minute decision to replace the ship’s second officer David Blair with Charles Lightroller. In his haste to make the switch, Blair forgot to hand over the keys to the locker. (We bet you didn’t know these other things about the Titanic.)

If You See a Dryer Sheet in Your Mailbox, This Is What It Means
What Does LGBTQ Stand For?