Most People Can’t Figure Out How Many Squares Are in This Picture—Can You?

You'll need a sharp eye and a dash of creativity to solve this.

A puzzle that involves counting squares sounds easy enough—you’ve known your 1-2-3s since before you could read, after all. Don’t get too cocky yet though. This geometry brainteaser will boggle your mind and make you second-guess everything. Are you ready for the challenge?

Your task is to figure out how many squares are in this picture: 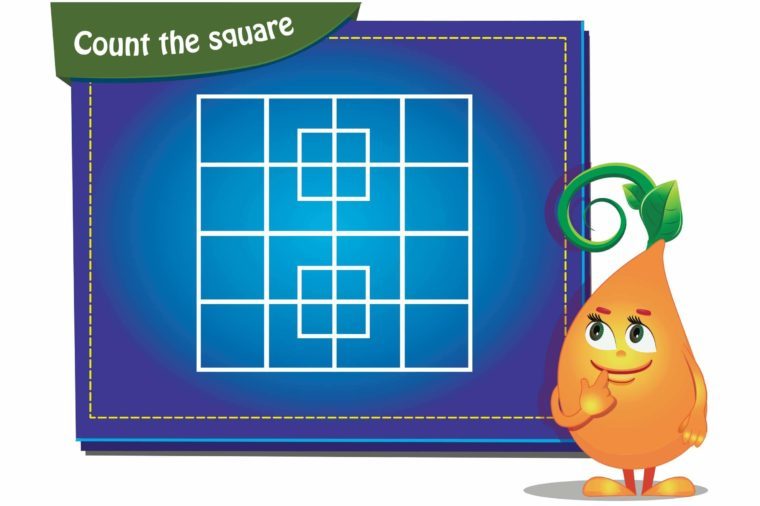 rodnikovay/ShutterstockSounds easy-peasy, but there’s a good chance you missed some key pieces. For a little hint, we’ll even tell you the real answer up front: An eagle eye can spot 40 squares in the picture. (But the real question is: Are you one of the 10 percent of people who can spot this difference in this picture?)

If you’re skeptical that one little picture can hold that many squares, rest assured that tally only includes true squares, with all sides the same length. The key is to get a little creative with how you find those shapes.

You probably already counted the big square making up the picture and the sixteen squares that form the four-by-four (we’ll call those the “medium squares” from now on). The eight smaller squares and the two they create are fairly easy to spot, too. Great, you’re already up to 27! Now come the trickier ones to find. (Though perhaps not as hard as finding the turtle hidden in these lily pads, which 60 percent of people can’t find.)

In the top left corner, you can put four medium squares together to form one larger one. Now do the same with the four on the top right, plus the four in the top center. You’ve now created three more squares, bringing your total up to 30. Do the same in the middle and bottom two-square-tall rows and your tally reaches 36.

For the final four, look for a three-by-three made of nine medium squares. In fact, you can find four of those, to be exact—there’s one sitting in each of the four corners of the biggest square. And there you have it: 40 squares in one simple brainteaser. That wasn’t so hard, was it?

Bend your brain even more with this triangle-counting brainteaser the Internet can’t agree on.