The discovery that depression meds slow the build up of plaques could point the way to effective treatments down the road. 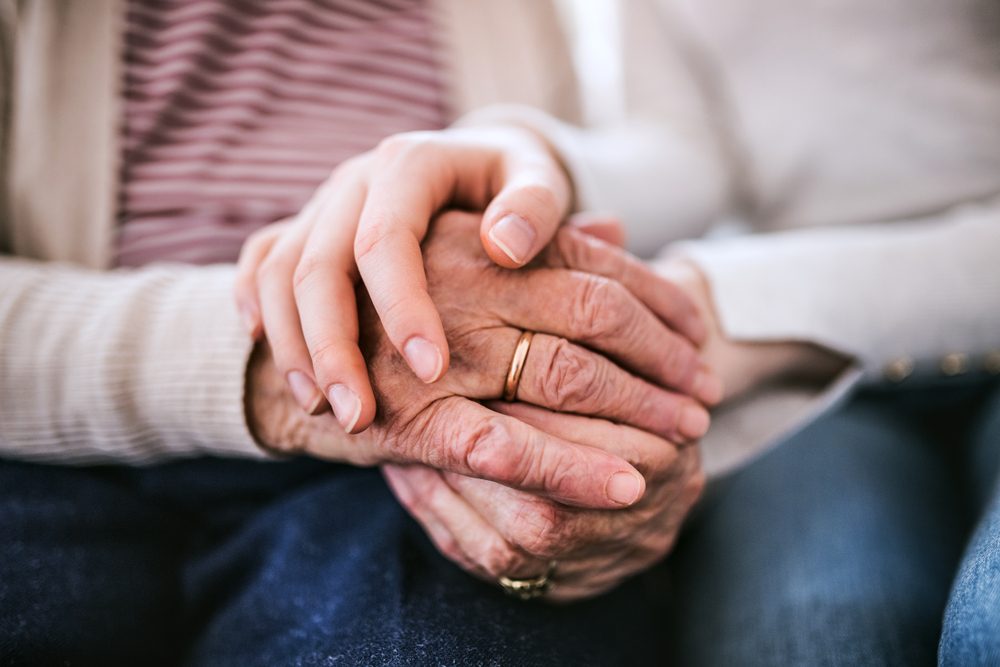 Halfpoint/ShutterstockCaring for a loved one diagnosed with dementia can be nearly as devastating as the disease itself. The swift loss of memory and resulting helplessness can leave loved ones feeling as though they’re living with a ghost of the person they once knew. But there may be hope on the horizon: A common drug may slow the progression of one of the most common types of dementia—Alzheimer’s disease.

The World Health Organization (WHO) estimates that internationally, 47 million people are currently living with dementia. By the year 2030, that number is expected to jump to 75 million and, even more startling, the figure could triple by 2050.

If you or someone you love is at risk, don’t miss these 50 everyday habits that can reduce your risk of dementia. But if you or a family member has been diagnosed with Alzheimer’s specifically, ask your doctor about a type of commonly prescribed depression drug that may help slow its progression. Researchers at the University of Waterloo in Ontario, Canada found that selective serotonin reuptake inhibitors (SSRIs)—in particular, fluoxetine (Prozac) and paroxetine (Paxil)—slowed the buildup of beta-amyloid plaque on neurons, a hallmark of Alzheimer’s. Because many Alzheimer’s patients already take the drugs for mental health issues brought on by the disease, the researchers wanted to see if the mood boosters could help protect the brain.

In an interview with Medical News Today, study author professor Praveen Nekkar Rao said that the connection provides more than hope for Alzheimer’s patients who have been prescribed SSRIs: “The chemical structure of SSRIs presents a type of blueprint for how to develop a medication that will prevent beta-amyloid aggregation,” says Rao.

While researchers will need to do a lot more work to confirm these findings, the results have the medical community feeling cautiously optimistic about developing future treatments.

Learn the key differences between Alzheimer’s disease and dementia.