There’s Only One U.S. State Whose Name Starts with Two Vowels. Can You Guess It?

See how quickly you can figure it out! 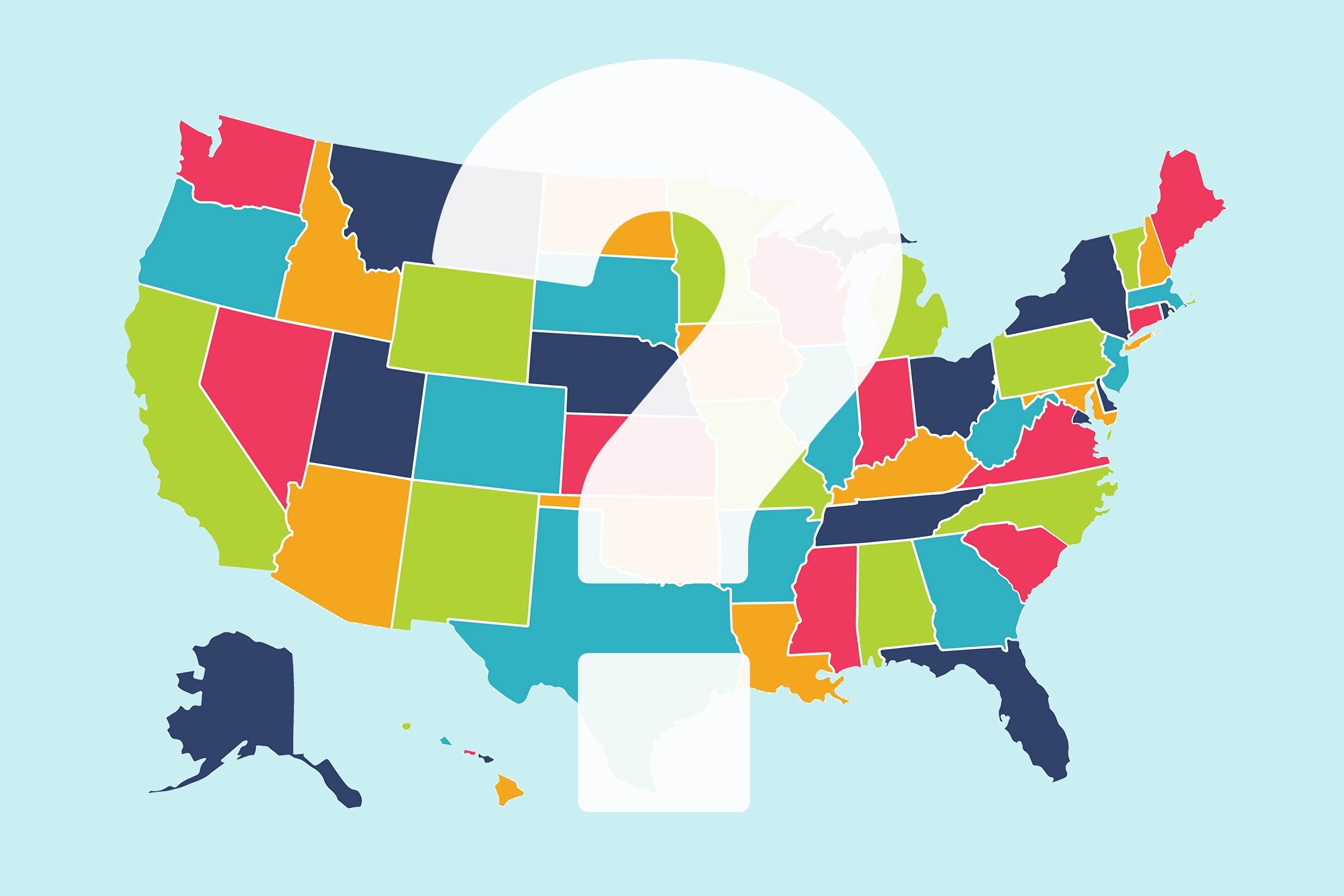 If you picked the name of a U.S. state, at random, out of a hat, you would have slightly less than a one in four chance of choosing one that starts with a vowel. Twelve of the 50 United States have names that start with a vowel. But you’d only have a one in 50 chance of choosing one that starts with two consecutive vowels—because there’s only one. Any ideas which it is? Once you work out the answer, see if you can also figure out which letter never appears in any U.S. state name.

If you live in the midwest, this might have been a no-brainer—specifically, if you live in a certain state situated between the Missouri and Mississippi Rivers. That’s right, the answer is Iowa! Its name, of course, starts with an “I” followed by an “O”—no other state’s name begins with two vowels in a row. (Go ahead, test it out with every other state name that starts with a vowel!) Want to know how Iowa got that name? Here’s the story behind the origin of every U.S. state name.

And that’s not the only vowel-related bit of trivia that makes Iowa unique. It’s also the only state whose two-letter abbreviation consists of two vowels. That may not seem surprising—until you realize that its abbreviation is actually not the same two letters it starts with! The abbreviation for Iowa is “IA,” not “IO.” After all, Iowa does contain four letters, three of which are vowels. (The same is actually true for Ohio, but the distinction doesn’t carry over to its abbreviation, “OH.”)

What about on the other end of the words? Well, ending with two consecutive vowels is less of a distinction for U.S. state names—nine of them do it. In fact, it’s actually rarer for them to end with two consecutive consonants! (Seriously!) And if you think that’s interesting, feast your brain on the strangest fact about every U.S. state.

Facts You Never Knew About Each States

The Strangest Fact About Every U.S. State

U.S. State Facts Everyone Gets Wrong