Here’s Why Reading Aloud Is Good for Your Brain

Meghan Cox GurdonUpdated: May 20, 2020
From the book The Enchanted Hour

Reading aloud, even to other adults, yields surprising rewards.

Not long ago, Linda Khan was sitting by a hospital bed in Houston, feeling ill at ease. Beside her lay her 88-year-old father. His heart was faltering. He needed surgery.

What troubled her almost as much as his health was the fact that all day the two of them had engaged in nothing but depressing small talk. She and her father had always had good conversations, but now he seemed to be sunk in querulous contemplation of his predicament. He talked about the lousy hospital food, the tests, the doctors, the diagnosis, the potential outcomes. The scope of his once wide-ranging interests seemed to have shrunk to the size of the room.

“It is really hard to sit with a person in a hospital,” Khan says. “It feels like there’s nothing to talk about except their medical situation.”

That day in the hospital, her eye fell on a stack of books that people had brought as gifts. Her father had always been a reader, but lately he didn’t have the energy or focus. She picked up Young Titan, Michael ­Shelden’s biography of Winston Churchill, and started to read it out loud.

“Right away it changed the mood and atmosphere,” she says. That after­noon, Khan read to her father for an hour. It was a relief and a pleasure for both of them. Reading gave the daughter a way to connect with her father and help him in a situation that was other­wise out of her hands. Listening allowed the father to travel on the sound of his daughter’s voice, up and out of the solipsism of illness and back into the realm of mature, intellectual engagement, where he felt himself again.

That may be just what the doctor ordered. In a 2010 survey in the United Kingdom, elderly adults who joined weekly read-aloud groups reported better concentration, less agitation, and an improved ability to socialize. The survey authors attributed these improvements in large part to the “rich, varied, nonprescriptive diet of serious literature” that group members consumed, with fiction encouraging feelings of relaxation and calm, poetry fostering focused concentration, and narratives of all sorts giving rise to thoughts, feelings, and memories.

The second-century Greek doctor Antyllus even prescribed daily recitation to his patients, recommending it as a kind of health-giving tonic and declaring that “epic verse is the best for one’s health.”

An epic poem might be a tall order, but in truth almost any kind of reading to another person can be beneficial. That seems to be especially true for Alzheimer’s patients, according to a 2017 University of Liverpool study of 800,000 men and women with dementia. “Reading a literary text together not only harnesses the power of reading as a cognitive process; it acts as a powerful socially coalescing presence, allowing readers a sense of subjective and shared experience at the same time,” the study’s authors wrote.

We are not the only species to benefit from this kind of oral medicine. Dogs do, too, which is why, since 2014, volunteers at the American Society for the Prevention of Cruelty to Animals have read to the animals under the group’s care.

“Ten or fifteen years ago, I was essentially the only person who worked with the neglect and abuse cases,” says Victoria Wells, the organization’s senior manager for behavior and training. “I used to sit with them, in front of their kennels, and play guitar and sing. I used to play the Beatles. I noticed that the dogs who were very fearful, in the back of their kennels shivering and cowering, would slowly creep forward to the front. They would appear to be listening, and they would become very relaxed.”

The dogs’ response to music led in a natural way to the idea of reading aloud. It was a practical means of allowing a larger number of volunteers to minister to recovering animals. Some volunteers keep the animals apprised of current events by reading the newspaper, some choose children’s books, and others prefer adult fiction. On the day I stopped by, a retired opera singer was reading the sci-fi thriller Logan’s Run to half a dozen dogs.

“The dogs really enjoy the reading,” Wells says. “The fact that it’s not threatening but it’s attention all the same is what’s most beneficial. We noticed that it really does assist in the standard behavior treatment. The dogs are much more receptive to us, and they seem more comfortable in their kennels in general … I think it’s that soothing, even tone of voice and the presence of somebody to keep them company that really, really benefits them.” 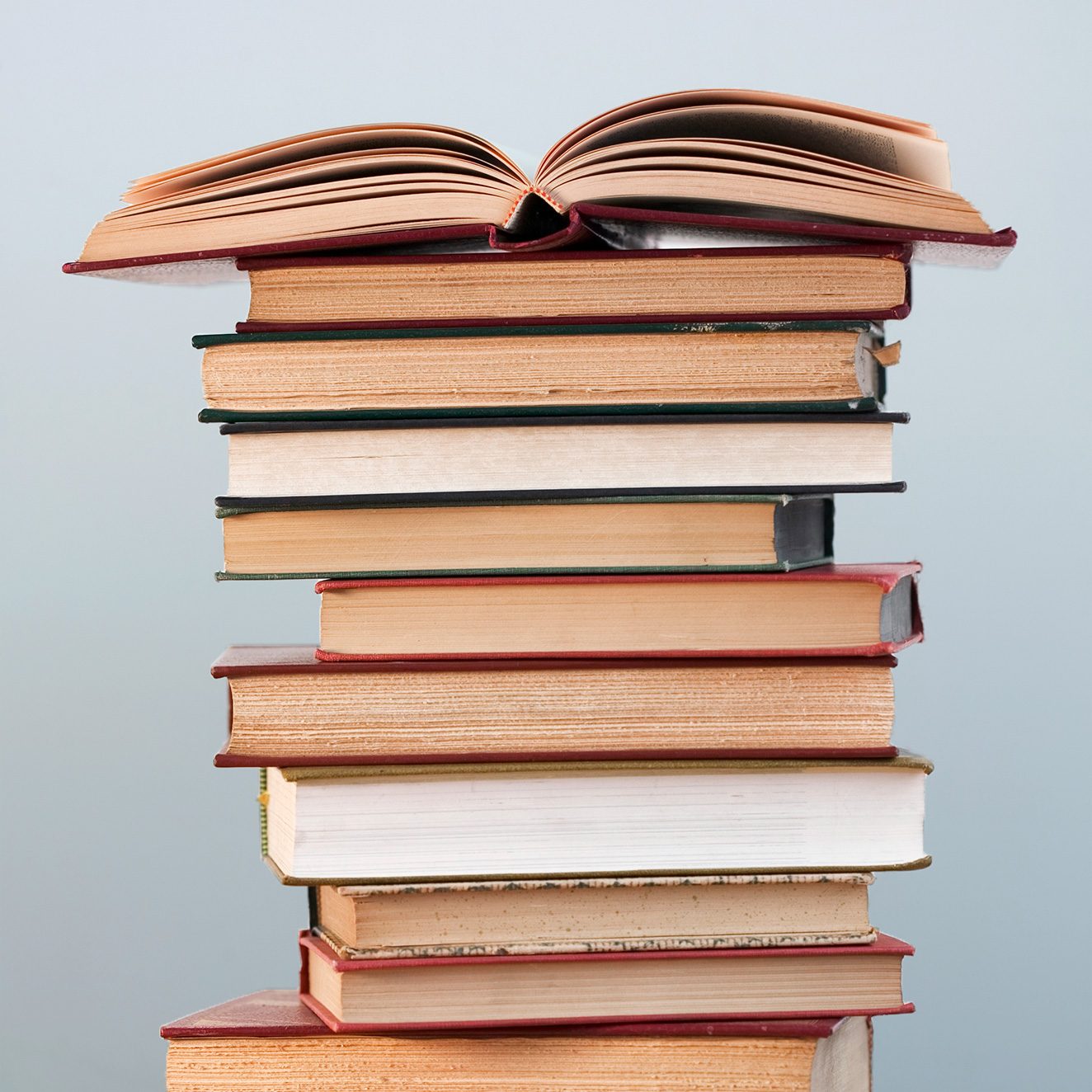 Tetra Images/Getty ImagesReaders get rewards too. For Neil Bush, the late-life hospitalizations of his famous parents, George H. W. and Barbara Bush, became opportunities to repay a debt of gratitude. “When I was a kid, [my mother] would read to me and my siblings,” he told a reporter in the spring of 2018. With his parents in and out of care, he said, “we’ve been reading books about Dad’s foreign policy and, more recently, Mom’s memoir.”

Bush went on, his voice thick with emotion: “And to read the story of their amazing life together has been a remarkable blessing to me, personally, as their son.”

Reading to a spouse, sibling, or parent might seem so far outside the normal range of most people’s regular activities as to be eccentric and a little peculiar. Linda Khan told me that right before she started to read the Churchill biography to her father, she was tempted to put the book down. It felt odd and even improper to presume to read to a man who, for her entire life, had always been strong and independent. She didn’t want him to feel patronized. Her fear was misplaced; they both ended up loving the experience. Like so many others who brave the momentary weirdness of reading to another adult, they were, to borrow a phrase from Wordsworth, surprised by the joy of it.

Who wouldn’t want that? One night years ago, a friend of mine wandered into his family’s living room after supper and picked up a copy of Michael Shaara’s Civil War novel The Killer Angels. Without thinking much about it, he started to read the preface out loud. Immediately, he was joined by his eldest son, who was about 12 at the time. A moment later, his wife came in, followed by the couple’s two young daughters, who at six and eight were not perhaps the target audience for an introduction to Robert E. Lee and Joshua Chamberlain but wanted to be part of a family moment. Within a few minutes, everyone seemed so comfy and engaged that my friend kept reading. It went on for an hour that night. He picked the book up again after dinner the next night, and the next, until he had finished it.

Why Your Brain Needs You to Read Every Day

Best Books to Read as Children (and Adults)

20 Good Books You Should Have Read By Now

11 of the Most Famous Riddles in History