This Woman Sat Next to a Stranger on the Train. Two Years Later, They Were Married.

"Don't talk to strangers. Unless they're handsome." 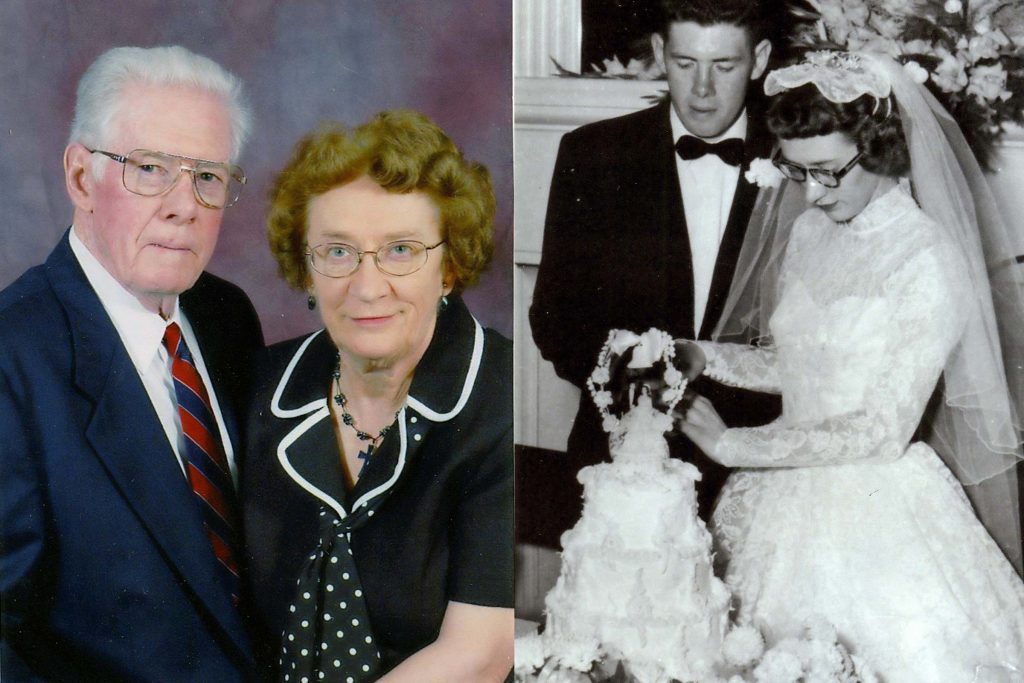 One fall in the mid-1950s, I took some time off and got a train ticket to visit relatives in Cleveland. I was fresh out of school and had begun working as a stenographer and office clerk. On my return trip, I noticed a couple across the aisle—a serviceman and a young woman—having a conversation.

Eventually, I realized the two of them weren’t traveling together after all, but had just met on the train. The woman eventually got off at Rochester, New York, leaving the soldier alone. I couldn’t help noticing his good looks out of the corner of my eye.

He asked if he could look at the train timetable I was holding, and then if he could sit next to me so we could chat. He’s a fast mover, I thought. I’ll have to watch out for this one.

I invited him to share the too-large lunch my aunt had packed for my trip, and we talked all the way to my stop in Oneida. He lived in Albany, two hours away by train, but we exchanged addresses and he said he would be in touch.

After a week, I still hadn’t heard from him and had begun to think he’d forgotten about me. Then, on Saturday, the phone rang and a familiar voice asked if I would like to see a movie with him that evening. He’d come to Oneida, and we ended up seeing On the Waterfront with Marlon Brando at the Kallet Theatre.

We had a few more dates during his Army leave, and then he was assigned overseas. For the next few years, we corresponded and he visited me on other furloughs. In 1957, we married.

We’ve been together more than 55 years, raising three daughters who now have daughters of their own.

Before taking my trip to Cleveland all those years ago, I was warned never to speak to strangers on a train. I’m certainly glad I didn’t listen.